From Africa to the US, policing has its roots in white supremacy 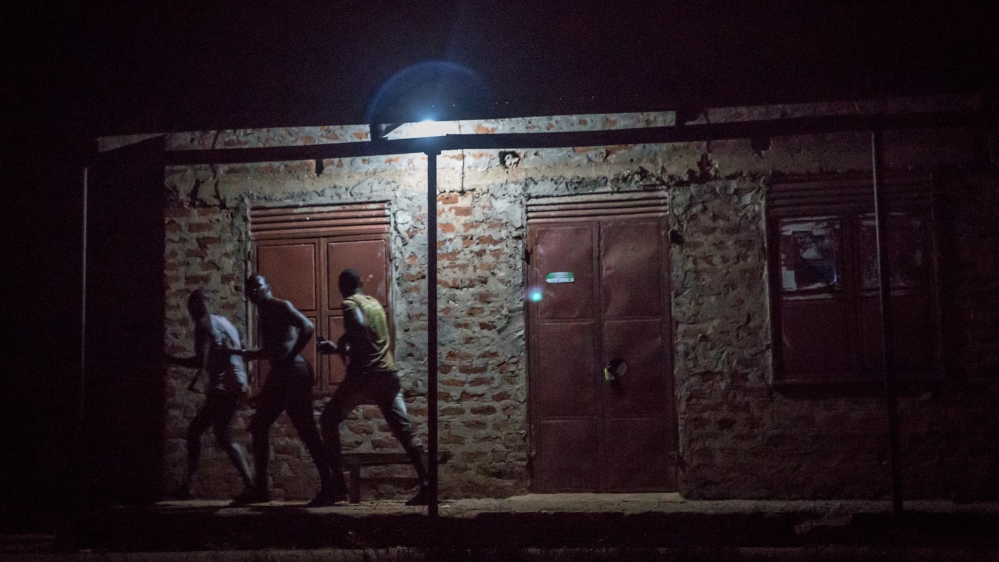 On May 13, at about 5am, men who appeared to be police officers ordered a motorcycle taxi to stop in Jinja, Uganda. The taxi driver, assuming the men were trying to enforce the country’s strict dusk-to-dawn coronavirus curfew and ban on motorcycle taxis carrying passengers, sped off instead. In response, the “officers” opened fire, shooting the taxi’s passenger, food vendor Evelyn Namulondo, in the abdomen.

Namulondo sadly succumbed to her injuries in a nearby hospital two days later. The Ugandan police denied any involvement in the incident, and claimed in a statement to local media the men who shot Namulondo were not officers, but “rebels”.

Her family is not convinced with the authorities’ explanation, and for good reason.

Namulondo is only one of at least 12 people reported to have died at the hands of security personnel enforcing Uganda’s lockdown, with several others badly injured.

In Uganda, it seems, the police view their new responsibility to enforce coronavirus rules and restrictions as a free pass to inflict violence on civilians they deem to be “unruly”. And the problem is not exclusive to Uganda.

In Angola, security forces enforcing curfews killed at least seven people. In Nigeria, 18 people were killed by the police at the start of the lockdown. And in Kenya, the death toll stood at 12 as of mid-April.

I covered Namulondo’s story for a British media organisation. As I talked to her distraught relatives and watched authorities scramble to shift the blame for her death, I could not help but draw parallels between the senseless killings of civilians across the continent by police officers supposedly working to ensure “law and order”, and the cases of racialised police brutality in the United States that gave rise to the Black Lives Matter movement.

In the US, George Floyd was brutally murdered during an arrest for allegedly using a counterfeit $20 bill. Breonna Taylor was shot and killed in her own home, in her own bed, for the “crime” of having a former boyfriend who is allegedly involved in the drug trade. Many more Black men and women were killed, shot at, beaten, arbitrarily arrested or intimidated by police officers for allegedly committing misdemeanours, or like Taylor, merely existing.

These incidents in the US and the killing of Namulondo and others like her across Africa since the start of the coronavirus pandemic have one thing in common: They were all committed by police forces that were established to protect white supremacy.

The white supremacist roots of American policing is well known – the first police forces in the US were “slave patrols” formed to surveil Black people and contain Black resistance. Abolition of slavery did little to change the core purpose of policing in the country, as all expressions of Black freedom were criminalised, and domestic security forces – first white vigilante groups and then formal law enforcement agencies – were designed not to ensure law and order for all Americans, but to protect white communities from Black people.

The violence American police systematically inflict on Black bodies today is a direct consequence of this racist history – protecting Black people was never part of the plan, and it seems, it never will be. It is, after all, counterproductive for an institution built to ensure the continued oppression of Black people to prioritise Black security.

In several countries across Africa, the police forces were founded on similar white supremacist ideals.

Uganda’s police force, for example, was established in 1899 by the British to suppress local resistance to the colonial government’s policies. As Uganda Police Force states on its official website today, back then “Bravery and courage in the police work were judged according to the extent to which local resistance was suppressed, with little regard to force used in suppressing the resistance”.

The case is no different in Nigeria, my home country, where the national police force was established not to ensure the security of the local population, but to stifle dissent to colonial rule. Kenya’s police force was also established during colonial times, to protect the colonists and their business interests in the country.

The history of police in other British and French protectorates is strikingly similar – forces were formed to crush any opposition to colonial rule and – much like it was in the US – help protect white-owned property.

Police forces in colonial Africa served their purpose well for a long time, and helped colonial authorities keep resistance in check. In Nigeria, for example, the police force effectively crushed demonstrations against colonialism in the 1920s and aided the authorities to stamp out the 1940 general strike started by railway workers.

However, the police forces established to protect colonial regimes across the continent did a lot more than quelling resistance. They also helped cement the notion that Africans are “wild”, “primitive” and categorically incapable of policing themselves without Western intervention and guidance. They helped white colonialists create the perception that all forms of Black dissent are criminal, and that white supremacy is moral and its institutions are necessary for keeping order.

These perceptions are still alive and well in post-colonial Africa. This is why when the coronavirus pandemic hit the continent, the police forces that are tasked with ensuring public safety and protecting public health immediately turned their weapons towards the members of the public who they deemed incapable of following orders and demonstrating unconditional obedience.

As the US finally starts to come to terms with the current and historical racism and brutality of its police, a similar reckoning is needed in countries across Africa that still rely on institutions built on colonial mindsets and racist world views to police their populations.

White supremacists, both in the US and in colonial Africa, tried to legitimise their brutality by claiming Africans are inferior and even inhuman. They relied on people seeing Black bodies as not worthy of protection, crafted to be controlled, to be policed, to be taken advantage of, and to be invaded.

These are the precepts on which the police force in the US and in several countries across Africa are built – precepts that have led to the deaths of Evelyn Namulondo, Breonna Taylor, George Floyd, and countless others.

Police forces built to protect white supremacy and suppress Black resistance cannot be trusted to protect the public – in the US and in Africa. How do you steer to the direction of security and protection, a system that was intrinsically fashioned on the control of a particular race? How do you reform this?

If we continue to ignore this reality, Black people will continue to be killed with impunity for speaking up, resisting, dissenting or merely existing.

The views expressed in this article are the author’s own and do not necessarily reflect Al Jazeera’s editorial stance.