In a chat with GISTLOVER Mercy Aigbe claimed that she is the easy-going type, and every report stating she humiliates her rival, Adekaz’s first wife, was false.

The mother of two, who later apologized for her behaviour, said there is more about her marriage than what was publicized on media.

Funsho Adeoti claimed Mercy Aigbe was trying all possible means to get her attention which she was not ready to give. She further stated that her separation from her husband, Adekaz, was his loss, not hers.

Sharing these details on Instagram, Gist Lover warned Mercy Aigbe to stop taunting her rival; instead, she should have celebrated her son’s birthday in her or her ex-husband’s house.

GISTLOVER WROTE ON INSTAGRAM: HELLO TUEH TUEH , OTUN TI ZEH OOOO, GLB NATION, BE LIKE THAT DAY WEY MERCY COME ENTER DM TELL US SAY SHE NO GO DISTURB THE FIRST WIFE AGAIN , BE LIKE NA CHAIR WEY NOR GET LEG SHE PUT US ON OOO, THIS CHAT UPLOADED IS BETWEEN ASIWAJU AND ONE OF HER FRIEND , THE FIRST WIFE( ASIWAJU COUTURE ) TALK SAY MERCY STILL DEY DO THE PEPPER THEM OOO, SAY BUT NOW NA LOW KEY SAY SHE DEY RUN FROM VAWULENCE NATION MAKE THEM NO DRAG AM LIKE I PASS MY NEIGBOUR NISAN GENERATOR T WAS REVEALED IN THE CHAT SAY MERCY CARRY HER PIKIN,NIWON COME THE HOUSE WEY ASIWAJU AND HIM WIFE BUILD , SAY NA THE HOUSE THEM MARK THE BOY BIRTHDAY SAY SHE COME BEGIN POST AM FOR WHATSAPP DEY PEPPER THEM, SAY SHE NO GREE POST AM FOR INSTAGRAM MAKE ANOTHER BOTTLE FOR NO HIT AM UNEXPECTEDLY THIS DRAMA EVER GOING TO END ???? THIS IS WHY I ADVISE PEOPLE , STAY YOUR LANE , LEAVE PEOPLE HUSBAND , BECAUSE THIS WAHALA NA FOR LIFE OOOOO EHI WEY DEY FO JAGABAN SEF DON GO BEG CYNTHIA FOR BACK LOWKEY 😂😂WHEN THAT ONE DON DRAG AM GO COURT FOR US AND THEM DECLARE EHI WANTED AS SHE NO SHOW UP FOR COURT , THEM DON GO SETTLE AM LOWKEY BECAUSE HOW YOU GO DEY GO COURT ONTOP PRICK WEY YOU DON LEAVE ,DURO NO DEY REIGN AGAIN FOR EHI SIDE NA JUST MANAGEMENT THEM DEY USE DURO DO NOW, IF YOU SEE THEM POST PICTURE TOGETHER NA DAMAGE CONTROL BECAUSE AUNTY EHI DON CATCH ANOTHER FISH , NA EVERY 3MARKET DAYS THAT ONE DEY FALL IN LOVE BACK TO MERCY ORE LARRIT MATTER 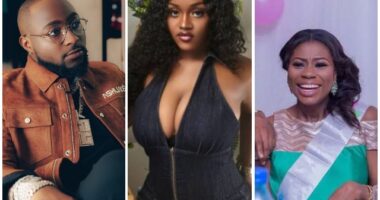 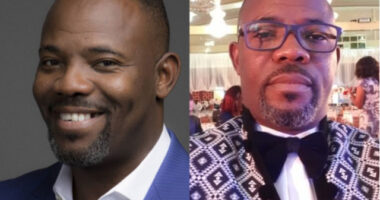 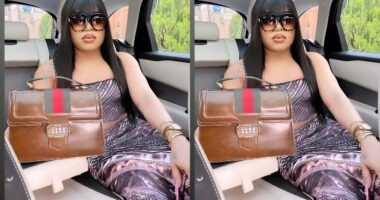 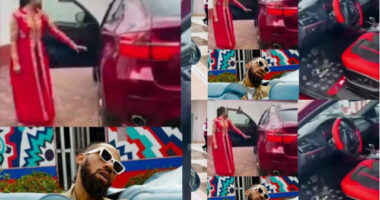 Popular Anambah cleric, Prophet Chukwuemeka Odumeje, has transited into the world of…