Alesha Dixon has revealed she had a very strong response to Diversity’s Black Lives Matter performance on Britain’s Got Talent.

The judge, 41, revealed how as she watched the troupe’s routine she grew emotional and ended up sitting ‘in floods of tears’, reports The Mirror.

Since being aired on September 5, Ofcom has received 24,041 complaints about the dance with some critics saying it had politicised the entertainment show. 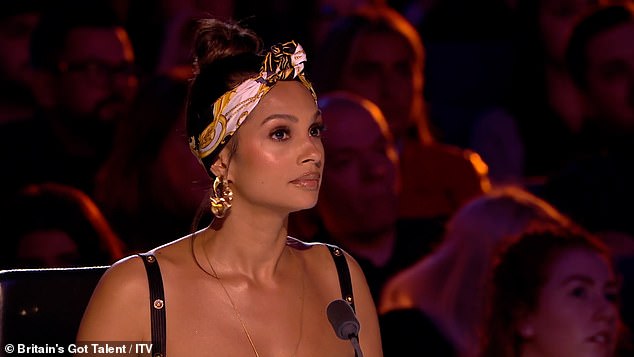 Emotional: Alesha Dixon has revealed that she was left in ‘floods of tears’ after watching Diversity’s BLM dance routine on Britain’s Got Talent

However Alesha has made it clear that she supports the performance, revealing her reaction to being in the audience.

Alesha said: ‘On the day of the performance, the camera didn’t actually pan to the judges and I was sitting there in floods of tears.

‘I had this overwhelming feeling of “Wow I can’t believe I am watching this on BGT”. It felt really important.’

The singer also praised dancer Ashley Banjo, who is covering for Simon Cowell while he recovers from back surgery after falling from his electric bike, in her interview 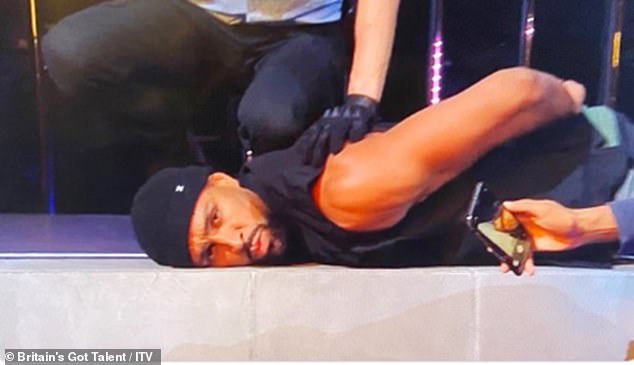 Powerful: The TV judge said it felt ‘really important’ to be watching the BLM inspired dance on the talent show (pictured Ashley Banjo during the routine)

Alesha said: ‘He is the perfect person to step in for Simon – and talk about making an impact on your first week!’

This isn’t the first time that Alesha has spoken about the dance, with her telling critics to ‘kiss my black a**’ on Instagram last Friday.

Alesha commented under an post from a disgruntled social media user, who said: ‘We the Great British Public will only support you if you entertain us and do not say anything about racism.’ 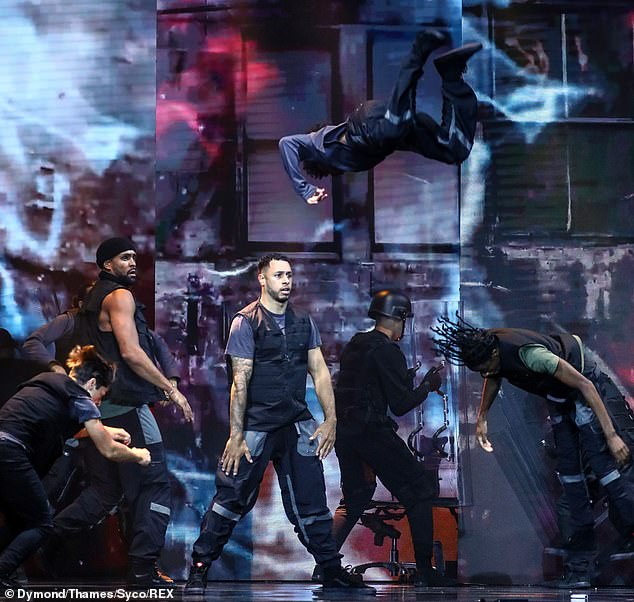 Hard hitting: The routine, which narrated the death of black man George Floyd beneath the knee of a white police officer, divided fans after it aired during the live show on Saturday September 5th

The comment referred to the BLM-inspired dance, which some have claimed had politicised the entertainment show, with one Twitter user insisting ‘they are a dance group not a political movement.’

We the Great British Public will only support you if you entertain us and do not say anything about racism. Thank you for your understanding.’

Supportive: The singer previosuly gave her support to Ashley when he shared a post on Instagram from a troll telling him to keep politics out of entertainment 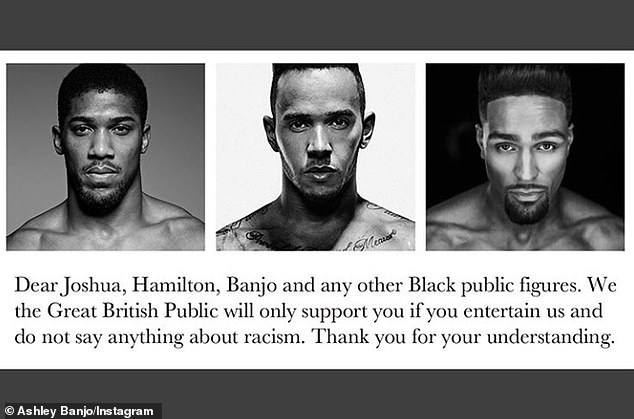 Calling it out:  Ashley posted a comment from one troll who referred to him, Anthony Joshua and Lewis Hamilton, and said they shouldn’t ‘say anything about racism’ 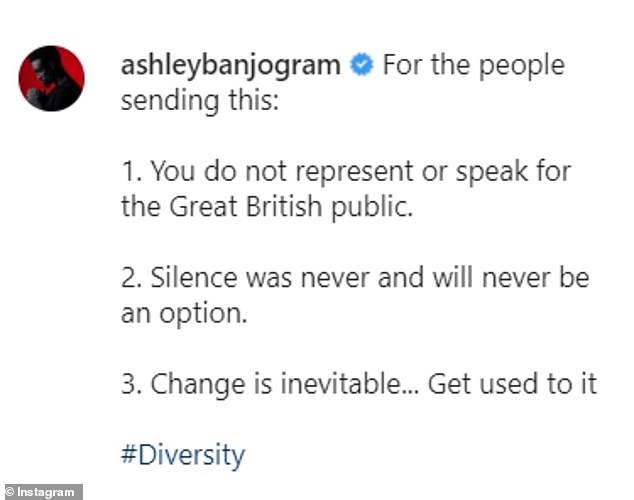 Response: Ashley wrote back, ‘1. You do not represent or speak for the Great British public. 2. Silence was never and will never be an option. 3. Change is inevitable… Get used to it’

Ashley shared a screenshot of a message written by a critic to his Instagram, and said in the caption: ‘1. You do not represent or speak for the Great British public.

‘2. Silence was never and will never be an option. 3. Change is inevitable… Get used to it.’

Alesha wasn’t the only celebrity to throw her support behind Ashley, as fellow Britain’s Got Talent judge Amanda Holden commented with a heart emoji.

And former Britain’s Got Talent judge Piers Morgan retweeted a post made by Diversity member Ashley, adding: ‘I thought it was great. Ignore the haters, Ashley. Proud of you.’ 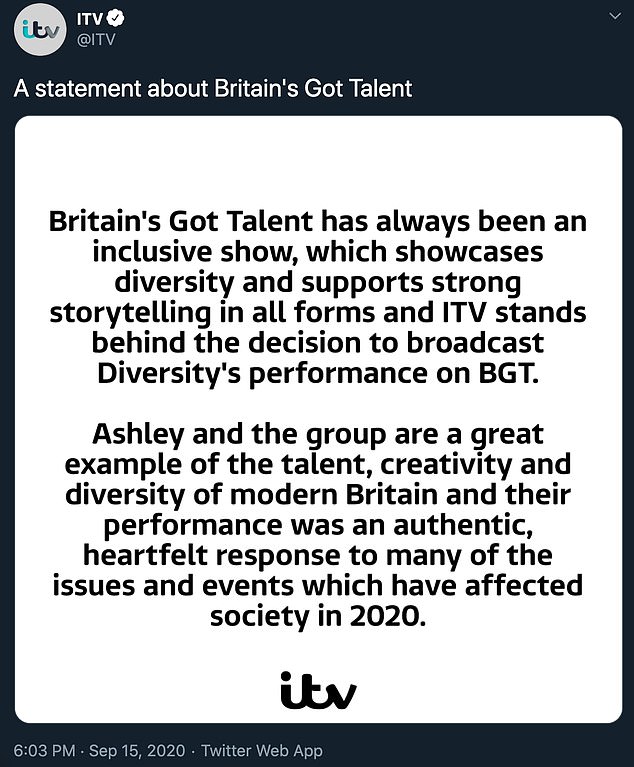 Support: The broadcaster shared a statement on their Twitter page as the furore continued

Support for Black Lives Matter has dropped among Americans since start of the unrest, new poll finds