Judge would dub Beavis and Butt-Head’s voice over music videos. Whether they mocked the video or celebrated it, their commentary was hilarious. However, Judge’s first test with a Sinead O’Connor video didn’t even have dialogue and it still worked.

“I was suggesting videos and I wanted the most serious one I could think of,” Judge said on Basic. “It was ‘Nothing Compares to You’. It was funny because the editor was just slugging in [a still frame] just to see what it looks like cutting to the couch and back to the video. So it was just a shot of Beavis and Butt-Head not saying a word, just sitting there and it got a big life any time it cut to these two dumbasses on the couch. I thought wow, this is almost too easy.”

Beavis and Butt-Head began when Judge drew the animated short “Frog Baseball.” After the short premiered on “Liquid Television,” MTV wanted to make it a series. The only thing was, on MTV there had to be music videos involved.

“When they did a deal with me just to have the characters, they flew me up there and had sort of a general meeting,” Judge said. “I didn’t really know what, I don’t know if they were sure either what they wanted to do with the characters. One of the first things that was discussed was what about making them animated veejays? And I thought okay, but I was sort of in a position of “I’ll do whatever you guys want.’”

Judge struggled with the idea of Beavis and Butt-Head speaking into a microphone to the camera. He came up with the alternative that they are sitting on their couch watching MTV.

“Mystery Science Theater 3000 had just come out,” Judge said. “Julie Brown had the sketch show. She was on MTV briefly. I remember seeing her around that time hosting a show where she’s introducing a music video. She goes, ‘Don’t worry, I’m not going to make you watch it alone.’ She grabs a folding lawn chair and sits. You see the video full screen but she’s green screened sitting there behind her watching the video with you which I thought was funny.”

Beavis and Butt-Head continued to have animated adventures in the series. However, the music video watching segments became many fans’ favorite parts. Judge said those were where he found the personalities of his slacker heroes, too.

“It ended up really helping me develop the characters to have to improv over those videos,” Judge said. “David Felton was also known as the oldest MTV staff writer, former Rolling Stone writer, Pulitzer prize winner and was just a really funny guy. He was a big advocate of saying it should be more than just watching these videos. Let’s have a two-minute cartoon in the middle of each segment too. Those grew to five minutes, then six or seven eventually. That’s how it came about.”

RELATED: ‘Daria’ Was a ‘Beavis and Butt-Head’ Spinoff That Began on a Paper Plate 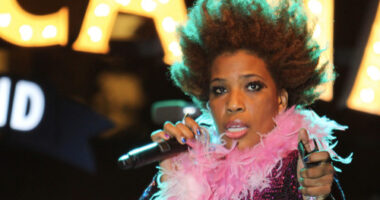 Let’s find out “Who Is Wimbledon Umpire Marija Cicak Partner?” When they… 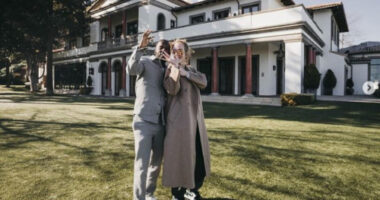 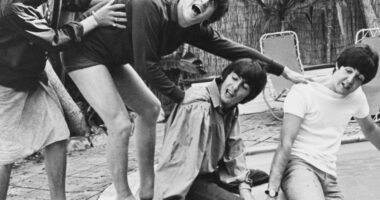 At 42, Satchel Paige was the oldest rookie in Major League Baseball…

As a result of the blockades, food shortages became rampant across the…
Share on Social Media
twitterfacebookpinterestlinkedintumblrredditwhatsapptelegram