The Duke and Duchess of Cambridge have posed for their first official joint portrait. 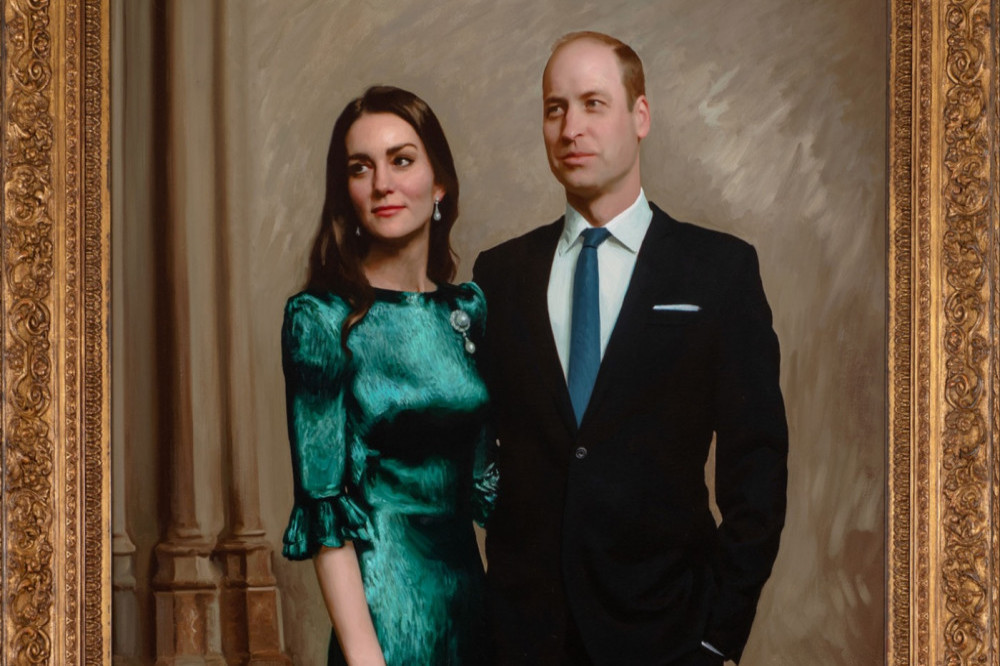 A new portrait of the Duke and Duchess of Cambridge

Prince William and his wife Catherine sat for British artist Jamie Coreth at Kensington Palace twice together and once each separately so he could work on the painting, which was commissioned at the time of their 10th wedding anniversary in April 2021 and is intended to celebrate their ties to Cambridgeshire.

The portrait was commissioned by the Cambridgeshire Royal Portrait Fund as a gift for the county and the royal couple helped choose the artist, with Catherine thought to have seen his work at the National Portrait Gallery, of which she is patron, when he won the Young Artist Award at the BP Portrait Exhibition.

The pair viewed the finished work at the University of Cambridge’s Fitzwilliam Museum on Thursday (23.06.22) as part of their day visit to the county.

The artist admitted it had been an “extraordinary privilege” to have been chosen for the work.

He said: “It has been the most extraordinary privilege of my life to be chosen to paint this picture.

“I wanted to show Their Royal Highnesses in a manner where they appeared both relaxed and approachable, as well as elegant and dignified.

“As it is the first portrait to depict them together, and specifically during their time as The Duke and Duchess of Cambridge, I wanted the image to evoke a feeling of balance between their public and private lives.

“The piece was commissioned as a gift for the people of Cambridgeshire, and I hope they will enjoy it as much as I have enjoyed creating it.”

William is depicted in a suit and blue tie, while Catherine donned a green Vampire’s Wife dress, which was accessorised with a brooch belonging to Queen Elizabeth and earrings once owned by her husband’s late mother, Princess Diana.

The city of Cambridge is represented in the background with “the tones and colours of many of the historical stone buildings that are synonymous with the city” and it also features a hexagonal architectural motif which can be seen on many local buildings.

After three years on display at the museum, the portrait will be taken on a tour of local galleries and community spaces and will be loaned to the National Portrait Gallery in 2023 when the facility reopens. 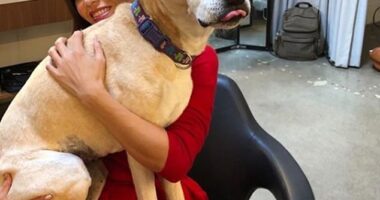 Let’s discuss “How Did Puppy Girl Jenna Die?” People are interested in… 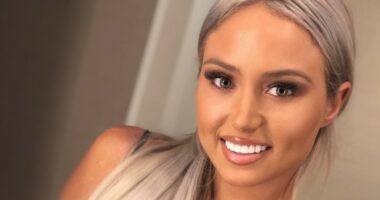 If everyone had a body like Georgina Gentle, they would certainly not… 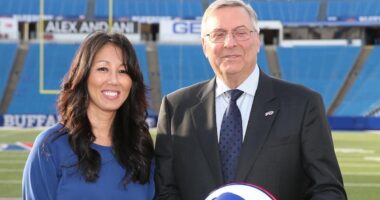 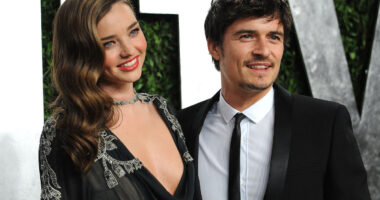 Orlando Bloom has been in the spotlight for several decades. As a…