R. Kelly is preparing to face sentencing in his first of several criminal cases for sex trafficking and related crimes. The singer has already been found guilty in the first trial and faces life in prison. Kelly’s team is trying their hardest to escape a life sentence. In their final attempt to do so, they are bringing up his marriage to Aaliyah.

The singer denies bribery in his illegal marriage to Aaliyah

Radar Online reports that in an attempt to avoid being sentenced to life in prison on his Brooklyn criminal charges, Kelly is denying “using” Aaliyah in a bribery scheme ahead of their 1994 wedding. He is scheduled to be sentenced this summer. Kelly’s lawyer is requesting the federal judge overseeing the case give Kelly leniency and sentence him to between 14 and 17.5 years.

Jennifer Bonjean, Kelly’s lawyer, denies the allegations against Kelly in connection to his marriage to Aaliyah. It’s been widely reported that Kelly and his camp obtained an identification that listed Aaliyah’s age as 18 at the time of their wedding, when in fact she was 15.

It’s not the first time Kelly’s team has spoken about the marriage. The Daily Beast reports that Kelly’s former tour manager testified in his Brooklyn criminal case. As he stated in the Surviving R. Kelly documentary, he helped orchestrate the illegal marriage. In order for immunity, he testified that he obtained a fake ID for Aaliyah.

“It shouldn’t have happened. It was wrong,” Demetrius Smith said of his participation. “I shouldn’t be talking about Aaliyah, she’s not here.”

The fake ID did not have a birth date. It was one of two cards Smith helped Kelly and Aaliyah illegally get for the nuptials. He says the marriage came about because Kelly came to him in a panic under the belief that Aaliyah was pregnant with his child. Kelly was afraid he could go to jail as a result.

The minister who officiated the ceremony took the stand in R. Kelly’s criminal trial

Smith wasn’t the only one involved in the wedding to take the stand. BuzzFeed reports that Nathan Edmond, now 74, who ministered the wedding, spoke publicly for the first time since the 1994 ceremony. He said he was clueless as to who he was marrying.

“I didn’t think it was anybody special — I didn’t understand it at all,” he said, noting he officiated the ceremony as a favor to a friend. “A friend of Mr. Kelly’s, who was also a friend and associate of mine, asked me to do him a favor,” Edmond continued, explaining he and the mutual friend worked together in real estate.

According to Edmond, the ceremony lasted “about 10 minutes or less.” He explained that the only attendees were himself, Kelly, Haughton, the mutual friend, and “about three other gentlemen” whom he did not know.

He was even asked to sign a confidentiality agreement ahead of the ceremony. “I looked at it, I read it, then I kind of chuckled…and said it wasn’t worth the paper it was written on.” Instead, he gave a verbal agreement that he wouldn’t tell.

RELATED: Damon Dash on R. Kelly and Aaliyah’s Marriage: ‘I Knew All of That’ 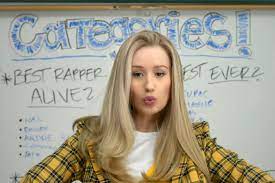 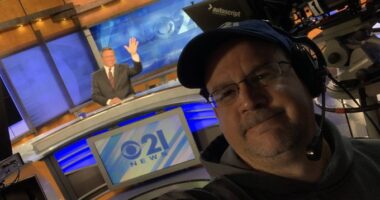 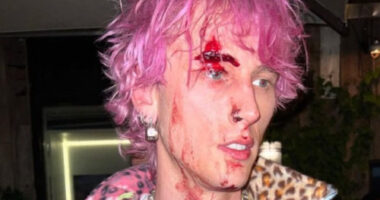