Clint Eastwood health: The anti-anxiety technique star has used for ‘over 40 years’

The star who first shot to fame in the mid-1960s has gone on to win a whopping four Oscar awards and four Golden Globe awards, with his memorable roles creating an enduring cultural icon connected with masculinity. In his older age, many fans have become more obsessed with how he stays in good health as many of the co-stars from the golden age of Hollywood have suffered from a terrible fate. Having had a father who died of an early age due to cardiovascular disease, Eastwood is determined not to follow in similar footsteps and in the past has revealed his strict approach to both exercise and diet.

With his last project Cry Macho coming out only last year when Eastwood was 91, the fact he is still working is remarkable. “I don’t look like I did at 20, so what?” the actor exclaimed in a 2021 interview when asked about being teased about his age.

“That just means there are more interesting guys you can play.”

Despite his claim, Eastwood remains conflicted about acting in his old age, as he went on to say: “What the hell am I still working for in my 90s? Are people going to start throwing tomatoes at you?

When consulting a close friend on ageing and how to cope, Eastwood said that he was advised to “never let the old man in,’ and after the shock loss of his father, the star remained adamant that he never would.

Opening up about his own health choices and diet, Eastwood went on to say: “I’ve never carried much body fat, but I’ve always been pretty good about watching my diet.”

The star then went on to give critical advice to others who may be struggling with their health. He said: “Stay away from carbohydrates, especially rich desserts.

“Keep a scale in your bathroom. Get proper rest. Try to be optimistic. Eat fruits and raw vegetables. Take vitamins. Skip beverages loaded with sugars. Avoid alcohol in excess.”

The star’s extremely healthy traits are something he has been able to pass onto his son Scott, who revealed that the whole family live by what is known as the “Eastwood Code”.

Back in May 2017 he explained that the code, which is in actuality more like a state of mind, consists of the following: “Whatever you’re doing, you actually try to do your best at it every time.

“Just do it and then move on. You don’t ever backstab people or f* someone over — you don’t have integrity if you do that. You show up on time for stuff. And you don’t b** and complain about what you’re doing.

“My dad is a machine about food and exercise,” Scott goes on to say. “He showed me how to lift when I was 14 or 15 — the bench press and other basics. He made it clear it was more important to do the moves correctly than to put on more plates.”

It is clear from his son’s comments that Eastwood also maintains his fitness through exercise. In fact, Scott shared that just like his father his life is a 90/10 balance. 90 percent is healthy eating while 10 percent is exercise.

Speaking about his own exercise routine in the past Eastwood shared that he always prioritised muscle training exercises until he served in the military. There he discovered weights and became slightly obsessed with what is now referred to as body building.

As well as physical exercise, to keep his mind “on point”, Eastwood has used the same meditation technique for over 40 years. The technique, known as transcendental meditation and is a 20 minute practice, usually carried out twice a day that enables the mind and body to access a special quality of rest.

Unlike other mediation techniques, transcendental meditation does not involve concentrating but aims for individuals to empty their minds and find a state of peace.

Talking about the practice that he has favoured for numerous years, the actor said: “I have been using transcendental meditation for over 40 years and it is a great tool for anyone to have to use for stress and anxiety. It is something that can benefit everybody.”

It is never too late to decide to live a healthy lifestyle. In fact, as you get older it becomes even more important that individuals exercise regularly and eat a healthy diet.

In fact, in the Johns Hopkins-led Multi-Ethnic Study of Atherosclerosis, which tracked more than 6,000 people ages 44 to 84 for over seven years, those who made “good-for-you” changes like quitting smoking, following a Mediterranean-style diet, getting regular exercise and maintaining a healthy weight decreased their risk of death in the time period by 80 percent.

The following tips are recommended by Johns Hopkins Medicine to help those of an older generation to stay healthy: 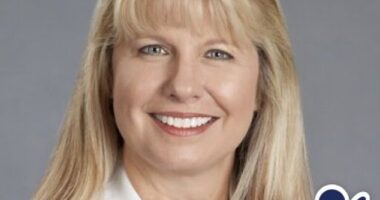 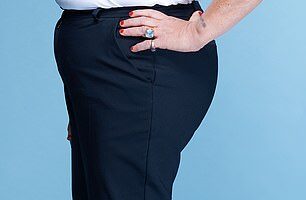 Holiday season is finally here and, for every body-positive woman who has… 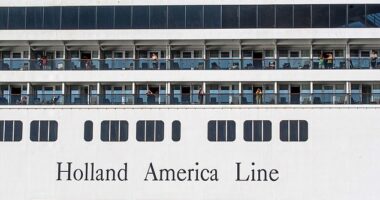 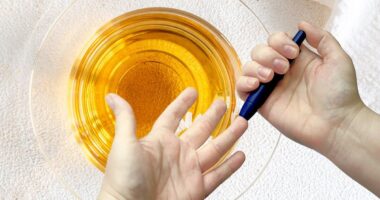 The researchers concluded: “Short-term intake of chamomile tea has beneficial effects on…

Robert Irwin is all grown up and now we feel old. Post…

A UPS driver named Esteban Chavez Jr. is now dead after a…