It should have been a career highlight. Instead Kieran Brookes had to watch the Premiership final on TV, due to a Covid outbreak at Wasps — despite testing negative.

No wonder the England prop found it so tough to take, after playing such a key role in the glorious revival which propelled his club into the decider against Exeter at Twickenham.

‘I was absolutely gutted,’ he said. ‘I was distraught. It would have been my first final. 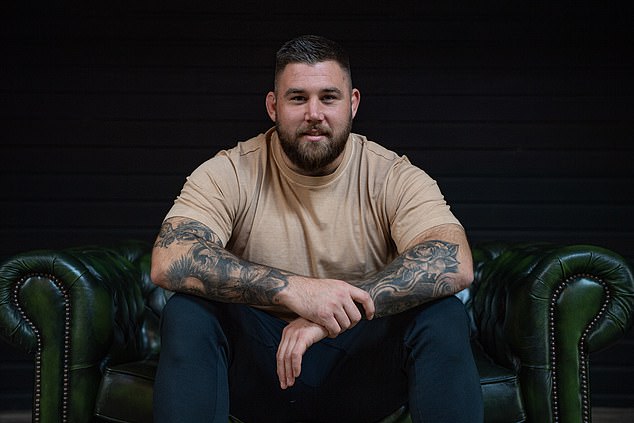 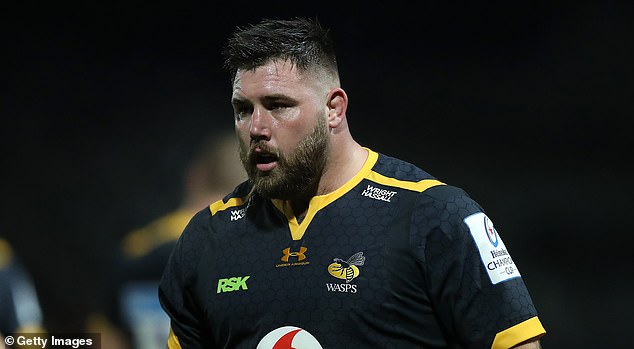 ‘I tested negative but my housemate tested positive and through contact tracing I had to go into isolation. She’s a physio at the club, so she was devastated to miss the final as well.’

Wasps went on to lose the final 19-13, having been on the verge of snatching the title from Exeter in the closing stages.

Forced to follow events from afar, in quarantine at his girlfriend’s house, Brookes did not enjoy being a helpless spectator.

‘It’s probably worse watching, because at least when you’re playing, you can do something about it,’ he said. ‘Watching on TV, especially in the last 15 minutes, it was head-in-hands stuff.

‘Unfortunately, it wasn’t our day. It was agonising to watch but one of the texts I sent to the coaches just said, “I’m gutted for you all but let’s go and win it next year”.’ 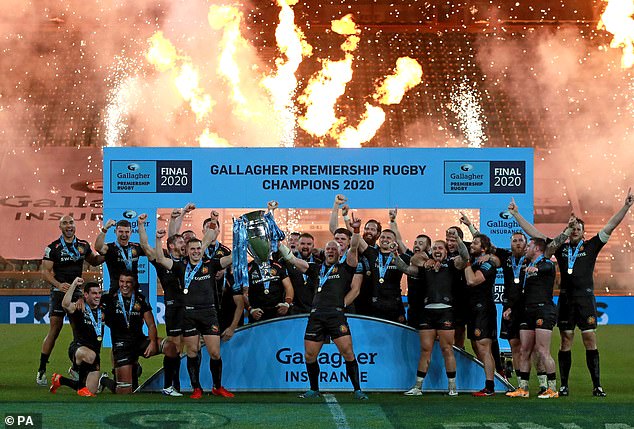 Brookes is perhaps more at ease being on screen rather than in front of it, as a full-time sportsman and part-time thespian.

‘I went to drama school when I was younger,’ he said. ‘There was a student at my school whose dad worked for a company in Blackpool which managed actors and extras.

‘They asked him if his son knew anyone at school who was larger than a normal 16, 17-year-old, so he sent a picture of me and they were like, “Yep, get him in!”

‘I was in Coronation Street for one or two episodes, as an extra. My character was pushed over a wall by an old woman. I was in her way; that was it! I was also in one episode of Shameless and in a dancing programme called Britannia High — just in the background. 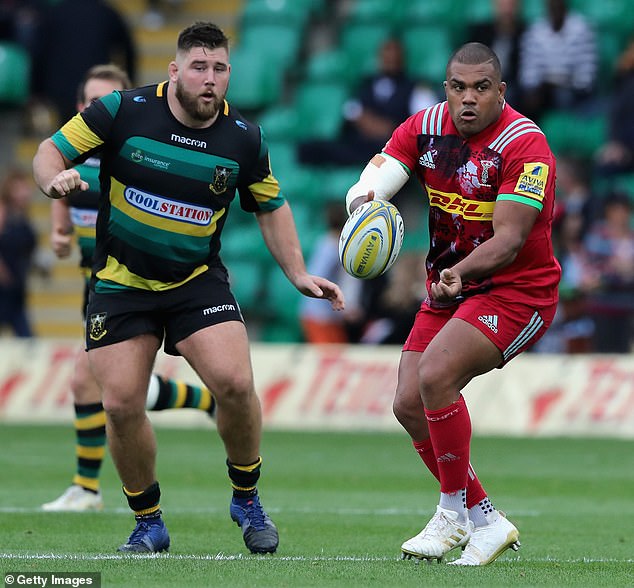 ‘When I was playing at Northampton, Ethan Waller used to organise a Christmas nativity play every year and I played Mary. Ben Foden was Joseph. That was quite funny!

‘I had to wear a little crop top and I ended up being pregnant with Jesus. There were 100 people in there watching, so I’m sure there’s some footage out there somewhere, but it was just a bit of fun. I enjoyed it.’

There is no way an old woman could push Brookes now. He has become a fulcrum of the Wasps pack since Lee Blackett took charge last February.

Yet, as a player who has often gone up and down in weight to fit in with different clubs, coaches and objectives, Brookes is in a relatively lean phase. His time during last season’s lockdown was spent on a two-wheel exploration of Warwickshire and beyond. 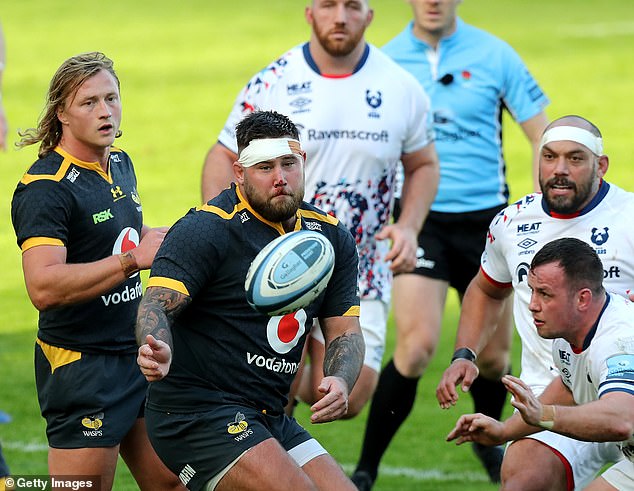 ‘I was going out every day on a bike that I bought off our doctor, Ralph,’ he said. ‘I’d be out on it for hours, going all over the place; up to Leicester and down to Oxford. The furthest I went was 82km — and it is very hilly around here.

‘I lost a lot of weight. I was about 132kg and I went down to 118kg. But when I was scrummaging I realised that being that weight probably wasn’t the best for me, so I’m back up to about 124kg now.’

Brookes won 16 caps for England between 2014 and 2016. He was seen as the long-term successor to Dan Cole in the national team, before losing ground and seeing Kyle Sinckler come through as the chosen tighthead. 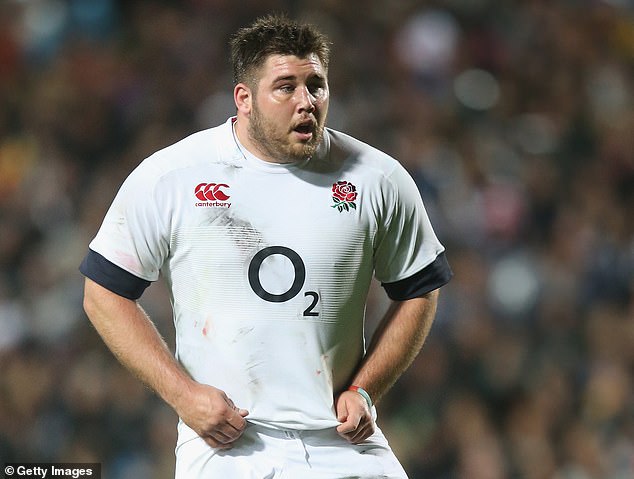 Despite being involved in the ill-fated 2015 World Cup campaign, he recalls his Test experiences fondly and would relish a chance to play for his country again.

‘Making my debut was a massive moment — against New Zealand in Dunedin,’ he said. ‘My dad flew out on the Thursday when he found out that I was going to be involved.

‘He left again in the early hours of the Sunday. He just said, “I can’t miss this”!

‘That was a good memory. The negative side was the 2015 World Cup, then I only played a small part in the next Six Nations and my form declined after that. Eddie Jones rang me and said, “I don’t think you are playing anywhere near as well as you can”.’

Asked if England’s coach has been in touch since, Brookes said: ‘Er…no. We’d had a few brutal conversations. He told me how he thought I’d been playing and I respected him for being honest. 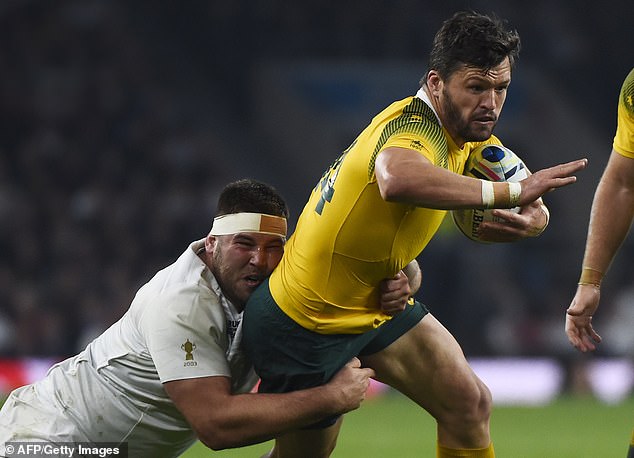 ‘It’s always in the back of my mind, rather than the forefront, because I’ve not been in contact with Eddie, but that doesn’t mean I’m not desperate to play for England again.’

Now 30, Brookes has been demonstrating his Test pedigree. The transformed tighthead has provided a strong platform for Wasps to return as a major force.

Today, he will do what he missed out on at Twickenham, by locking horns with the Chiefs.

He was ruled out of his side’s last outing — when the weakened visitors won impressively at Sale — having made every effort to take part, contrary to Blackett’s quip that he had overdosed on turkey.

‘I woke up on Christmas Day with horrific back spasms,’ said Brookes. ‘I did all I could to play. I went up to Sale lying in the aisle of the bus, but I had a few tests and it just wasn’t right.’

It is right again now, so Brookes will be back in his element; on the screen, playing his part and striving to help Wasps reach another final, to make up for being forced out of the last one. 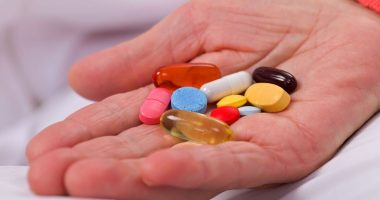 The researchers explained: “The key findings support that 90-day prebiotic/probiotic supplementation may… 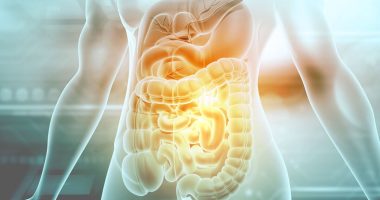 Parkinson’s disease may begin in the gut and spread to the brain,… 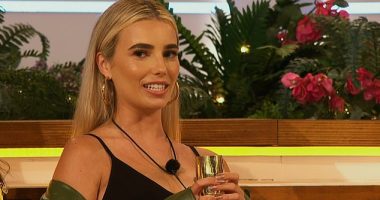 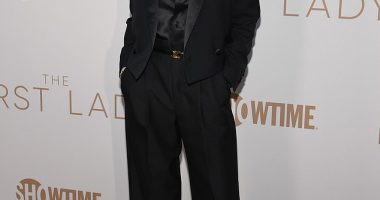