LEADVILLE, Colo. — A 29-year-old from Leadville was found guilty on Wednesday of murdering his uncle in September 2020.

On Wednesday, Eric Christopher Gurule, 29, of Leadville, was found guilty in the first-degree murder of his uncle and former boss, Randy Flores, 55. A jury deliberated for a few hours before they found him guilty, according to the 5th Judicial District Attorney’s Office.

On Sept. 3, 2020, Lake County Sheriff’s Office deputies responded to 1732 Highway 24 after receiving a 911 call. When they arrived, they found Flores deceased in his home.

Deputies saw signs of a struggle in the home, which had significant damage.

The sheriff’s office began a homicide investigation with help from the district attorney’s office and the Colorado Bureau of Investigation.

Flores had been the owner of Pro-Electric, Inc. in the Leadville area for more than 10 years. On Sept. 2, he welcomed co-workers and friends over to his home. Gurule attended the party, according to the district attorney’s office.

Another co-worker, who had gone to the home and left around 7 p.m., said Flores was hanging out with Gurule, who also worked at Pro-Electric, and two others when he left. They were drinking.

The following morning, Flores did not show up to work. The co-worker who left the party at 7 p.m. the night prior went to Flores’ home, where he found broken objects, holes in the wall, cabinet doors ripped off the hinges and other damage. He also found Flores dead in his bathroom. The co-worker then called 911, according to the district attorney’s office.

During the subsequent investigation, authorities spoke with two other people who stayed at the party past 7 p.m. They said Gurule “flipped a switch” and became confrontational, so they left the home, leaving only Flores and Gurule inside, according to the district attorney’s office.

Deputies also spoke with Gurule, who said he woke up the next morning in his own bed with dried blood on his nose and hands. He said he didn’t remember what happened the night before, according to the district attorney’s office.

During an interview with CBI, he had a swollen right hand, scratches on his arms, side and back, and bruises on his knee. He also had a contusion on the left side of his forehead.

Flores’ cause of death was determined to be severe blunt force craniocerebral injuries, according to a pathologist. Rib fractures were a significant contributor. The pathologist said strangulation could not be ruled out.

Gurule was arrested on Sept. 4.

According to the Commerce City Police Department, in 2018, Gurule had been drinking and became aggressive at a bar. He head-butted two customers in their noses. He later told police he did not remember becoming violent.

Gurule faces life in prison. His sentencing is scheduled for July 29 at 2 p.m. 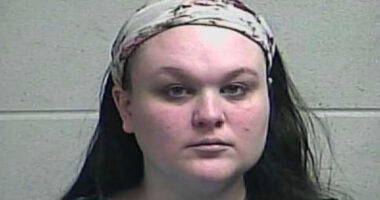 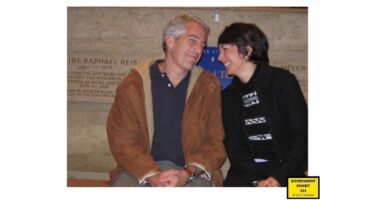 Ghislaine Maxwell and Jeffrey Epstein appear in an undated photo, sitting in… 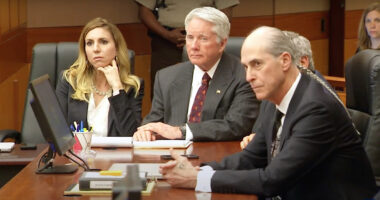 Tex McIver (center) listened as his jury was polled in 2018. His… 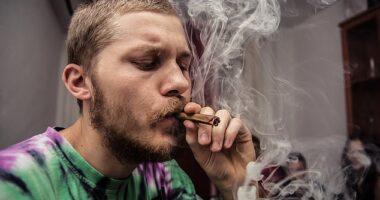 JACKSONVILLE, Fla. – The Jacksonville Sheriff’s Office responded to a shooting in…

George Harrison and the rest of The Beatles idolized Elvis Presley. When…
Share on Social Media
twitterfacebookpinterestlinkedintumblrredditwhatsapptelegram