A customer at the Bradford Odeon cinema called out the venue on Twitter, claiming the seats are damaged, the food isn’t very good and in the summer heat, the screens are too hot. Umar Sattar, 31, from Bradford has been visiting the cinema for years but says it has gone downhill.

Mr Sattar told YorkshireLive that following the refurbishment a few years ago, the cinema was “absolutely beautiful” but within a year or two “things had completely changed.

Umar and his friends have visited on a number of occasions and say there are constant issues. The main issues being the food, the heat and the ticket prices.

Read More: Landlord torched Yorkshire village pub and had to be rescued off roof

Umar posted the following Tweet to the brand, which said: ” @ODEONCinemas @bradfordmdc I’m a limitless member. The Bradford odeon is in a state of despair. The seats are ripped and damaged. And the AC is NEVER working. Just because its Bradford. That does not mean our cinema should be neglected! Huddersfield, Leeds, they’re all fine!

“You need to do something about this. It’s impossible to enjoy a movie at Leeds/Bradford odeon. The rooms are stifling hot, even in winter. It’s hard to even breathe at times. I’m paying monthly for a membership, and this is not acceptable.

“You constantly change the food, meals and the ticket prices! Newer movies are £15! Older movies can go down to £6. It doesn’t affect me but it affects my friends who are then put off. Prices should be the same! I’d go to Huddersfield odeon if it wasn’t for my back problems!”

When Umar spoke to YorkshireLive , he told us of the issues he and his friends have faced.

He said: “When it first reopened and they redid everything, it was delighftul, it was an absolutely beautiful cinema but within a year or two, it just completely changed.”

“The heat, before, this was in screens 10 to 13 and they just told me that it’s because they are at the back and they just don’t have the same systems.

“I took it up with a few senior members of staff and they said yeah we’ll put on the AC but half an hour later, they didn’t”

He claimed that due to a sinus issue and his friend’s asthma, they struggled to breathe in the cinema screen due to a lack of cold air. Mr Umar claims he told staff members but they did nothing about it.

“In terms of the heating, they told me it was the old heating and it was getting replaced but then summer hit and when they didn’t have AC on so I thought, sorry they can’t not be putting it on.”

Mr Sattar said he complained on a number of occasions. He was allegedly told that the managers at the Odeon could not do anything and it was up to head office.

“So I complained again, got the same answer from staff, in the last five or six months I’ve been, it’s been hot, we were pouring bloody ice over our bodies because it were that hot.

“I suffer from chronic sinusitis, I was suffocating in that cinema, absolutely suffocating I could not breathe, I had all my drinks but I was still absolutely parched throughout the film, me and my cousin started moving seats because it was colder.”

“My cousin couldn’t breathe properly, he has asthma, he had to get out a couple of times as well,” he added.

Umar thinks that the Bradford Odeon is being deliberately neglected. He says nothing is being done to fix the problems and overall he is debating going elsewhere because of the issues.

He said: “We all believe it’s just because it’s Bradford, people think it’s some sort of hell on earth and it’s not, I just think the Odeon higher-ups aren’t doing anything about it.”

“A lot of things get neglected here, nearly every seat is torn or damaged, the tables are damaged, a lot of young kids are coming in and sneaking in. 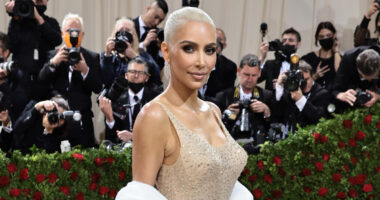 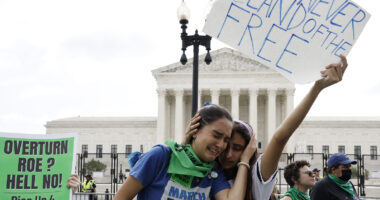 On the morning of June 24, both pro-choice and pro-life abortion activists… 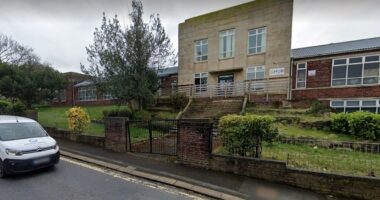 Some parts of a Calderdale community building have been closed with immediate…
Jennifer Lopez has performed a touching duet with her child, proudly introducing…