The highly-anticipated series is being put out in two parts, with the first three episodes of the docu-series now available to stream.

Viewers shared different views – with some finding the docu-series a tale of two people in love but others criticising the show as a ‘bore’. 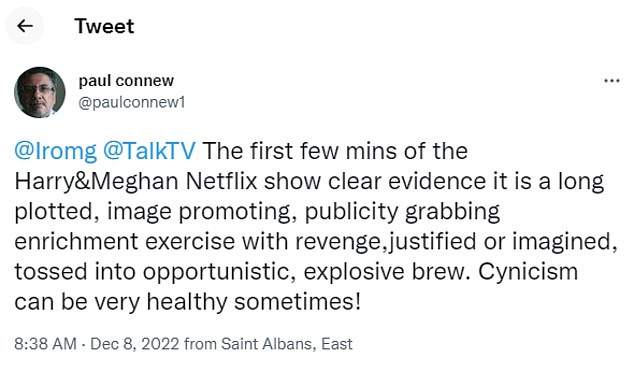 ‘Episode One was amazing. I love the attention taken to ground their story in Harry’s childhood. So many sweet moments. I want to stay up and binge the rest, but will power!,’ one said.

But another disagreed, saying: ‘I am sorry Netflix, I have turned off TV, as Harry and Meghan documentary is so boring, nothing new, they are just indulging themselves in delusion. I’ve never watched any boring shows than this. #HarryandMeghanNetflix’

Piers Morgan said: ‘This is worse than Keeping Up With The Kardashians. Something I didn’t think was humanly possible.#HarryandMeghanonNetflix’

Meghan and Harry fans have backed the couple as ‘two people who simply wanted to maintain their bubble’ and have compared Meghan to Diana – as Harry does in the first episode.

‘This Harry and Meghan doc is really just about 2 people who had a secret love and wanted to maintain that bubble,’ one wrote.

But critics saw their show as a ‘long plotted publicity exercise’ in which the couple ‘made millions from Netflix.’

‘The first few mins of the Harry&Meghan Netflix show clear evidence it is a long plotted, image promoting, publicity grabbing enrichment exercise with revenge, justified or imagined, tossed into opportunistic, explosive brew. Cynicism can be very healthy sometimes,’ one said.

Another hit back saying: ‘You owe no one an apology, Prince Harry! You protected your family like a true family man.’

In the opening scenes, Harry is shown at Heathrow airport in footage he filmed himself in March 2020 at the culmination of the Megxit crisis and as he prepared to leave the UK for the last time as a senior royal.

The series began with a written statement on a black background saying it is a ‘first hand account of Harry & Meghan’s story told with never before seen personal archive’.

It said all interviews were finished in August 2022 and ‘members of the Royal Family declined to comment on the content within this series’. 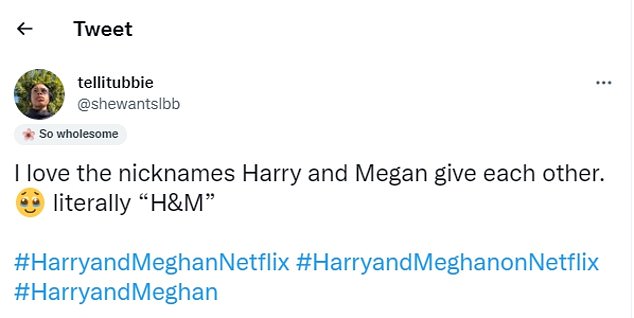 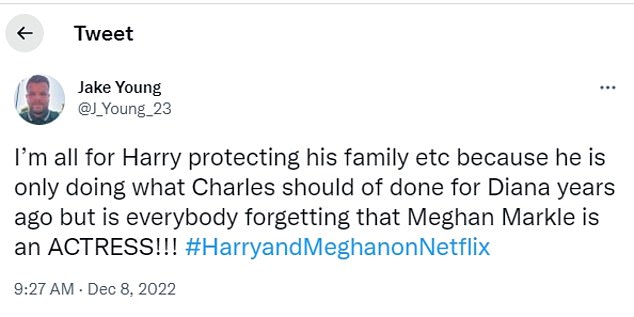 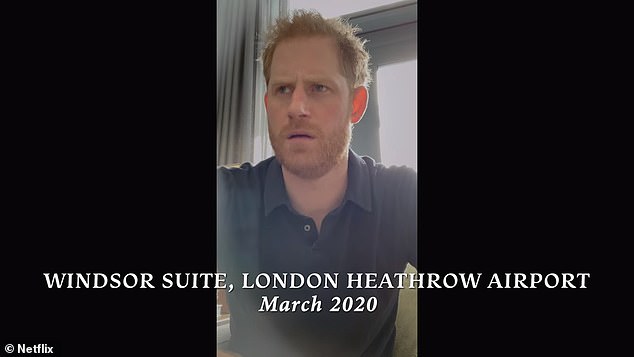 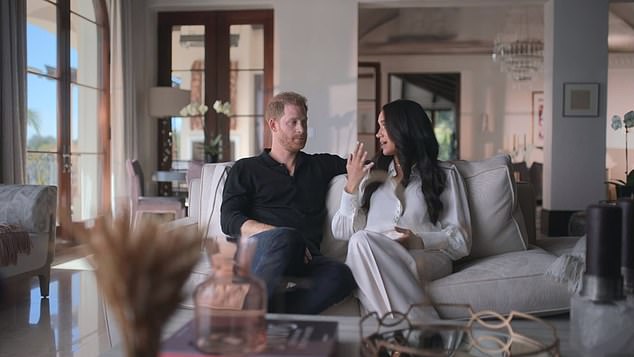 The highly-anticipated series is being put out in two parts, with the first three episodes of the six-part docu-series now available to stream 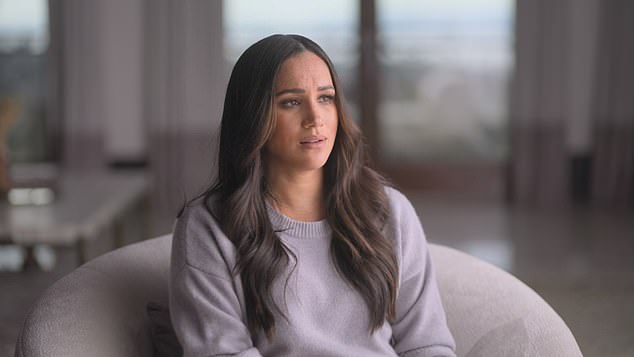 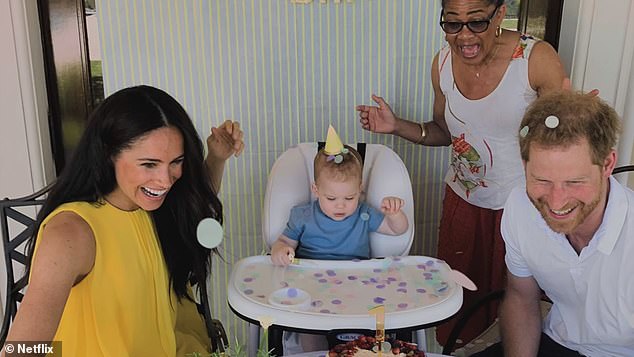 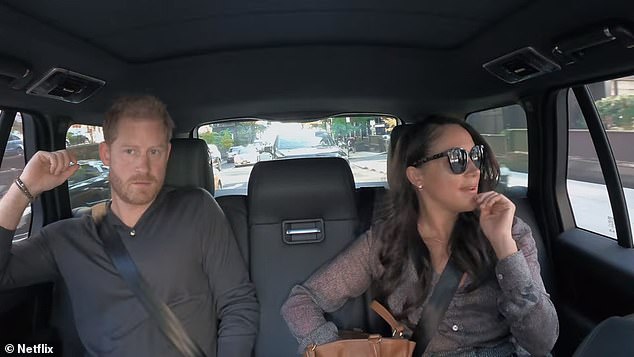 Episode two opens in New York in November 2021, with Harry and Meghan getting into a car as a bodyguard discusses how to avoid photographers ‘camped out’ along the road 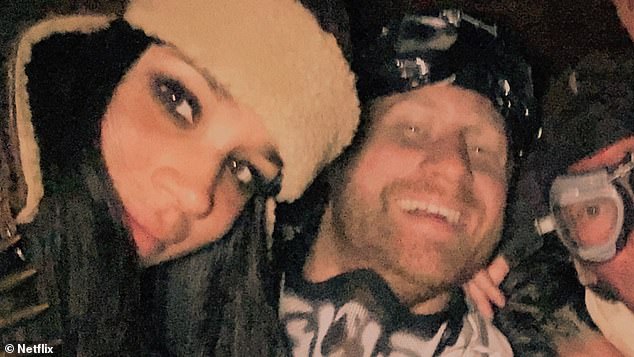 ‘It’s really hard to look back on it now and go, ‘What on Earth happened?”

He adds: ‘This isn’t just about our story. This has always been so much bigger than us.

‘And I think anybody else in my situation would have done exactly the same thing.’

Meanwhile, Meghan is seen saying: ‘I just really want to get to the other side of all of this.’

There is a silent pause before she appears emotional and says: ‘I don’t know what to say anymore.’

Harry and Meghan signed lucrative deals, thought to be worth well over £100 million, with the streaming giant and Spotify after quitting as senior working royals in 2020 following family rifts and struggles with royal life.

The ‘unprecedented and in-depth’ docuseries, directed by Oscar-nominated Liz Garbus, is billed as a Netflix global event, with Harry and Meghan sharing ‘the other side of their high-profile love story’. 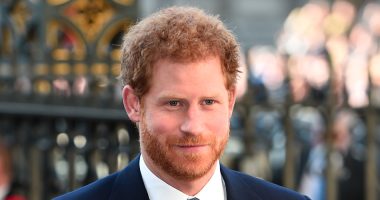 The woman who claims she took Prince Harry‘s virginity, Sasha Walpole, is… 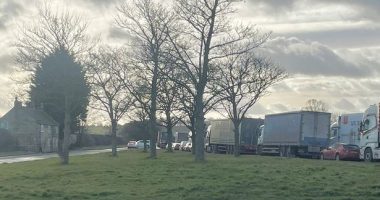 The accident happened around 10.30am today Post source: In The Know 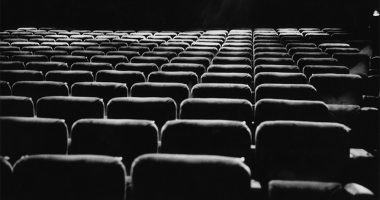 Odeon Cinemas, part of the AMC theaters group, is looking for a… 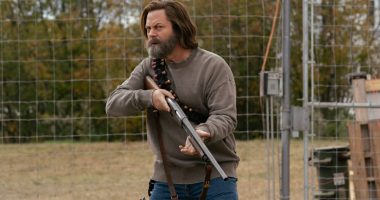