If you think that this weekend’s Record Store Day Drop feels like a dribble, you’re not completely wrong. The June 18 event is an adjunct to the big collectors’ kahuna that happened back in April, with just under 80 exclusive vinyl titles being released for this bonus RSD, versus the roughly 400 shoppers got in mid-spring. The follow-up day is for releases that, mostly because of supply-chain issues, weren’t able to be shipped in time for the big day two months ago.

And the irony (or maybe just wry reality)? This weekend’s list a little shorter than originally announced, just because a handful of titles had to be bumped yet again, to the annual RSD Black Friday event the day after Thanksgiving. Patience, then — in a post-pandemic, pressing-plant-challenged world, all good Johnny Thunders albums come to those who wait.

But what this born-out-of-necessity RSD Drop deliberately lacks in quantity, it will make up for in quality, at least for buyers with very specific wants. Probably the three most coveted titles showing up in independent stores this weekend are a trio of Sony Legacy releases, from Prince, Pearl Jam and Miles Davis. All three are being manufactured in fairly hefty quantities, so there’s a good chance of picking them up Saturday evening or even Sunday, although everyone’s mileage at their local brick-and-mortar outlets will vary, of course.

And of course there will be other items to search out once RSD has you in the door — like, also new this weekend, the Beach Boys’ brand new six-LP box set “The Very Best of the Beach Boys,” not directly related to Record Store Day but destined to go in the same bag for a lot of folks.

Pearl Jam, “Live on Two Legs” (20,600 copies)
Pearl Jam releases are always pressed in such massive quantities for RSD that you think surely they will stick around in stores for a while … and yet the chance to pick one up always ends up receding quickly in one’s rearview mirror. This double live album did get a limited vinyl release back in ’98, the year of the tour it documented, but copies now go for $300-400. The price is now right, as is the clear vinyl pressing of the two LPs. Come for then-recent favorites like “Elderly Woman Behind the Counter in a Small Town,” “Daughter” and “Better Man,” stay for the Neil-saluting “Fuckin’ Up” encore.

Prince, “The Gold Experience” (24,150 copies)
Original copies of this particular item had been going for $700-800, so, sorry to collectors who will suddenly see those seriously devalued. But now another 25,000 or so fans will get a fairly exact duplication of a promo edition of Prince’s album that went out in 1995 on gold double-vinyl. It replicates the original down to having the packaging for the two LPs consist of a single plain brown sleeve with stickers affixed to the front and back (the latter being a very long sticker reprinting a St. Paul Pioneer Press essay on Prince from that year). The second disc includes a whole side’s worth of “Hate U” remixes, perfect for gifting to the most beautiful girl in the world in your life.

Miles Davis, “What It Is: Montreal 7/7/83” (10,000 copies)
Davis’ camp has another substantial CD boxed set on the way, “The Bootleg Series Volume 7,” representing his sometimes polarizing ’80s work. But they’re previewing it with a big vinyl appetizer — and for vinyl-favoring fans, this may actually be the main course — by pulling out a 1983 show in Montreal for a singular two-LP release. The band, which included John Scofield, Bill Evans (the sax-playing Bill Evans), Darryl Jones, Al Foster and Mino Cinelu, was captured at the Theatre St. Denis in Montreal, Canada. A couple of tracks were included on his 1984 album “Decoy,” albeit in edited form, but the rest are premiering here. One reason not to wait for this to appear in the eventual CD set: one of the inner sleeves includes a lengthy essay by the late, great writer Gregory Tate, who completed the album notes not long before he died.

Wilco, “Cruel Country Pre-Release Limited Edition” (8,000 copies)
When Wilco’s excellent “Cruel Country” came out as a 21-track album some weeks back, there were some lamentations in Wilco-world that no physical edition existed at all, with either a CD or LP version said to be months away. However, a bargain has been struck, in that the band is putting out a CD version with the plainest, most bare-boned packaging for RSD as a “pre-release limited edition.” Now, 8,000 copies would be a lot for a finished edition to sell through these days, given the diminishing popularity of CDs versus vinyl. But if deserve’s got anything to do with it, these will be gone and the band can get on with pressing a proper release that will do well, too.

Linda Hoover, “I Mean to Shine” (2,000 copies)
Here’s the kind of oddball discovery that keeps RSD fun for those who aren’t so much into repackagings. It’s a shelved album that includes a copious amount of never-before-heard songs by Donald Fagen and Walter Becker, written just before they first hit the streets as Steely Dan, production by future Dan helmer Gary Katz, and players like Denny Dias and Jeff “Skunk” Baxter. Fans of Fagen and Becker will of course recognize the title track as something that was also recorded by Barbra Streisand, which helped steal the thunder from Hoover’s own debut album coming out. Fifty-plus years later after the album release and effectively Hoover’s entire music career were set aside, any major dude will tell you that this is a must-add to Dan-heads’ collections.

My Morning Jacket, “Live From RCA Studio A (Jim James Acoustic)” (5,000 copies)
Many RSD releases are labeled as “RSD First” items, meaning they may be available later at all retailers, or repressed. This live album from Jim James is branded as an “RSD Exclusive,” however, so it’s not likely to suddenly reemerge after this edition sells out. James went into the most famous studio in Nashville to recut seven of the songs from My Morning Jacket’s self-titled album, as a solo artist.

The Who, “It’s Hard (40th Anniversary)” (6,000 copies)
Who albums from the late ’70s and early ’80s have been making their way onto RSD vinyl limited editions with bonus material. For its 40th anniversary, “It’s Hard” joins their company. There’s a half-speed remaster of the original album, but the biggest draw for fans in this two-LP set (pressed on orange and yellows slabs) may be a fourth side that includes four unreleased or rare tracks, including an “Eminence Front” that had Roger Daltrey trying out the lead vocal before Pete Townshend decided that one was his, and, conversely, a “One LIfe’s Enough” that has Pete singing instead of Rog.

Linda Martell, “Color Me Country” (2,000 copies)
Martell’s name has been brought up a lot in country circles over the past couple of years, as the extreme racial disparities in the genre have been highlighted and Martell brought up as the only Black woman to have any significant success in the format in the 20th century, or before Mickey Guyton, really — and even then, she barely cracked the limelight before disappearing. This debut album was also a swan song album, sadly, but, with its inclusion of her minor hit “Color Him Father” and 10 other tracks, it’s a chance to catch up on what could have been, 50 years ago, if the gatekeepers had been any more open then than they are today.

Various Artists, “50 Years of TV’s Greatest Hits” (2,500 copies)
Normally, having roughly 60 tracks spread across two LPs would be a mastering and probably listening nightmare, but as the title would indicate, it’s one quickie after another in this collection. Classic themes from “Star Trek,” “Alfred Hitchcock Presents” and “Peter Gunn” are represented; so are relatively modern ones for “Kids in the Hall,” “Sex and the City” and “Dexter.” Appropriate for such a sprawling, scattershot set, it’s on splatter vinyl. 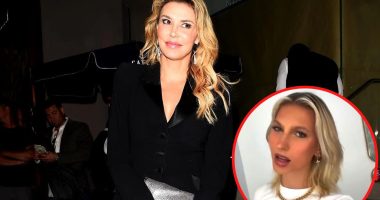 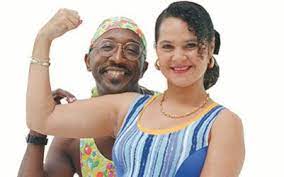 Know About Sandra Evans, Mr Motivator’s Wife, And Her Net Worth Sandra… 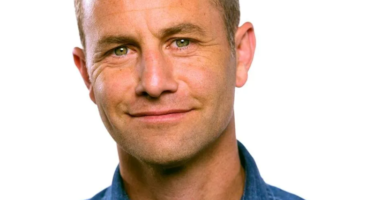 American actor Kirk Thomas Cameron was born on October 12, 1970, in… 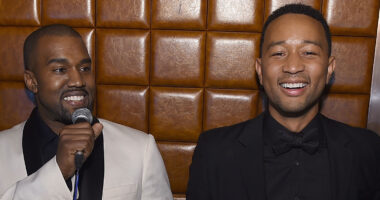 John Legend is opening up about his strained relationship with Kanye West.…