Katie Hannaford has arguably the most famous bum in the world right now. The 36-year-old business owner – ‘clumsy’ by her own admission – found viral fame after tripping over during a parents’ race at the school sports day and exposing her rear for all to see.

Of course, it was all caught on camera and the hilarious incident at her eight-year-old’s school has been viewed countless times online since. But far from shying away from the embarrassing moment, Katie is embracing her 15 minutes of fame, and revealed she’s had messages from around the world – many from men being extremely complimentary.

Read more:Woman in mystery pain every time she eats diagnosed by stranger on Facebook

Katie, who runs a home décor business called Home of Hearts, said: “It’s gone crazy, I didn’t expect this in the slightest. I can’t put into words how I feel but I’ve been loving every minute – I’ve not stopped laughing since. I thought something was on my face the way people stared at me when I was in Tesco yesterday – I had to give myself a reality check and remember why!”

Katie says the reactions have been mostly positive, with people hailing her an “amazing mum” for being such a good sport. She said: “The best comment I have seen is one that said: ‘Don’t be a Karen, be a Katie’. I can’t take credit, but it’s my favourite!

“Someone else said: ‘You can take the girl out of Basildon…’. And it’s just so true. I’ve had thousands of messages – at least 500 of them have been from men from Greece to Puerto Rico to Germany and even Australia, saying ‘how are you single?’ and calling me a ‘MILF’. My eldest daughter even had a message from someone on Vinted when they recognised her profile after seeing a pair of shoes she was selling. [And] my youngest went into school the next day and before she even had chance to explain what happened, everyone was already telling her her mum is now famous.

“I’ve also had some very moving messages. One came from someone who told me they are in a really dark place, and the video had made them smile for the first time in six months.”

Katie said she has also had messages from trolls. But the self-proclaimed ‘clumsy’ mum said: “To the haters, there’s nothing you can say or do that will hurt or upset me. I didn’t go out of my way to be funny or try to get fame, these things just happen when you don’t expect them.

“The whole world’s seen my bum now, but it is what it is – I can’t hide from it. I don’t care! It’s not embarrassing, it’s funny – I don’t care for drama or conflict, I just want to have fun. I haven’t stopped laughing for days. When I went to Slimming World this week I was told I had lost 4lbs and I think it’s just from all the laughing.

“The message I want to give people is to just have fun, be positive and have a laugh. “Haters can carry on hating – don’t be a Karen, be a Katie!”

Katie’s business profile on Instagram can be viewed here. 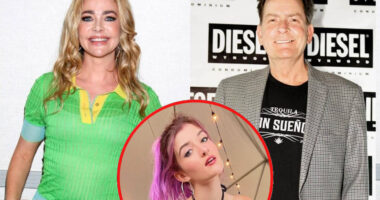 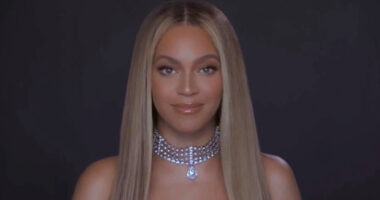 Three hours before the announced release time of her new single, Beyonce… 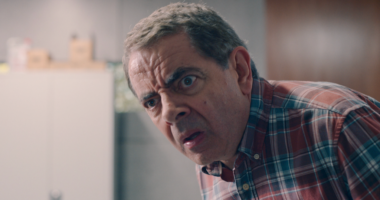 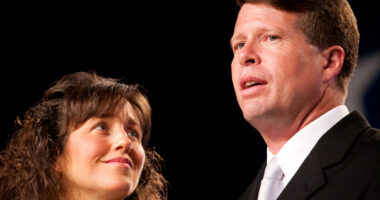