International collaborations, new voices and renewal were the overarching themes of the 33rd edition of documentary market Sunny Side of the Doc, which concluded on Thursday.

Industry professionals heard from major international players including PBS, NHK, France Televisions, Docu Box Nairobi, Sodec, Arte, RTBF, RAI, Telefilm Canada and Canal+ Group, among many others, who provided an insight into the current state of the industry, on-going projects and potential growth strategies for the future.

“There is a very strong willingness to co-produce internationally. There are more and more projects that couldn’t happen because of COVID and now that they are ready, it’s really promising in terms of editorial offer,” Caroline Behar, director of international co-productions and acquisitions at France Televisions, told Variety. “All the international broadcasters realized during the lockdown how much factual was successful among their audience and how much it helped viewers to have a window on the world in a period where we were all under lockdown.”

Alison Barrat, senior VP of production and development at wildlife and nature programmer Love Nature, who is a Sunny Side of the Doc regular, echoes Behar in the sentiment that commissioners are increasingly finding ways to creatively come together and fund big, noisy blue chip productions.

The pandemic forced producers to be nimble and creative about how they do natural history production, leading them to find local filmmakers, storytellers and talent because of travel restrictions, added Barrat. Production companies have embraced a lot of that local storytelling and those local stories, she observes.

“So now we’re seeing pitches with really great access, new talent, new approaches to old stories and events, and that has been really exciting for me to see how the production companies have creatively taken what they’ve learned through the pandemic and brought it back into new stories,” Barrat told Variety.

There was, however, a sobering piece of news delivered on closing day at the Arte France slate presentation. Boris Razon, editorial director at Arte France, revealed that in 2020 the public service broadcaster had a €45 million ($47.3 million) budget for documentaries, which has now been reduced by €3 million. 95% of the broadcaster’s funding comes comes from license fees in France and Germany.

The channel is not allowed to run advertising, but it can generate some income of its own from other sources, notably sponsorship. However, one of President Macron’s re-election promises was the abolishment of the license fee, and Razon spoke of the uncertainty around future funding.

Elsewhere, a focus on new voices was one of the stated aims of this year’s market, as well as diversity and inclusivity goals.

“This year’s edition was all about emerging talent: new ideas, new formats, new faces that broadcasters, platforms and producers are now hungry for,” Mathieu Bejot, director of strategy and development at Sunny Side of the Doc, told Variety. “These new talents are part of the movement for diversity and inclusion — also in the post-COVID era — and feed the community by bringing different angles on original or more singular subjects. The winners of the pitching sessions that we revealed today are the perfect reflection of this.”

Overall, the market attracted more than 2,000 participants from 67 countries, 1,100 accredited companies and some 400 international decision-makers – from leading broadcasters, streamers, foundations, sales agents and other investors from across the globe, as well as delegations from Spain, Italy, Canada, South Africa, Finland and China.

“Sunny Side was always a very French market and this year it seems to be much more international,” David Cornwall, MD at U.K. production and distribution company Scorpion TV, told Variety. “I don’t know if it’s just because we’ve been suddenly released from lockdown, but there seems to be a great energy, a great vibe. People are bursting with ideas. They want to get things done, want to get things moving on — we’ve really missed that.”

Renewed human connection was a heartfelt theme through the market. “The human connect is very important, friendships are fostered in an environment like this, where good energies can mingle,” veteran Indian documentarian Nandan Saxena (“Candles in the Wind”) told Variety. “Commissioning editors have gotten used to the COVID regime, they have got used to the comfort of Zoom. And they have got used to not connecting as human beings. They take themselves too seriously as decision makers, and they forget that in the first instance, they are humans.”

French documentarian Michel Daeron (“Atlantic Drift”) has been attending the market since it was founded by the late Yves Jeanneau, who died in 2019, and was based in Marseille. “In terms of friendship and in terms of meeting people from all around the world, I think it was a big success because I have made many contacts from many different countries. And every day was a joy,” Daeron tells Variety.

This year, the festival featured a Ukrainian talent hub and producer Karina Kostyna was present to pitch her own projects and put Ukrainian documentary projects in the spotlight. “The Ukrainian production industry needs support more than ever. Because of this horrible war and full-scale invasion, Ukrainian films cannot be supported by state funds as all funding goes to support and protect Ukraine and we are searching for international support. And I hope that Sunny Side is exactly the place where Ukrainian filmmakers can find strong partnerships,” Kostyna told Variety.

Sunny Side of the Doc will be back for a 34th, in-person edition next year. 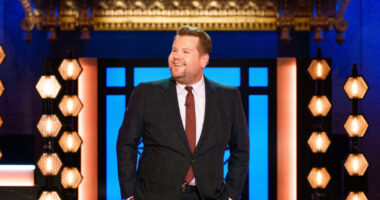 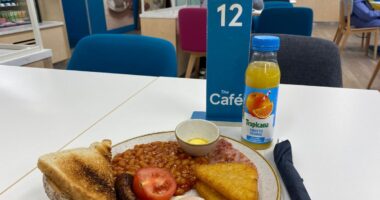 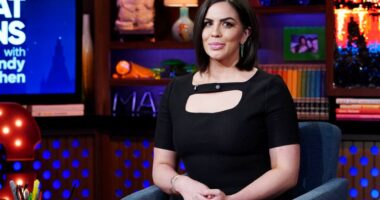 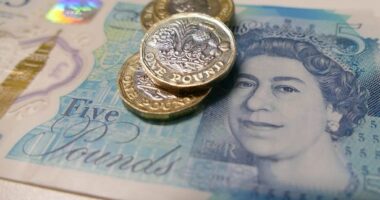