Taylor Swift has gone to Carolina in her mind in her new single, which was released at midnight Thursday night — the first newly written original song she’s put out since the “Evermore” album in late 2020. But things are more brooding for her in that state of mind than they were for James Taylor.

“Carolina” is the end-credits theme for the film “Where the Crawdads Sing,” which doesn’t reach theaters for another three weeks — July 15, to be exact — and provides a foretaste of the possibly jolting mood of the climax.

As much as it’s a direct outgrowth of Swift loving the source novel, fans may feel the song is a throwback — all the way back to the “Folklore”/”Evermore” era of two years ago, with those albums’ primary producer, Aaron Dessner, back on board.

Swift provided more insight into the song in an Instagram post. “About a year and half ago,” she said, “I wrote a song about an incredible story, the story of a girl who always lived on the outside, looking in. Figuratively and literally. The juxtaposition of her loneliness and independence. Her longing and her stillness. Her curiosity and fear, all tangled up. Her persisting gentleness… and the world’s betrayal of it. I wrote this one alone in the middle of the night and then Aaron Dessner and I meticulously worked on a sound that we felt would be authentic to the moment in time when this story takes place. I made a wish that one day you would hear it. ‘Carolina’ is out now.”

Reese Witherspoon, a producer of the film, released her own statement about the song upon its midnight ET release: “Taylor Swift writing a song for the film based on these characters was the greatest gift that we could have received,. We got a call from Taylor and her team to tell us she had written a song, ‘Carolina,’ that incorporates so many of the haunting elements of the movie. I’ve gotten to talk with her a couple of times about what inspired the song and how she wrote it. Obviously, she’s a beautiful songwriter who understands so much about folk and country music, and it’s her appreciation of those genres that made the song so perfect for this film. And who doesn’t love a gorgeous, haunting Taylor Swift song?”
https://www.instagram.com/p/CfLHtmElDhC/

Anticipation was high since Swift revealed in an Instagram Story post Thursday morning that the new song was nigh. But really it had loomed large in fans’ minds since the song’s existence was first teased all the way back on March 22, at which point a trailer was released that included excerpts from her song.

Additional information about the number was relayed by the filmmaking team in a roundtable about the movie that was livestreamed June 13.

The song was recorded in one take, using only instruments that existed in the early 1950s, when the first part of “Where the Crawdads Sing” is set — points of interest that were revealed by  Reese Witherspoon, who produced the movie, and director Olivia Newman in a recent roundtable.

Swift “wrote this gorgeous letter to us,” said Newman, explaining how they chose instruments that were only available before 1953 and she recorded it in one take the way they recorded songs at the time. … The first time I listened to it, I just started bawling and I said, ‘I don’t know what’s happening to me right now.’ I mean, I love singing along to Taylor Swift songs but I never cry like this.”

The song was written on spec and then submitted out of the blue by Swift, the filmmakers revealed.

Said Witherspoon, “She read this book and loved it so much, and then she heard we were making a movie [during the period] she was making her ‘Folklore’ album and then she wrote a song with that whole ‘Folklore’ team, which was so haunting and magical and beautiful.”

“She had gone and written this song out of just pure inspiration and sort of said, ‘I don’t know if you’ll like it, but here it is,’” confirmed Newman.

The existence of the tune was first revealed in a March 22 trailer for the movie that included excerpts from the track. Swift posted on Instagram at the time that “Carolina” was produced by Aaron Dessner, a primary collaborator on “Folklore” and “Evermore,” her last pair of more acoustically based albums, both released in 2020. “I wanted to create something haunting and ethereal to match this mesmerizing story,” she wrote at the time.

The director said in the recent livestream discussion that Swift’s song reflects the tone of the story’s ending, as it plays over the credits. “We wanted to leave audiences with that same sort of emotional feeling” that was impactful on readers of the source novel, Newman said, “and her song just leans right into that.”

Previous original songs Swift has written or co-written for feature films include “I Don’t Wanna Live Forever (featuring Zayn Malik)” for “Fifty Shades Darker” in 2016, “Sweeter Than Fiction” for “One Chance” in 2013, “Safe and Sound” and “Eyes Open” for “The Hunger Games” in 2012, “Today Was a Fairytale” for “Valentine’s Day” in 2010 and “Crazier” and “You’ll Always Find Your Way Back Home” for “The Hannah Montana Movie” in 2009. 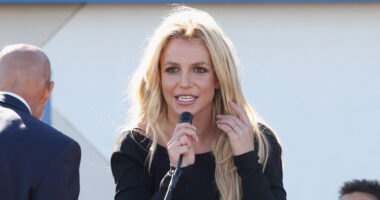 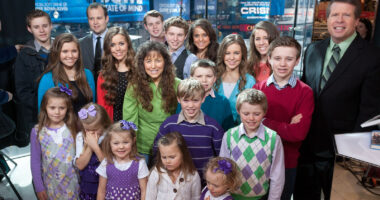 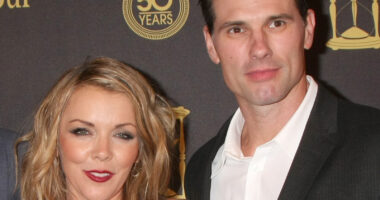 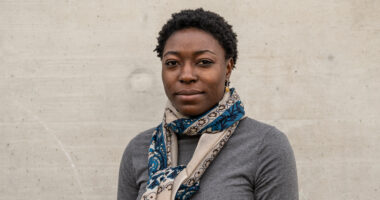 Cameroon’s Cyrielle Raingou has won the Kirch Foundation Award, which comes with…

Maartje Basten is dating Tim van Rijthoven, and she works as a…

KATIE Price has once again been accused of photoshopping her latest snap.…
Share on Social Media
twitterfacebookpinterestlinkedintumblrredditwhatsapptelegram