A Yorkshire bride threw her dream grand wedding on a budget of £3,800.

Lauren Gill, from Sheffield, has become the ultimate wedding-budget advisor after discovering how she could spend as little as possible but still have the day she always dreamed of. The primary school teacher met her now husband Josh, a freelance writer, while the pair were at university.

They moved in together to a small South Yorkshire village and two years later, Josh, 33, popped the question. The couple went to a Paul McCartney concert, and Josh got down on one knee backstage.

Read more: I travelled from Huddersfield to Leeds by train on strike day to see if it was chaos

The then bride and groom-to-be planned to get married in 2020, but like many other engaged couples at that time, had to postpone it because of the Covid-19 pandemic. With the backlash of the pandemic, the couple knew they didn’t have lots of spare money to fork out on the big day, and agreed on a budget on £4,000.

Lauren, 30, researched extensively to find the cheapest to have what she wanted. She set goals to stay on budget, bought an off-the-peg dress, and threw herself into DIY projects to make decorations, wedding invites, a card box, cake stand, and much more.

Lauren said: “Once I began researching cheaper options it became really easy to stick to a small budget. It does require a little bit of planning and research but when people see the photos from our day and I tell them all the different elements we had.

“They’re often shocked that we managed to do it with such a small budget. We had three main aims for our wedding day, simple, fun and relaxed and I think we absolutely achieved that.”

“I bought my dress from WED2B which is an off-the-peg store and therefore a lot cheaper than shopping at a boutique. There’s a designer that specialises in the tea-length style of dress that I went for and a dress very similar to mine costs around £1,500 whereas I got my dress for £429.

“We also saved a lot on our wedding invites as we did the bulk of the designing and assembling of those ourselves. Invites are a really good place to save money as they can get pretty pricey but there are loads of ways to either fully or partially design your own invites with tools like Canva or Vistaprint.”

Lauren said: “My husband and his dad built our cake stand from scratch as we wanted something simple that would hold all the cupcakes and a single-tier cake. We decided to set up our own sweet table rather than hiring a sweet cart which saved us a lot of money too.

“We also did all the decorations ourselves (aside from the balloons) and made our own photo booth backdrop using a photography backdrop stand, two foil curtains and lots of rolls of coloured crepe paper.”

Lauren said the most expensive part of the wedding was paying for the reception room hire and buffet. They also paid for a basic decoration package, which included balloons and table covers and a DJ.

Speaking to luxury jewellery retailer, Diamonds Factory, the bride shared her top tips for staying on budget, including:

After her successful budget wedding Lauren started her own blog The Thrifty Bride. Lauren said: “When I started planning I wished there were more resources for weddings. It would have been nice to know in those initial months before I created The Thrifty Bride that it’s more than possible to plan a wedding with a small budget and not feel like it was going to be an impossible task.

“I knew we couldn’t be the only couple in the world that didn’t want to spend thousands on a wedding so I decided I’d create a space for all of the small-budget couples to come together.”

She added: “I always say it’s your day so it’s your rules. At the end of the day no one else’s opinion on your wedding day matters, you have to be a little bit selfish and do what pleases you as a couple not what pleases family and friends.

“You’ll end up regretting it if you have a day that’s planned and dictated by everyone else around you.” 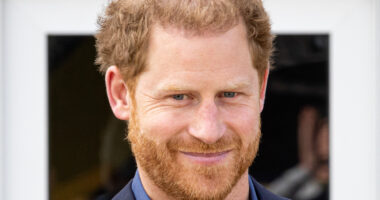 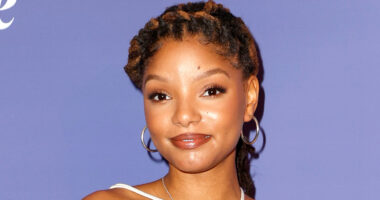 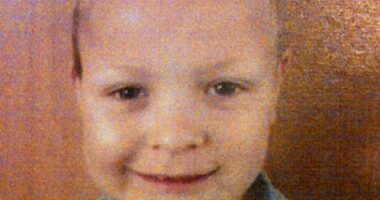 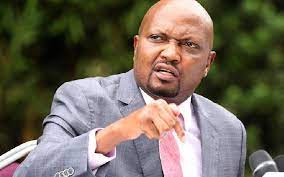 Woman, 63, is impaled by a BEACH UMBRELLA in South Carolina after…