A national inquiry is set to be launched amid fears Black Lives Matter protests and VE Day celebrations led to a spike in coronavirus cases in Birmingham.

Birmingham City Council has ordered a probe into a rise in cases seen 10 days after thousands gathered in the city on June 4, according to The Daily Telegraph.

Crowds flocked to the city centre’s Centenary Square to stage a rally following outcry over the death of George Floyd in America. 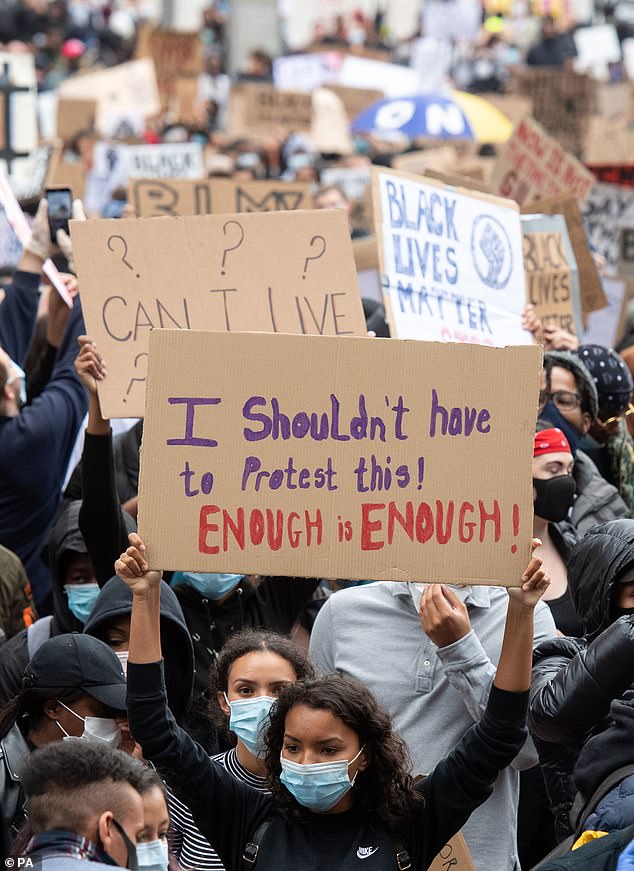 A campaigner, wearing a face covering, held up a sign at the event which read: ‘I shouldn’t have to protest this! Enough is enough!’ 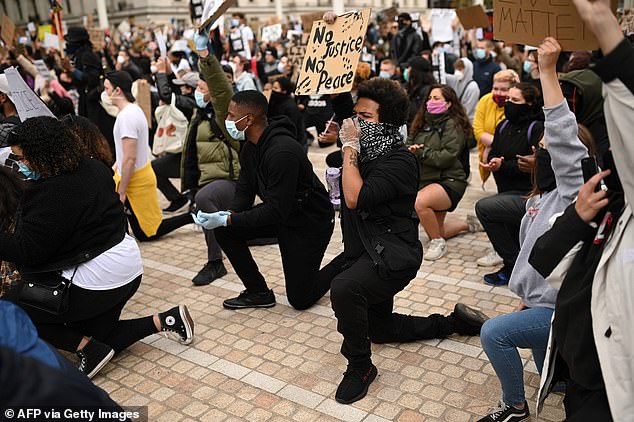 Birmingham City Council had supported the BLM movement but urged protesters to keep two metres apart and stay in groups of six or fewer.

But an investigation is now set to get underway after Dr Justin Varney said the city had seen a ‘small spike’ of around 25 daily cases between June 14-16.

Dr Varney, director of public health for Birmingham City Council, said he believed there could be a link between the mass gathering and the spike in cases.

‘Our protest was on June 4 and we started to get a rise on June 14, 15 and 16, and many of those cases don’t have an identified locus,’ he told the Telegraph.

‘To me, that suggests a link with the protests. If you look at the age profile, they weren’t 70-year-olds. They were 20 or 30-year-olds.’

Though the rise in cases was relatively small, any increase in infections among younger people, who may be asymptomatic and unknowingly passing it on to older relatives, was a concern, Dr Varney added.

He also suggested the contact tracing service should quiz people on whether they have been to protests or other mass gatherings since the start of the outbreak.

Around 4,000 people were thought to have descended on the second city for the event last month, which was backed and attended by England and Aston Villa footballer Tyrone Mings.

The defender wrote at the time: ‘Nothing but energy & passion today. I make no apologies for standing up for what I believe in’ next to three photographs, two of which seem to show Mings wearing a face mask and a hooded jacket, alongside other demonstrators. The words ‘Won’t Be Silenced’ are written on the mask. 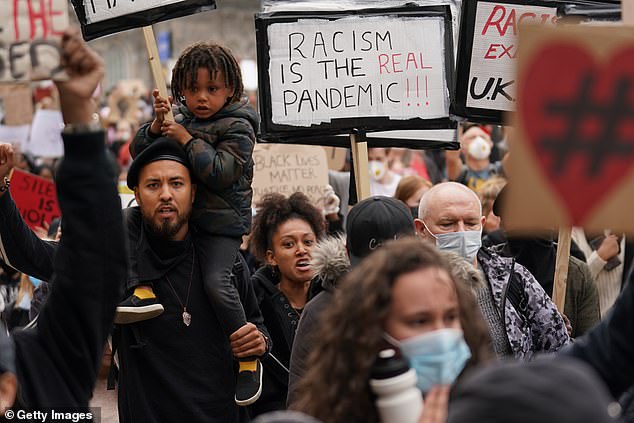 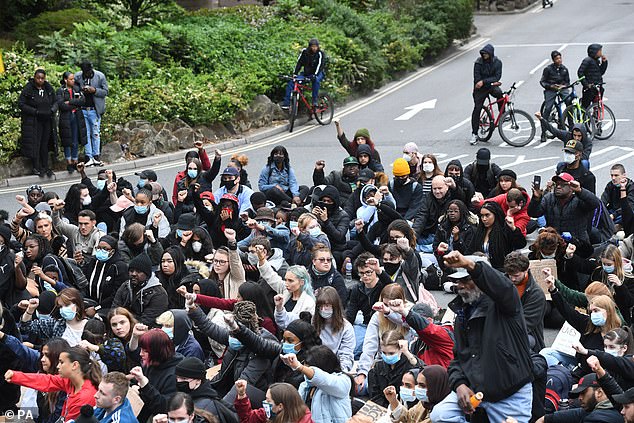 Despite council pleas to keep two metres apart and stay in groups of six or fewer, huge numbers of people were seen close together during the protests 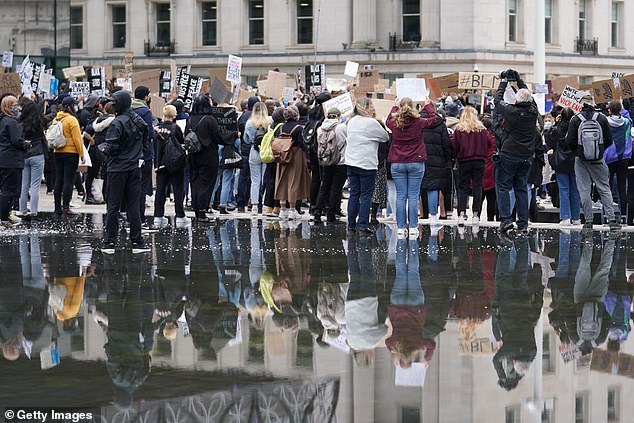 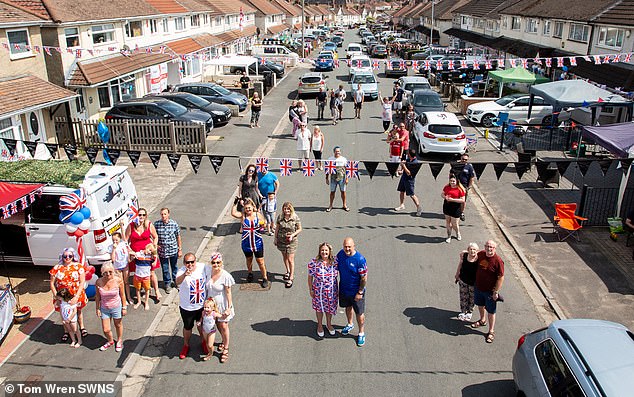 VE Day celebrations, pictured in Knowle, Bristol in May, may have also caused a spike in cases, officials fear 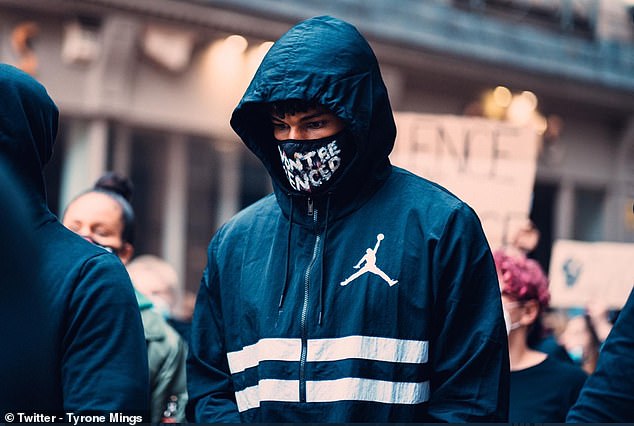 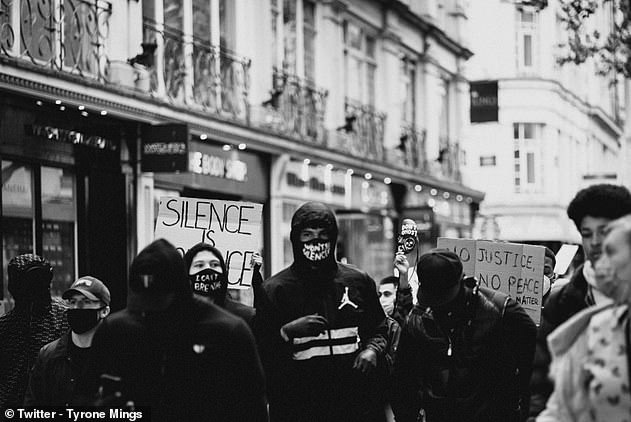 The Aston Villa defender was one of around 4,000 demonstrators to gather in the centre of the city

‘The protesters were loud and passionate, and made their voices clearly heard. There were no arrests and no disorder.’

There have been demonstrations and protests across the world following the death of African American Mr Floyd, who was killed in US city Minneapolis on May 25.

A white police officer continued to kneel on Mr Floyd’s neck for several minutes, even as he said he could not breathe.

Editor’s note: The Salt Lake Tribune is providing free access to critical stories about the coronavirus. Sign up for our...
Read more
- Advertisement -
Entertainment

Aurora Public Schools is the first large district to provide regular COVID-19 testing for instructional staff, according to the company behind COVIDCheck Colorado. ...
Read more
News

UM removes Confederate statue but is slammed for ‘shrine’

The University of Mississippi has removed a controversial Confederate statue from its grounds, but has drawn fresh criticism for plans to 'create a...
Read more
George Floyd

President Donald Trump brushed off a question Tuesday about why more black people are dying at the hands of police, arguing 'so are...
Read more
George Floyd

Seven Black mothers whose children were killed by police or in other racially-charged incidents are speaking out about their heartbreak — and how...
Read more
George Floyd

She's taken to throwing dance parties with their children as they continue to quarantine amid the ongoing coronavirus pandemic.Madonna put the spotlight on...
Read more
George Floyd

A Pennsylvania police department has come under fire after a harrowing video emerged over the weekend of an Allentown police officer kneeling down...
Read more
George Floyd

PIERS MORGAN has lashed out at a BBC presenter for "boasting" about the number of Cabinet Ministers appearing on the rival Breakfast show and...
Read more
News