The nation’s most isolated state will fully reopen its borders on 5 February after almost two years sealed off from Covid and the world.

Premier Mark McGowan announced on Monday its plans to allow interstate and international travellers to enter Western Australia without quarantine from midnight 5 February when the state was expected to hit its 90% fully vaccinated target.

But the premier warned that once the state’s hard border was eased, unvaccinated or “high risk” arrivals will still be required to quarantine for 14 days – unless they are under 12 or exempt on medical grounds.

“I’m confident that this is the right time and the right way to take this important step,” McGowan said.

“West Australians have lived a normal life inside our Covid-free bubble and nearly 2 million people have done the right thing and gotten vaccinated.

The announcement comes on the same day Scott Morrison said that visa-holding skilled workers and students will be allowed into Australia from Wednesday.

The announcements provide light at the end of the tunnel for many businesses that have struggled to survive from a lack of seasonal workers and a long-awaited chance for families and loved ones to reunite.

Travellers to WA must be double vaccinated and return a negative PCR test 72 hours before departure. The test must then be retaken on arrival in WA.

McGowan also outlined precautionary measures that will come into effect once the border reopens. From 5 February face masks will be required on public transport, taxis, at airports, on flights, and in hospitals and aged care facilities.

Proof of vaccination is required for entry into larger events, with 1,000 or more patrons, such as nightclubs and Perth’s casino, and all interstate and international travellers will need a G2G travel permit and be expected to use the SafeWA app.

McGowan warned that targeted lockdowns could occur if there was an outbreak and that the rules will be reviewed one month after 5 February.

More than 1.7M West Australians, or 80% of its population aged 12 years and over, are now fully vaccinated.

Children aged five to 11 are expected to have access to the Pfizer vaccine in WA from 10 January.

While a national plan backed states reopening at 80%, McGowan has stood firm against criticism from the PM to keep borders closed until WA reached a 90% double-vaccinated target for over 12s.

The decision, McGowan said, was based on WA health department modelling that an extra 200 lives will be saved by delaying the reopening.

It is the same target set by Tasmanian’s Liberal leader Peter Gutwein and borders there will open on 15 December.

WA will remain isolated from nearly every state and territory for the festive season but will have no restrictions, such as density limits or face masks, during Christmas and the school holidays break.

The state has not had a Covid case since late June.

Tourism Council WA chief executive officer Evan Hall said the industry had lost $4b and 40,000 jobs since the borders were first closed in April 2020.

“The most important thing about getting the date today is so we can now take bookings,” Hall said.

“Once the border comes up, then we can send a message that we are open and we can take a booking for an Easter holiday, a major blockbuster event – we want to get Taylor Swift in and some international rugby – and you can’t do that without a date.

“We can start telling the airlines that we are open.”

Last week, McGowan announced that $185M would be spent reconnecting WA to the world and luring tourists and workers back to the state.

WA’s economy depends on a continual stream of seasonal workers. For businesses, the history-making border closures caused some to go bust because of a lack of staff.

Hall says that the first wave of people coming in will be reuniting with family and the need is for working holiday makers and international students to come in and help save tourist venues in the regions.

“After that, we are interested to see how much international leisure (travel) takes off.”

WA Liberal leader David Honey said that WA was struggling under a massive skills shortage from doctors to teachers and that people in the state were getting restless.

“There is a definite change in the community and people have been saying, give us a date and time, you can understand that the business community have been getting more agitated by the day,” Honey said.

He said that he was concerned not enough people were educated about the need for third vaccinations – or booster jabs.

“One of the reasons we are opening up after Christmas is because we were so far behind in vaccinations compared to other states.” 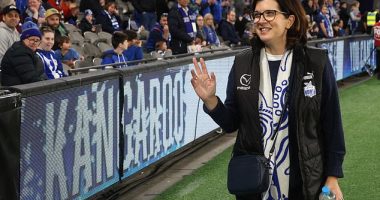 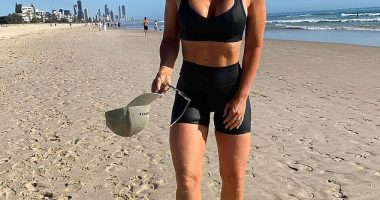 PE teacher who looks better in her 40s than she did in…
As the first national coordinator for health information technology in 2004, David… 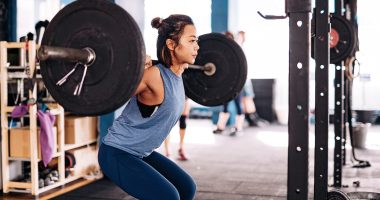