Back on Tatooine, Reva corners Luke but can’t bring herself to kill him. She turns herself in to Obi-Wan instead, admitting that she didn’t want to become the Darth Vader who haunts her memories of being a child during Order 66. The finale wraps up with a crop of cameos and closed loops: Emperor Palpatine tells Vader to focus on the future, Obi-Wan and the Alderaan crew (including Leia, safe at home) look nervously toward what’s next for them, Obi-Wan briefly greets young Luke, and Qui-Gon’s ghost appears to lead Obi-Wan into his contemplative desert fate.

The truth is that saying a franchise product relies too much on its source material isn’t even particularly novel criticism any more. But with Obi-Wan Kenobi, the last 20 minutes in particular devote the majority of their time to longing looks at the franchise’s past. One of the episode’s best moments, the reveal of Hayden Christensen’s scarred face behind Darth Vader’s mask, already happened in animation with Ahsoka Tano and Vader in Rebels. While that arc took place deep within the show’s questionable cameo era, it also mixed and matched characters in inventive ways. Maul attempted to mentor Ezra; Ahsoka mentored original Jedi Kanan Jarrus; the Inquisitors were still new. In Obi-Wan Kenobi, the pairings are exactly what you might expect.

The exception is Reva. Her choice is powerful but understated, a slow burn of conscious in which she decides not to become the monster haunting her own nightmares. It’s great to see the character make her own choice in her own way. It isn’t the same old trope where the hero steps in to save villain ⁠— Reva saves herself.

We never fully learn when it sank in for her that Luke is Vader’s son, as none of the characters ever talk about it outright, but Moses Ingram has great chemistry with Ewan McGregor in the few minutes the two spend on the same side of the Force’s moral line. I do like that her decision follows on what Obi-Wan said to her at the Path base. However, her story also feels like it’s searching for a spinoff, and not in a good way. I’d have loved just one more flashback scene about what her dynamic with Vader was when she was younger, about how his hatred for Obi-Wan transferred to her or how her own festered.

Unfortunately, since we know Luke can’t die on this show, Reva is ultimately as toothless as the rest of the threats in this episode. Vader is the only one who really even poses the illusion of a threat, displaying more inventive uses of the Force to bury Obi-Wan underground. The pacing of the rest of the scenes makes the Imperials seem useless. Why does the Star Destroyer struggle so much to capture the zig-zagging Path ship? (Giving Obi-Wan several mournful goodbye scenes strains the big ship’s credibility.) Wounded by Vader, Reva struggles against Owen and Beru. But the plot also dictates she can’t actually kill anyone she’s after. And Beru’s insistence that the family stand their ground doesn’t work as a moment of fierce empowerment: the audience knows that Reva won’t kill the family, and that Beru’s later stand against the Empire will be completely ineffective.

I can forgive a lot when it comes to Star Wars. Hyperspace moves at the speed of drama. Relative power levels matter less than plot. Characters fighting against the inevitability of the story established in 1977 can still be great. Just look at Rogue One. Removing Leia from the majority of the finale saps the drama, though. Throughout, I wanted the action integrated more closely into the characters’ relationships. What if Vader threatened Leia? What if Reva had a change of heart but didn’t know how to express that, finding herself at the wrong end of a blaster for a crime she actually didn’t commit? 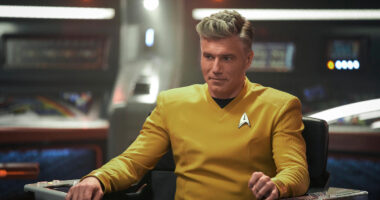 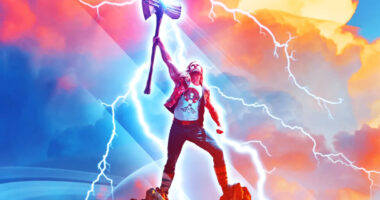 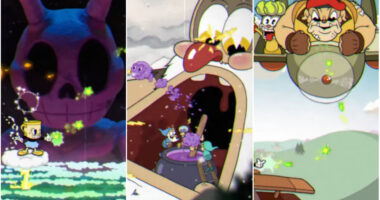 These battles are entered separately, but they’re all united by their “chess… 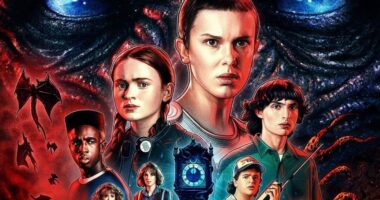 Like most television series, Stranger Things underwent a long creative process before it finally…

Ezra Millers Allegations And Statement: Why Was He Arrested?  Ezra Miller, best…

JACKSONVILLE, Fla. – To celebrate Independence Day, fireworks will be lighting up…
Share on Social Media
twitterfacebookpinterestlinkedintumblrredditwhatsapptelegram