The Brain From Planet Arous: Inside a Cerebral Cult Classic

Den of Geek: The brain from planet Earth was your first full movie, what was the transition from live theater to sets like?

Joyce Meadows: Well, as far as developing characters, bringing the moments alive, my theater background helped all of that. The challenge was the technical things. The Brain from Planet Arous had a lot of different camera moves, and I had to learn to find my marks without looking at them. Actually, the director, Nathan, would just let me walk through that a couple of times, hitting my marks, because that was important to be on camera.

The other difference was: in plays you start with scene one, and movies or TV, they could start with the middle of the script, or toward the end of the script, and then go back to the first. It never was in sequence. You had to remember things and connect as an actor and not lose whatever work you did, no matter what you were going to shoot that day. Those were the two biggest things.

Well, that was the first time John had to play a bad guy, and a good guy. He jumped in and, I think, surprised himself. Those contacts he had to put on, were usually done very quickly, because they were hard contacts. His eyes would just start watering, and go to pot after a minute or so. The hardest thing for John was putting those on and off, which he had to do a few times. But, I tell you, he just did, I thought, a very, very good job of that. And that was his development of character. With the help of our director, of course. And so, I responded.

If the script called for it, would you have put on those contacts? Because I would have quit the profession rather than do that. 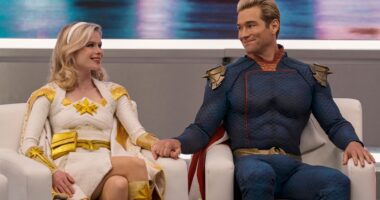 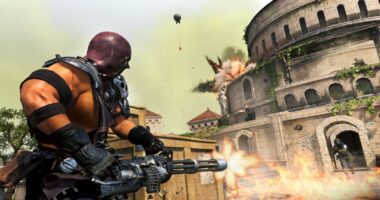 It’s ultimately this gun’s accuracy that helps put it over the top.… 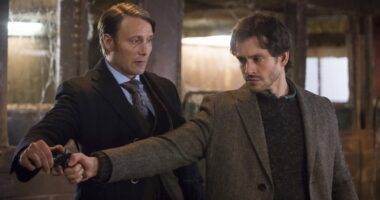 Every episode of Hannibal felt like a miracle. It’s not just the fact that…
Cuphead’s DLC, the Delicious Last Course, is a hearty meal full of…