For most nights in January guests can book a room for around $400. 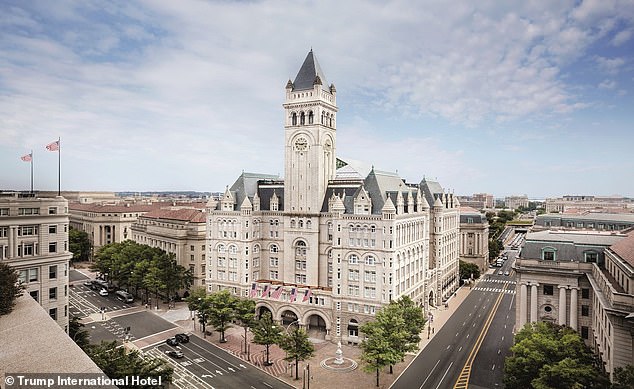 Rooms in President Donald Trump’s D.C. hotel are being sold for more than $2,000 on the dates surrounding President-elect Joe Biden’s inauguration 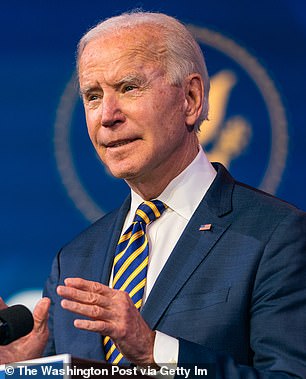 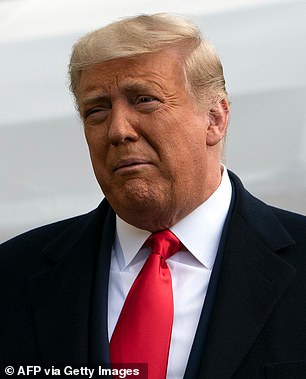 President-elect Joe Biden (left) will be sworn-in on January 20 and rates at President Donald Trump’s (right) D.C. hotel have been hiked for the occasion 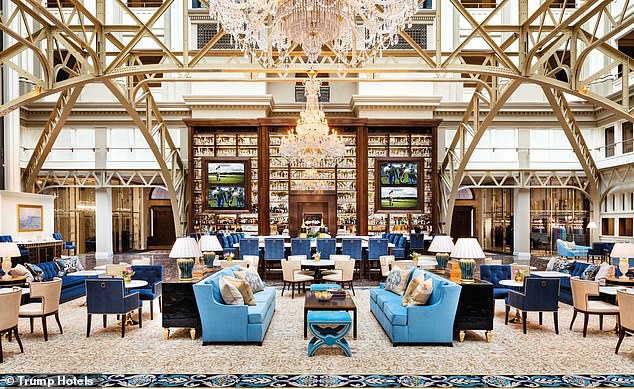 The Trump hotel became a prime people-watching spot for supporters of the president, as the lobby bar attracted VIPs in Trump-world like Rudy Giuliani and Corey Lewandowski 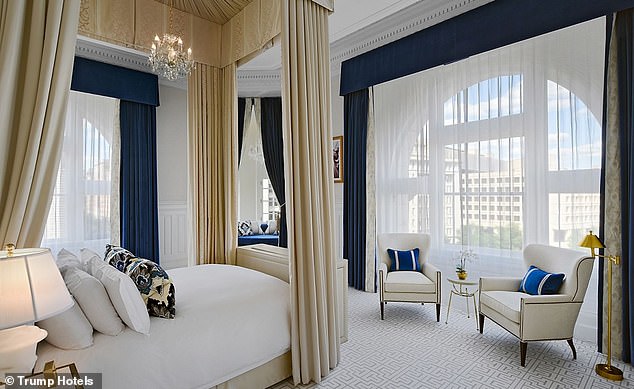 While guest rooms are going for more than $2,000 over inauguration, they’re even more expensive – hovering around a $3,500 nightly rate – on January 6, the day Congress will finalize the presidential election, which Trump wants supporters to protest

Politico first reported on the increased price points, reporting that the hotel is demanding that guests book a minimum two-night stay.

It’s not unusual for D.C. hotels to jack up their prices for presidential inaugurations, in fact, a lot of hotels advertise specials.

A receptionist at the Pennsylvania Avenue N.W. property told Politico that the hotel wasn’t offering inauguration specials, nor were there any events planned.

However, Trump donor Doug Deason told the news site that he was told by the hotel’s manager and food and beverage director that the property was fielding calls from Democrats inquiring about inauguration.

The hotel, which is housed in the Old Post Office building on 11th Street N.W. and Pennsylvania Avenue, does boast a prime viewing spot for a traditional inauguration, as it’s located just a block north of the National Mall, where the new president is sworn-in and is along the inauguration day parade route.

The Trump hotel, however, has become like everything else in the Trump era: highly politicized.

Supporters of the president have flocked to the hotel as it’s a place for prime Trump orbit people-watching.

Even Trump, himself, will come walking through the lobby on occasion, to grab dinner at the upstairs BLT Prime, which overlooks the grand lobby bar.

It’s not a place that has traditionally attracted Democrats – though liberal activists will sometimes superimpose protest slogans on the building’s exterior.

It’s clear that management knows this too.

While rooms are going for more than $2,000 over inauguration the prices are even higher on January 6 and the night before.

On January 6, Congress will meet and finalize the presidential election result.

Trump has called on supporters to come to Washington, D.C., to protest that meeting, as he continues to refuse to concede the election to Biden.

When Bob Grayson goes back to Uranus in the 1950s, he learns…