The only prisoners to have possibly escaped from Alcatraz may have gotten away with it for the last six decades, but their time on the run could be about to run out—assuming, that is, that they’re still alive.

The U.S. Marshals Service has released age-processed images of convicted armed robbers Clarence Anglin, John Anglin, and Frank Morris in a wildly optimistic bid to put the trio back behind bars. On June 11, 1962, the three busted out of the notorious San Francisco island prison using a raft made from fused raincoats, after spending a year tunneling into the Rock’s drainage system using spoons.

It’s not clear to this day if the group managed to survive the perilous crossing from the island to the mainland. But the ingenuity of their escape from what was considered at the time to be the most secure prison in the world fascinated the public and Hollywood alike, inspiring Clint Eastwood’s 1979 movie Escape From Alcatraz. According to the FBI, 36 men attempted to break out of Alcatraz in 14 separate escapes between 1934 and the prison’s closure in 1963—the Anglin-Morris escape is the only one that may have succeeded.

Their plan involved making a secret workshop above the cell block where they could fashion their raft and life vests. They also went to the trouble of making dummies with plaster heads featuring real human hair from the prison barber shop so that passing night guards would be fooled into thinking the convicts were still sleeping in their cells during the getaway, a move that bought the inmates a 10-hour head start over authorities.

On the night of the escape, the group clambered up a series of pipes to reach the prison house roof through a ventilator. They then managed to get over the prison fence to reach the island’s shore, where they launched their raincoat raft.

When authorities realized the Anglins and Morris had escaped, the prison was put into lockdown and a huge manhunt was launched. Federal officials insisted the group must have drowned in the bay. A sealed bag with lists of names and addresses assumed to have belonged to the convicts was recovered near the Golden Gate Bridge, and a Norwegian ship spotted a body in the water wearing what appeared to be prison clothes. But for decades speculation has persisted that the convicts could have made it and started new lives under new identities.

In 2013, San Francisco police received a letter purporting to be from John Anglin. It claimed that he had survived the 1962 escape but he was now living with cancer. It also included an offer to serve another year in prison in exchange for medical treatment—the U.S. Marshals Service said in 2018 that results of an analysis of the handwriting in the letter proved “inconclusive” when compared to that of the convict.

It’s unclear if the case has seen any major developments since the receipt of the letter other than the digitally aged photographs.

“The ongoing U.S. Marshals investigation of the 1962 escape from Alcatraz federal prison serves as a warning to fugitives: That regardless of time, we will continue to look for you and bring you to justice,” the U.S. Marshals Service said in a statement. 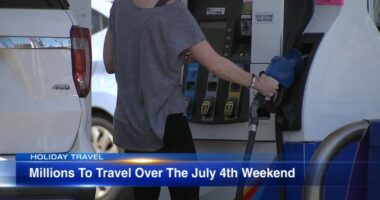 CHICAGO (WLS) — Fourth of July travelers are hitting the road and… 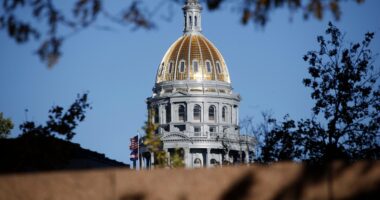 Chicago police responded to a shooting in Chicago’s Chinatown at around 10:50…
Share on Social Media
twitterfacebookpinterestlinkedintumblrredditwhatsapptelegram