Anne Heche’s father raped her, her brother committed suicide and her mom disowned her

Troubled actress Anne Heche’s life has been beset with pain and heartache, even before her fiery car crash in California on Friday.

On August 5, Heche was involved in multiple car crashes, first slamming into a garage at an apartment building, then careering into a home in her blue Mini Cooper leaving her ‘severely burned’ and ‘intubated’ in a Los Angeles hospital.

Before the star was born, her sister, Cynthia, died from a heart defect at two months old. Things steadily went from bad to worse.

Her family constantly moved as their father struggled to provide for the family. Born in Ohio, Heche her transient family would move to southern New Jersey, back to Ohio and finally to Chicago, Ill. during her adolescence.

In 1983, her father, Donald, became one of the first people in the United States to be diagnosed with AIDS, which was how his family came to learn that the Baptist minister and choir director had been living a secret homosexual life.

According to Heche, her father never admitted to being gay. He died from the disease at the age of 45.

That same year, Heche’s 18-year-old brother, Nathan, crashed his car into a tree and was killed. That’s just scratching the surface of the actress’s tragic life. 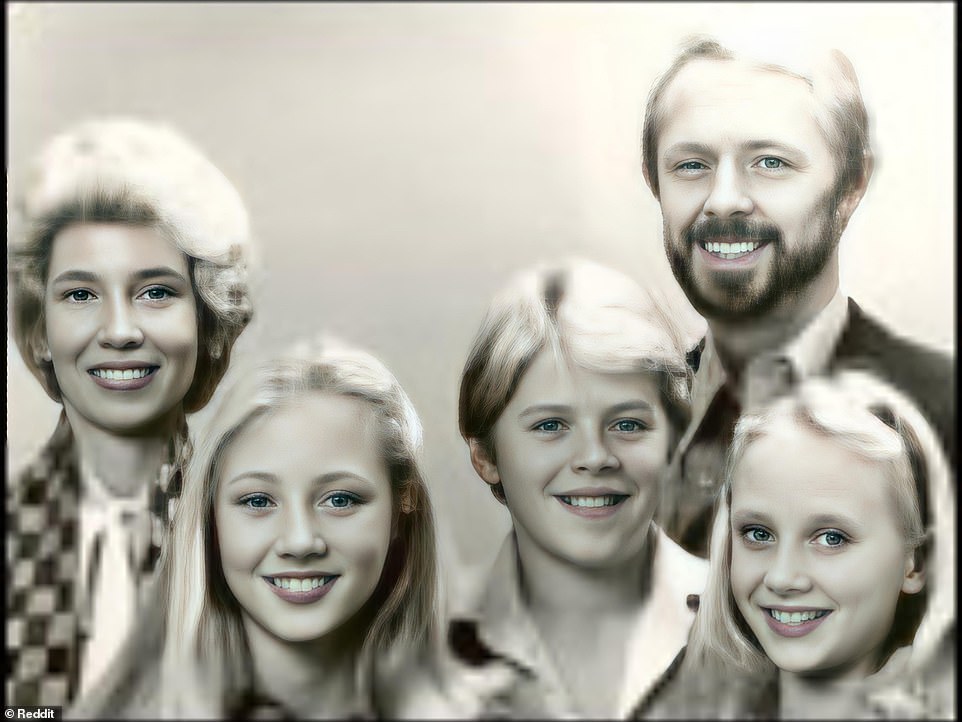 In her 2001 memoir, ‘Call Me Crazy,’ Heche disclosed that her father was a closeted homosexual who sexually molested her and gave her genital herpes. ‘He raped me … he fondled me, he put me on all fours and had sex with me,’ she wrote.

Heche also said that she feared for her life as she was worried that her transmitted the disease to her.

‘I think my father was a sexual addict. I think he saw everybody as a sexual being. But I think at that time he was living a very flamboyant homosexual lifestyle,’ she told Larry King in a 2001 interview. ‘You know, at that time there were bath houses where the whole trick was how many can you do a night. You know, there is no question of what he was doing at that time.’ 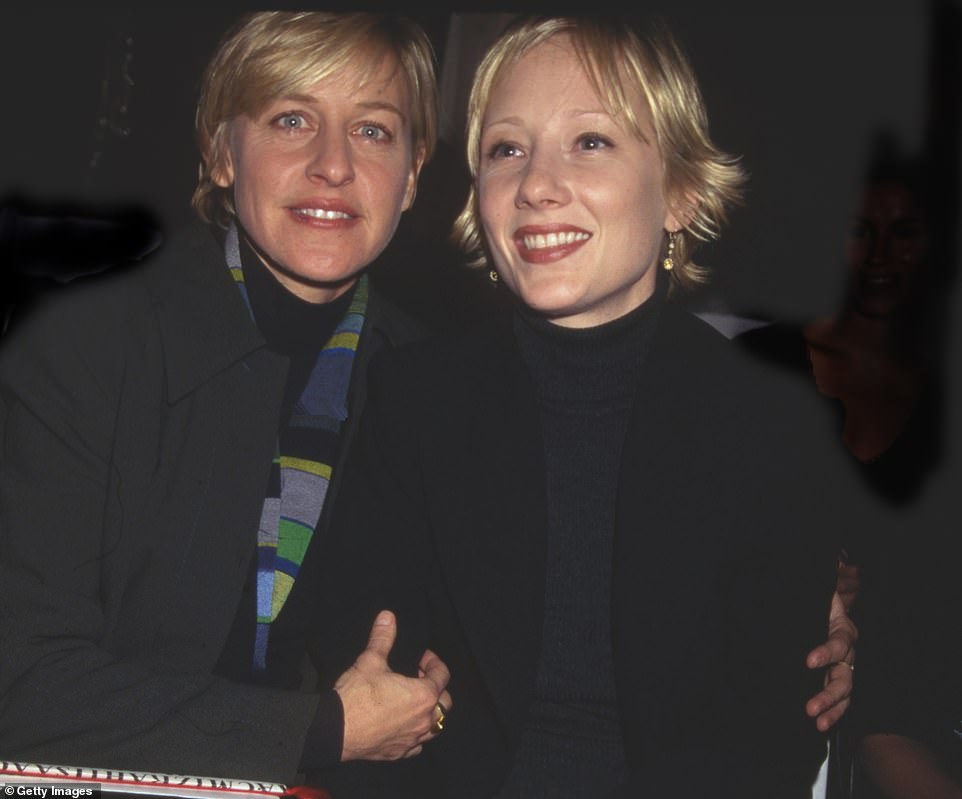 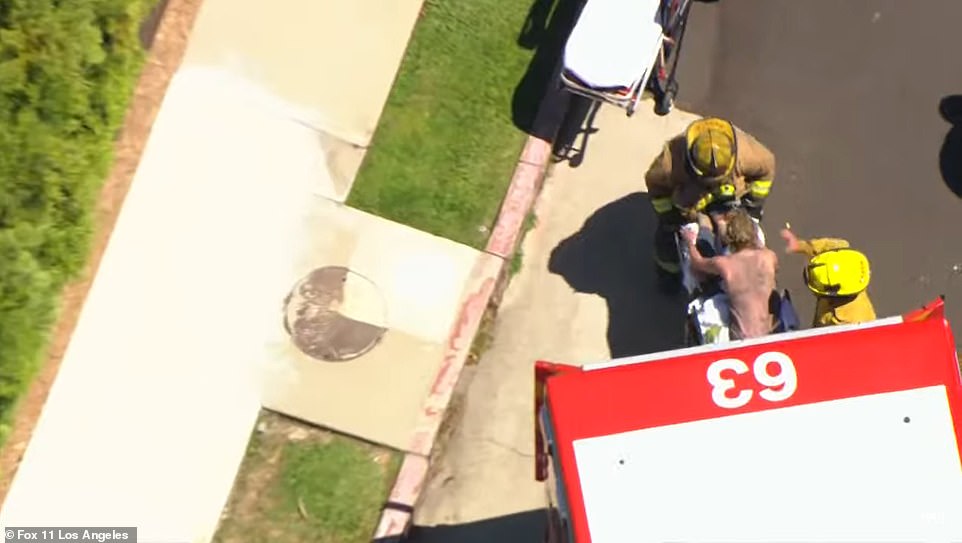 Three months after her father died, Heche’s brother, Nathan, was killed in a car crash after apparently falling asleep at the wheel and crashing into a tree. He was 18.

Heche has said she believes he committed suicide. The Camden Courier-Post reported that Nathan Heche was traveling along on a wet road when he careered into a tree.

Following her brother and father’s death, her mother moved the family to Chicago. In an appearance on ‘Hollywood Medium,’ Heche said: ‘His death is the reason I moved from New Jersey to Chicago.’

Medium Tyler Henry claimed to have connected with Nathan Heche saying: ‘He’s proud that you’ve been able to talk about these things and discuss these things, because you’re doing it for him too. And he appreciates that.’

Her sister, Susan Bergman, published her own memoir about their childhood in 1994 titled ‘Anonymity.’ Bergman died in 2006 at the age of 48 following a battle with brain cancer. 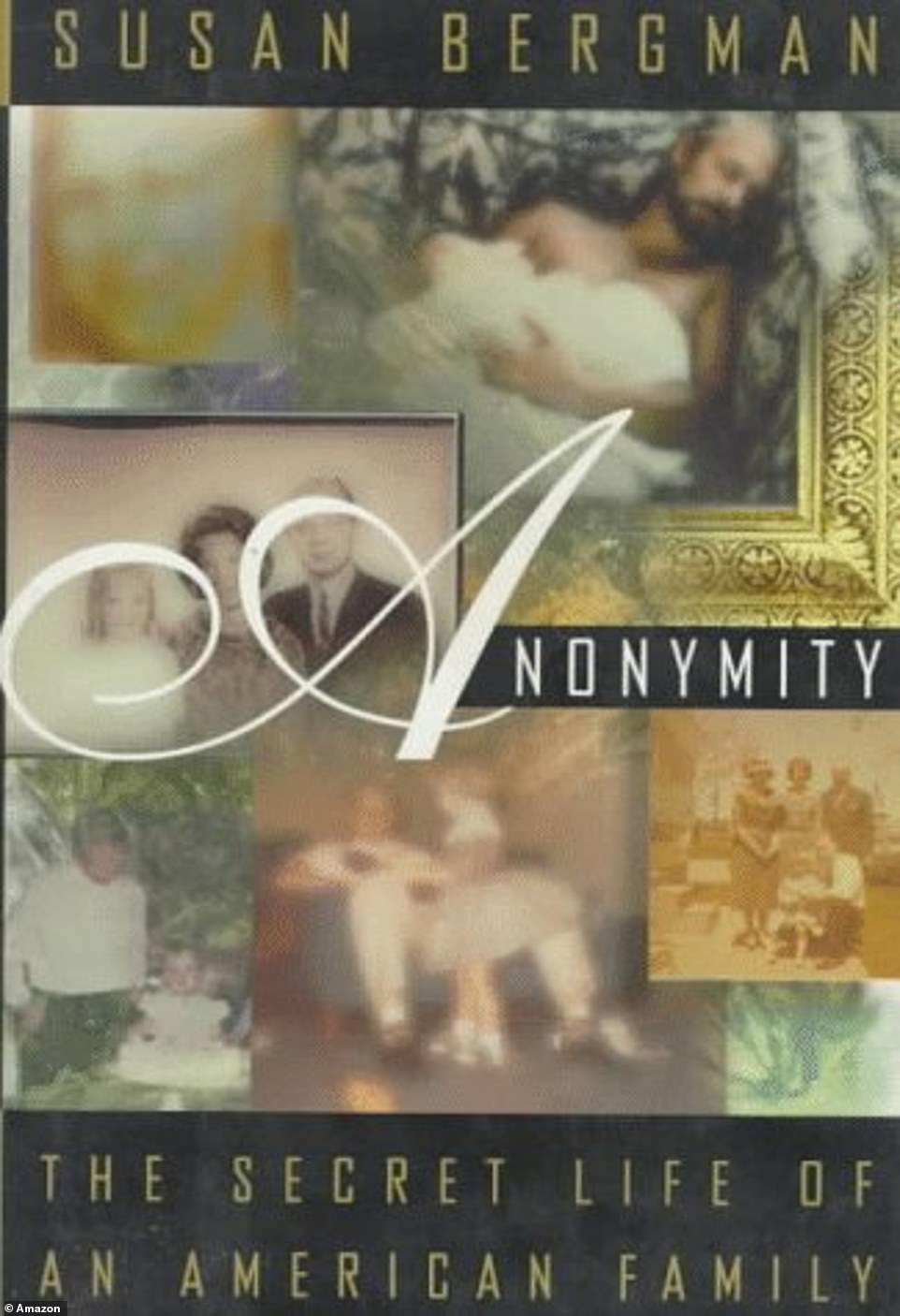 In the 1990s, even prior to her sister’s fame, Susan Bergman, the eldest of the Heche family, wrote a book about their father’s secret life as a homosexual

In her book, Bergman spoke about her father’s clandestine life. She wrote that the family found out he was a homosexual the same year that he died. Bergman also said that her father was a talented musician but was ‘detached from reality,’ according to the Chicago Tribune.

Bergman was a well-known writer who lectured at New York University, Northwestern University and the University of Notre Dame.

She told the Tribune that her father was constantly chasing major business deals that often left the family destitute. She said: ‘I think I, and my sisters, started looking around for a real father in some ways.’

Heche said in her book that during her 20s, she had romantic affairs with much older men such as comedian Steve Martin and Fleetwood Mac guitarist Lindsay Buckingham. In her book, Heche wrote about her thoughts of Martin saying: ‘Why couldn’t my father have been more like him?’

In 2019, Bergman’s widower Jud Bergman was killed at 62 alongside his second wife, Mary Miller-Bergman, when the taxi they were traveling in was hit by a drunk driver. During the crash, Bergman was thrown from the car and died instantly.

Heche’s has expanded on her sister’s portrait of their family life in interviews over the years.

Speaking about her life in Chicago, Heche said: ‘My days were spent in school, my afternoons were spent working at Haagen-Dazs and other places and my evenings were spent holding my mother, who kept crying.’

She continued: ‘We lived in a one-room apartment. My mom tried to keep it together, but at night she would break down. I didn’t cry about their deaths until five years later when I moved out.’

Heche told the Advocate in a November 2001 interview saying: ‘My father was a schizophrenic. He lived two complete lives, one as a heterosexual man who directed the choir and had a family and one who went away. We didn’t know what he did until years later.’ 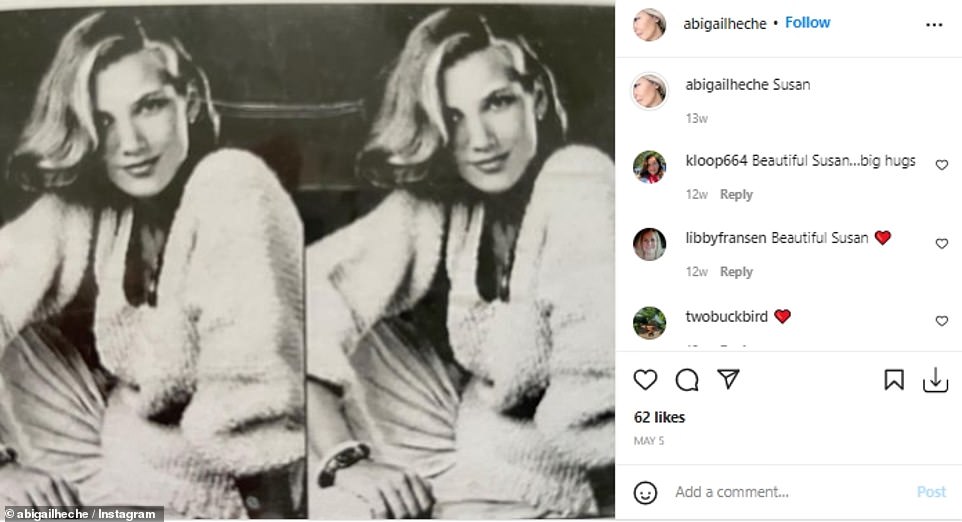 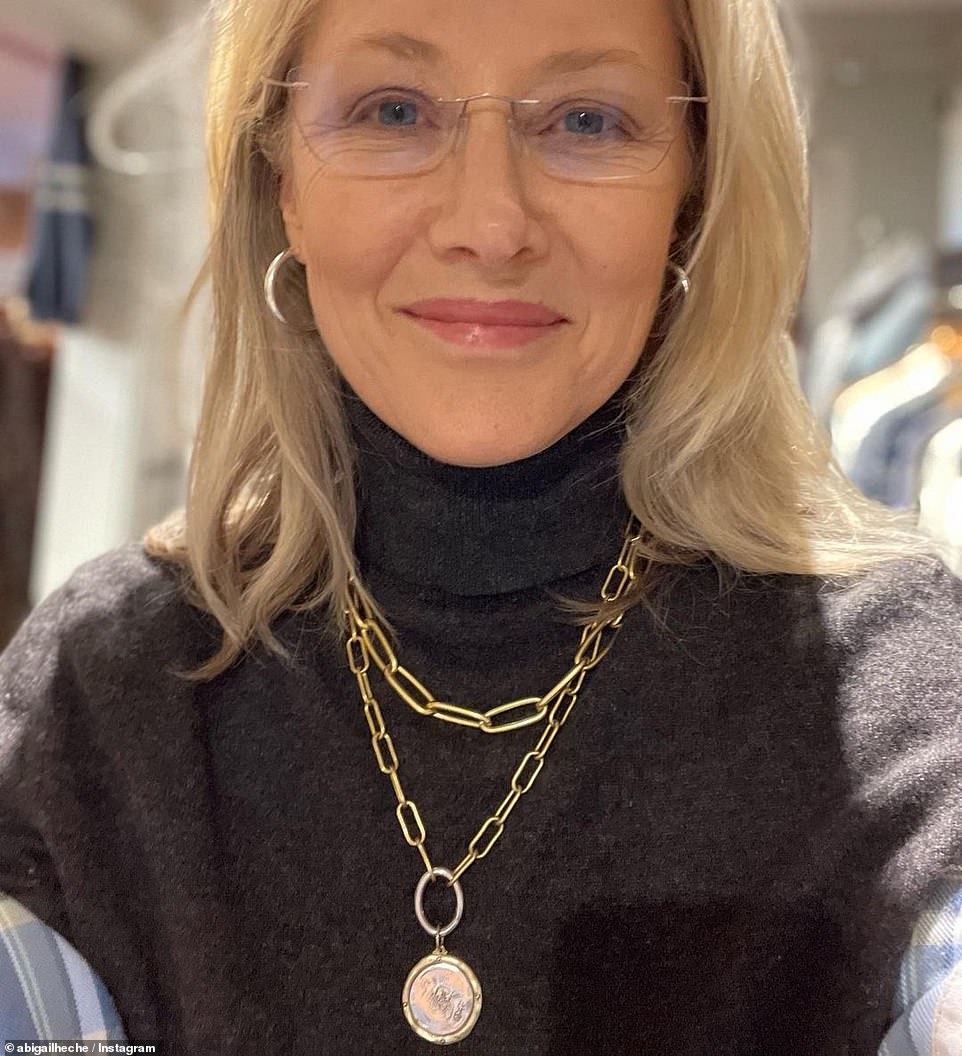 Heche’s other sister, Abigail Heche. She is an Illinois-based jewelry designer. Heche said in an interview that she had rebuilt her relationship with her sister following a years long absence from each other’s lives

In a 1998 interview with Allure, Heche said that her father lived as a strict religious choir leader while cruising gay bars at night.

She continued: ‘My father was doing things that are attributed to schizophrenia–big [business] deals, delusions of grandeur. Which I also had, so I know there’s a lot of connections with the insanity that I had with my father.’

Following an arrest in Fresno, California, when she was taken into custody for wandering on to private property in her underwear and began talking to children about taking them to heaven in a space ship, Heche described it as a ‘psychotic break.’

In response to Heche’s autobiography, her mother Nancy Heche said: ‘I am trying to find a place for myself in this writing, a place where I as Anne’s mother do not feel violated or scandalized.’

Her sister, Susan Bergman said that she objected to not being consulted by Heche about her book.

Abigail Heche, a jewelry designer, said: ‘It is my opinion that my sister Anne truly believes, at this moment, what she has asserted about our father’s past behavior … [but] based on my experience and her own expressed doubts, I believe that her memories regarding our father are untrue.’

In order to cope with her alleged abuse, Heche said that she developed an alter-ego named Celestia. She told Barbara Walters in an interview about the persona saying: ‘I believed that I was from another planet. I think I was insane.’

Thanks to a role in a 2004 TV movie named ‘Gracie’s Choice,’ where Heche played an abusive alcoholic mother, she told the Los Angeles Times that she came to terms with the idea that her mother didn’t love her. 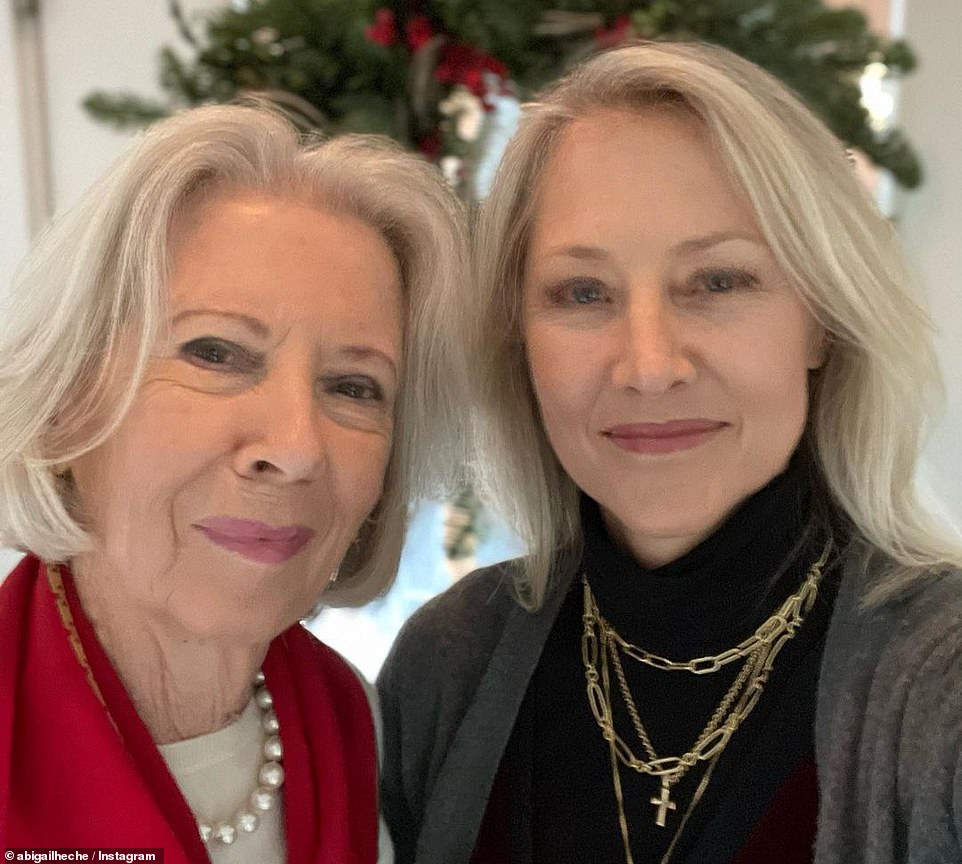 Nancy Heche pictured with her daughter Abigail. In addition to her mother, Heche said that her sister remained distant from her relationship with Ellen was made public

Speaking about how her mother seemingly ignored the abuse she faced from her father, Heche said: ‘I always wondered if my mother was conscious — if you can treat children that way and still love them.’

She said that she did not feel that it was possible to still love your children and to allow them to suffer. Heche added: ‘It was a relief to me to finally come to terms with this question.’

In preparation for her role in the psychological thriller The Vanished, Heche said that she also used her real-life trauma as motivation: ‘The thing about mourning and loss is that you don’t have to do much research if you’ve experienced it on different levels, and I think we all have on different levels. This character, who loses her child, required a deep dive into the sorrow that I’ve been through in my life.’

She continued: ‘Unfortunately, there have been multiple deaths in my family. So in order to pull off playing this role, I couldn’t hold back how deep that loss goes.’

Heche has long claimed that she was black listed in the early 2000s in the fallout from her public lesbian romance with Elle DeGeneres.

She told the Guardian in 2000 about their relationship’s effect on her family life saying: ‘I was naive, hugely naive. I fell in love and I didn’t believe people would care. The Hollywood community and friends and family backed away.’

In the same interview, Heche said that her religious mother did not speak to her after the actress came out. She also said that the her two sisters remained distant from her.

In 1998, Heche told the Tampa Bay Times that her mother believed that her lesbian relationship was a ‘sin.’

While Nancy Heche told the Christian Broadcasting Network that she felt her daughter’s relationship with Ellen DeGeneres was ‘Like a betrayal of an unspoken vow: We will never have anything to do with homosexuals.’

In a separate interview, Nancy told AL.com in a 2009 that she felt as though she didn’t handle her daughter coming out in 1997 well. She said: ‘I’m sorry I didn’t know how to deal with it well. God was giving me an opportunity. We had good moments of trying to connect. All of us were learning how to handle it. We loved each other; how do you live out that when you disagree?’ 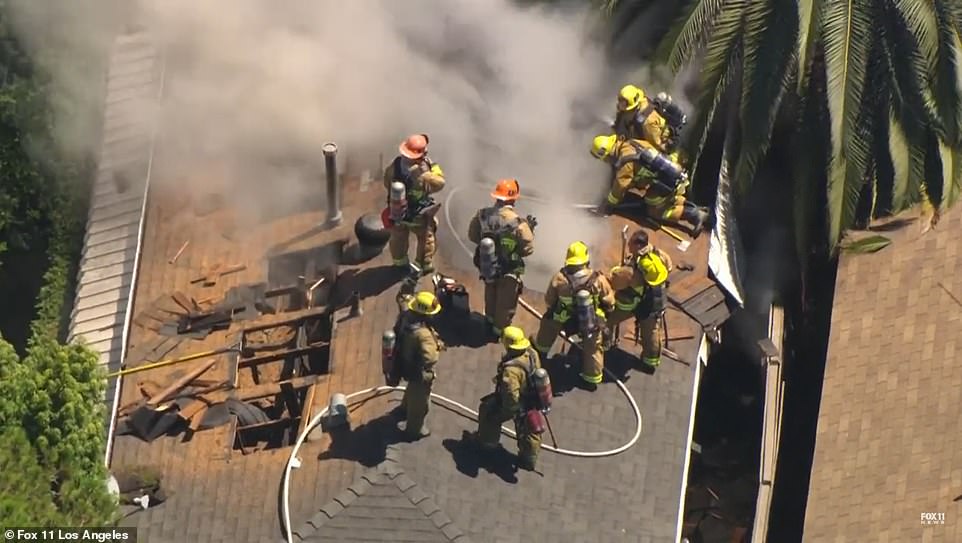 Nancy also said that she found out her husband was a homosexual from his doctor. She said: ‘We fail. We betray each other. It’s a sad story. God had to teach me a lot. We’re to act out of our healing, not out of our woundedness. I was hurt and felt betrayed.’

She also downplayed any tension between her and her daughter saying that they have a ‘typical mother-daughter relationship.’ She said: ‘We connect and we don’t connect. That’s pretty typical. I have a growing relationship, a loving relationship with her. I love her.’

Heche admitted in a 2011 interview with the Daily Telegraph that she had recently begun to rebuild her relationship with her sister following a 20-year feud. The ‘I Know What You Did Last Summer’ star said: ‘She came out to visit last week, and we’re having a wonderful time in our friendship as we’ve gotten closer. We’ve both put our stuff behind us.’

In 2015, Nancy Heche conceded: ‘[Anne has] stopped talking to me. She made the decision to cut off communication.’ 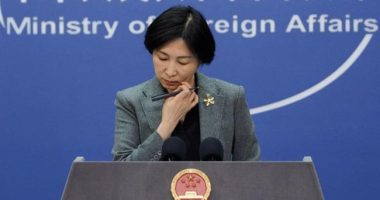 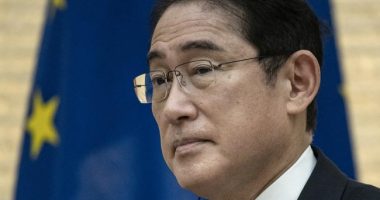 Kisihida said he may dismiss Arai, who later apologized for “misleading” comments… 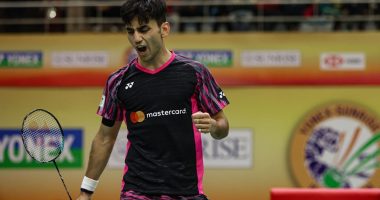 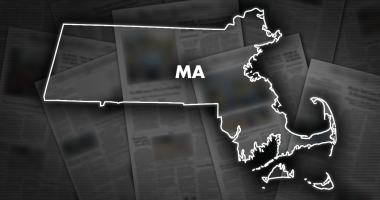