Beavis and Butt-Head Are Back in a New Movie

The question swirling around Beavis and Butt-Head Do the Universe, Mike Judge’s movie-length resurrection of his mid-1990s MTV slacker sensation Beavis and Butt-Head, is “Can Beavis and Butt-Head still be funny today, now that we have ostensibly evolved to be a more sensitive culture?” The answer is that Beavis and Butt-Head—bored, unattractive teenage boys perpetually in search of getting laid, a goal that will surely elude them for all eternity—are still funny. It’s we who have gotten less funny, both more cautious about laughing at things we shouldn’t and more demanding that our humor come with a side order of redeeming intelligence. No wonder we’re miserable.

To be fair, in 2022 we live in a miserable world; some days it feels impossible to find anything to laugh at. But maybe that’s why the oafish naivete of Beavis and Butt-Head feels more like a salve than a throwback. Following is only a partial list of things that happen in Beavis and Butt-head Do the Universe: Beavis and Butt-Head set their high-school gym on fire during a science fair, are chosen to be blasted into space thanks to their fixation with certain repetitive gestures, and encounter versions of themselves from a future dimension, superior beings (though it’s all relative) who look very much like the Beavis and Butt-Head we know, except they shimmer along in Grecian-style togas and dispense wisdom, of sorts, without snickering. The whole plot is set in motion by a “lady” astronaut named Serena (Andrea Savage), who, the guys believe, has offered to have sex with them. It also involves both interplanetary and time travel. As Beavis muses when he’s introduced to the concept of the wormhole, “I always wondered how worms score.”

Judge’s original show, which aired from 1993 to 1997, with a brief resurrection in 2011, was a crudely animated—and crude, period—hootenanny of hormones and boredom. It was a kind of minimalist collage perfect for the small screen, its visuals so pared down they were practically a relaxant. The 1996 film Beavis and Butt-Head Do America was, in its puerile way, just as funny as the show, but the characters translated stiffly to the big screen. Their intentional flatness, such a weird delight on TV, seemed lost on the grander expanse.

There was something else: it seemed sort of transgressive, or at least a lazy pleasure, to partake of this smart-dumb show while slouched on the sofa at home. These characters seemed to belong there, thriving denizens of that thing our dads used to call the idiot box. To step out of your living room to see these characters blown up larger than life felt like a betrayal of their couch-potato kingdom. But now that so many of us watch moves at home anyway, Beavis and Butt-Head Do the Universe—available to stream from Paramount+—feels properly scaled. It’s also a trim, invigorating 96 minutes long. Judge—who also wrote the script, and who, as always, provides the voices of both characters—knows just how much Beavis and Butt-Head is too much Beavis and Butt-Head.

Surely, though, in the 25 years they’ve been off the scene, our hapless youthful cretins must have learned something? With their pasty legs and black socks, their extravagantly misguided mullet-pompadours, their terrible nostrils, they’re still walking versions of the eternal crisis in masculinity—they simply have no clue what they’re doing. Yet perhaps that’s their big selling point, especially today. At one point Beavis and Butt-Head wander into a modern-day gender studies class, and though the teacher at first praises them for using the word “slut” in a sex-positive way, they cluelessly push their luck in the horndog department, attracting the ire of both instructor and students. “This is a classic example of white privilege, and you two have it,” the teacher scolds.

They have no idea what she means—not just because they’re frozen in the late 1990s, but because they’re not terribly bright. After several students rush to explain, their faces light up. They had no clue they were privileged! What a gift! They rush through the campus with abandon, cutting in front of other kids in the cafeteria line, doing whatever they darn well please, with even less regard than usual for society’s basic everyday niceties.

Judge knows exactly what he’s doing; Beavis and Butt-Head the show was both satire and straightforward celebration of the mighty id, with the two so intricately entwined you couldn’t tell which was which. So much has changed in 25 years, but Beavis and Butt-Head haven’t. Guilelessness is hard to come by today, in comedy or anywhere; we’re all so damn knowing all the time. The joy of Beavis and Butt-Head Do the Universe is that these two haven’t gotten the memo. It’s true, they know no greater amusement than kicking one another in the ‘nads. And in one scene, they learn with horror that the beloved TV in their home has been replaced with the thing they hate most: books. But they’re their own worst enemies. The joke is always on them. And they roll with every gag, eluding any attempt at rehabilitation or redemption. As cartoons, they’re free in ways we never could, or should, be. May they always have a bounteous supply of TP for their bungholes. 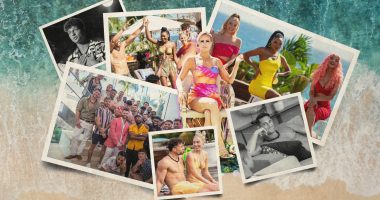 Nothing gold can stay. Amid numerous cancellations, mix-ups, and even the complete… 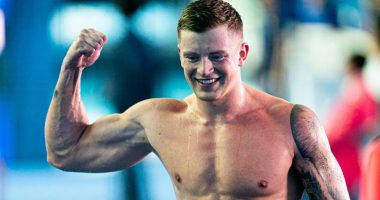 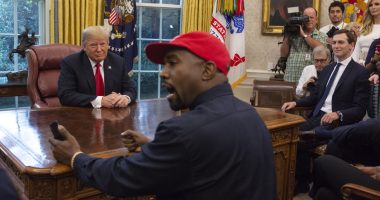 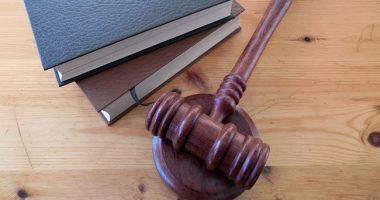 The court said that the requirement for obtaining sanction is mandatory. (Representational)…

EXCLUSIVE: Facing a massive ongoing surge of illegal immigration at the U.S.…