Biden attending G7, NATO summits amid ‘the most serious security situation in decades’

President Biden will travel to the G7 and NATO summits this week to emphasize the “strength” of U.S. alliances amid what a senior administration official describes as “the most serious security situation in decades,” and as the united Western front backing Ukraine against Russia shows signs of strain.

The president will travel to Schloss Elmau in southern Germany Saturday to attend the G7 Leaders’ Summit, where he and allies will discuss a range of the most pressing global issues.

Topics will include the G7’s “unwavering support for a democratic, sovereign and prosperous Ukraine, economic and democratic resilience, tackling the climate crisis, development infrastructure, global health security and the food and energy crisis caused by Russia’s war of aggression,” the White House said.

A senior administration official said the president will begin his visit to Germany by meeting with German Chancellor Olaf Scholz.

The official said the meeting would be “a good opportunity for the president to check signals with Germany at the top, as well as to affirm the enduring ties between our two countries and our continued coordination on a broad range of global challenges.”

The official also noted that Ukrainian President Volodymyr Zelenskyy will join leaders virtually at the G7 to discuss the “ongoing efforts to help Ukraine defend itself against Russia’s aggression.”

During the G7, the official said, the president will “roll out a concrete set of proposals to increase pressure on Russia and demonstrate our support collectively for Ukraine.

“We will address the impact of Putin’s war on prices rising at home and all over the world, including on energy security and food security,” the official said.

“They will strengthen our cooperation on economic issues, cyberspace and quantum and, in particular, the challenges posed by China.”

The official also announced that the president will make an “official launch” of the U.S. “global infrastructure partnership,” which is set to “lift up our low and middle-income partner countries while advancing U.S. economic competitiveness and national security.”

On June 28, the president will travel to Madrid, Spain, for the NATO summit, the fourth since Biden took office.

Biden is scheduled to meet with Spanish President Sanchez as well as the king of Spain ahead of the NATO summit to “check signals.”

Administration officials said Biden’s leadership has “helped revitalize the alliance and make NATO more united and stronger than ever.”

“We’re seeing new countries, such as Finland and Sweden, seeking to join the alliance, support for NATO membership and increasing defense spending has surged in public opinion,” the official said.

The official said that, with regard to Ukraine, one of Russian President Vladimir Putin’s “objectives” was to “try and show disunity.”

“He has clearly failed because, as I said, our assessment is that NATO is more strong and united than ever,” the official said.

READ THE LATEST UPDATES ON THE WAR IN UKRAINE

The comments come as western unity on Ukraine is beginning to show signs of wear and tear, as the war rages on for a fourth month. Reports suggest that France, Italy and Germany could be hoping to begin peace negotiations with Russia.

“Russia obviously continues to be the most serious and immediate threat to the alliance,” the official said, but NATO plans to address the challenges coming from China as well.

With regard to discussions on energy and rising gas prices, the official said Ukraine is expected to be “at the very front of conversations.”

Russian President Vladimir Putin chairs a meeting on the country’s transport industry via video link in Sochi, Russia, May 24, 2022.
(Sputnik/Mikhail Metzel/Kremlin via Reuters)

“I think we expect energy to be very much at the heart of the discussions,” the official said. “The principle that President Biden has articulated there — G7 leaders have articulated since the start of Russia’s invasion — has been one of maximizing pain on Putin’s regime and minimizing the spill backs back onto the rest of the world.”

The official said that leaders are “likely to speak to a set of shared values around taking steps to reduce reliance on Russian energy.”

Biden in March announced a ban on all imports of Russian oil, gas and energy to the United States, targeting “the main artery” of Russia’s economy amid Putin’s war on Ukraine.

Also in March, Biden and Ursula von der Leyen, president of the European Commission, announced a joint task force to help Europe pull away from its reliance on Russian gas.

Under the plan, the U.S. and other nations would increase liquefied natural gas exports to Europe by 15 billion cubic meters this year.

Meanwhile, the U.S. national average for a gallon of gasoline sits near $5. Before this year, the highest national gas price average ever recorded by AAA was $4.11 per gallon in July 2008.

Biden and his administration have repeatedly blamed Putin’s war in Ukraine for skyrocketing prices at the pump, and inflation in the U.S.

Brooke Singman is a Fox News Digital politics reporter. You can reach her at [email protected] or @BrookeSingman on Twitter. 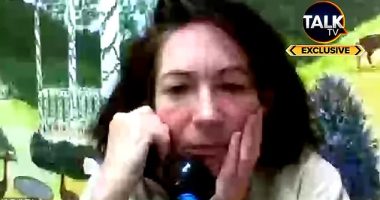 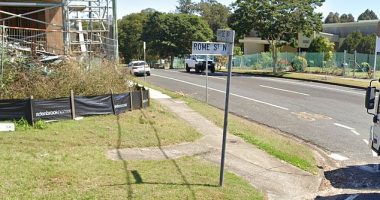 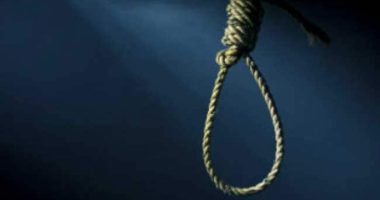 In the second ODI at Raipur, the Indian Cricket Team won the…