Singer Britney Spears got married earlier this month… and then turned around and deleted her Instagram account!

Fortunately, she also uploaded some photos to Twitter so that fans could still look back on her wedding. On Wednesday night, though, the “Gimme More” singer was back on Instagram, showing off her new pool with now-husband Sam Asghari.

Britney Spears STILL Hasn’t Been On Her Honeymoon Yet!

Brit posted two almost identical snapshots of herself in a colorful bikini before switching gears. In the third slide of the Instagram carousel, the Iranian actor takes a dive into the pool. Britney showed that even the dog came over to watch and went back and forth a few times showing Sam in the pool and their pup looking to join in on the fun.

Britney revealed that she hasn’t been on her honeymoon yet because she got married and moved into a new house. We previously reported that she moved into the same neighborhood as her ex-husband Kevin Federline, so at least Britney will be close to her two teenage sons!

“Haven’t been on my honeymoon yet … got married and moved into a new house around the same time … not the smartest thing to do … 🤧🤧🤧🤔🤔🤔” Britney wrote.

Although it definitely sounds like a stressful period in her life, Britney is out of her 13-year conservatorship, recently married, and looking to grow her family with Sam Asghari after suffering an unfortunate miscarriage earlier this year. As Brit wrote, “… oh well it’s coming together …”

Britney Spears Is Still Getting Used To Her New House!

The “Oops!… I Did It Again” singer revealed that she’s in “shock” to be in her new house, which is reportedly a bit bigger than her older one. It must have tons of room for dancing, although Brit hasn’t posted a new dancing video since she moved yet. We’re sure one will come soon!

“it’s so weird I wake up and everything is new … new pool … new kitchen … new bed … I think I’m in shock !!!” Britney wrote. “Figuring out a couple of things … I definitely like being outside but I also like being inside too … my yard is sick so my dogs are in pig heaven 🐷🐷🐷 !!!”

Although Brit said that she’s in shock, she also said that change is “so great” although she might have been sarcastic. She also poked fun at her old-school lingo!

Sharing what exactly? We’re not quite sure, but we’re sure that Brit will let us know. She switched gears again and mentioned her family again, as she usually does.

“my family has always had a way of letting me know … well I guess I have a pretty good way as well !!!” she wrote. Fortunately, she stopped talking about her family to focus on all the good stuff she has in her life… and it does sound pretty great! Britney is taking some time for herself to relax in the pool and apparently, Sam is one good cook too!

Britney Says She Cut Her Hair???

Her hair doesn’t look all that short in those pics but fans might just have to wait and see to her next post to find out how short it really is! Plenty of fans and famous friends celebrated her return to Instagram. Kathy Hilton wrote, “Your back” along with a bunch of raised hands emojis and a heart emoji. She added, “So happy for you & Sam!!! Such a beautiful wedding.”

Britney said that she went down that slide four times, but fans are still waiting to see it! Hopefully, fans will have a lot of pool snaps and dancing videos to look forward to this summer! 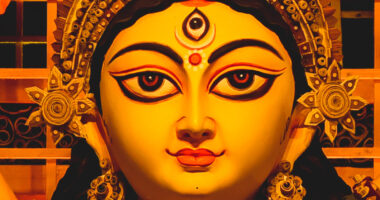 “Chinnamasta” translates directly to, “the one with a severed head,” as Hindu Facts notes. According… 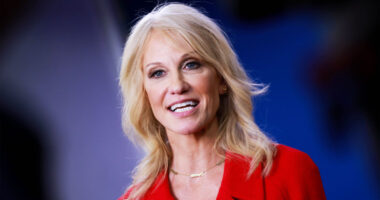 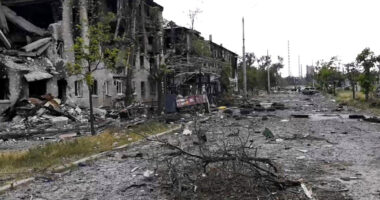 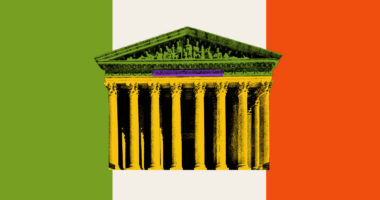 NEW ORLEANS, Louisiana—Despite blistering sun and a heat index of more than…

D-Day for Starmer? Labour leader Sir Keir may find out TODAY if…