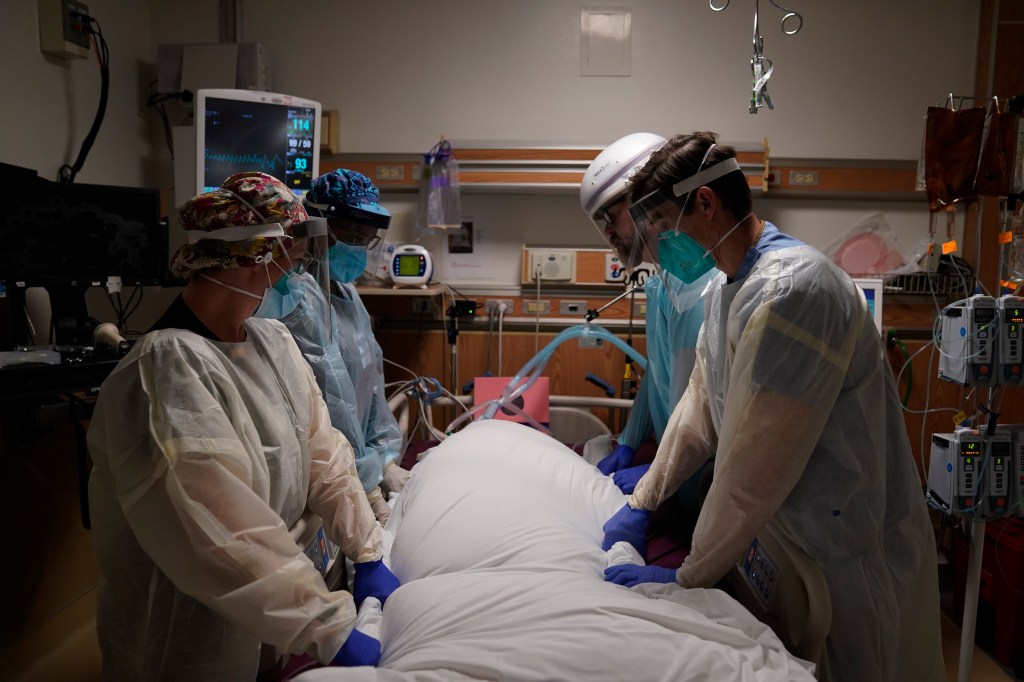 LOS ANGELES — California hospitals ended the year on “the brink of catastrophe,” a health official said as the pandemic pushed deaths and sickness to staggering levels and some medical centers scrambled to provide oxygen for the critically ill.

Assessments could begin as early as Saturday, according to a statement from the governor’s office. The collaboration comes as older hospitals are having difficulty maintaining oxygen pressure in aging infrastructure and some were scrambling to locate additional oxygen tanks for discharged patients to take home.

“By working to upgrade challenged oxygen delivery systems at these older hospitals we can improve the ability to deliver life sustaining medical care to those who need it,” said Mark Ghilarducci, director of the Governor’s Office of Emergency Services.

California on Thursday became the third state to exceed 25,000 COVID-19 deaths since the start of the pandemic, behind New York with nearly 38,000 deaths and Texas with more than 27,000, according to a tally by Johns Hopkins University.

In addition, San Diego County said it had confirmed a total of four cases involving a mutant variant of the coronavirus that appears to be much more contagious. Other cases have been confirmed in Florida and Colorado.

None of the men diagnosed with the strain in San Diego County had any known interaction with each other and at least three hadn’t traveled outside the country, leading public health officials to believe the new variant is “widespread in the community,” a county announcement said.

The county also ended the year by announcing a grim new death toll of 62, the single highest one-day figure since the pandemic began.

Hospitals, particularly in Southern California and the agricultural San Joaquin Valley in the middle of the state, have been overrun with virus patients and don’t have any more intensive care unit beds for COVID-19 patients.

“We’re exhausted and it’s the calm before the storm,” said Jahmaal Willis, a nurse and emergency room leader at Providence St. Mary Medical Center in Apple Valley. “It’s like we’re fighting a war, a never-ending war, and we’re running out of ammo. We have to get it together before the next fight.”

On Friday, more than 7,600 people were hospitalized for COVID-19 in Los Angeles County, which has a fourth of the state’s population of 40 million but has seen 40% of its virus deaths.

The virus is pushing hospitals “to the brink of catastrophe,” said the county’s health services director, Dr. Christina Ghaly. “This is simply not sustainable. Not just for our hospitals, for our entire health system.”

Cathy Chidester, director of the county’s Emergency Medical Services Agency, said hospitals were facing problems with oxygen with so many COVID-19 patients needing it because they are struggling to breathe.

Some COVID-19 patients can require 10 times as much oxygen as a normal patient.

The crush of patients meant hospitals were having to jockey to find places to see even those with non-virus complaints.Chidester said ambulances were being forced to wait in bays as long as eight hours before they could transfer patients inside hospitals — and in some cases, doctors were treating patients inside ambulances.

“The current surge of patients … it’s kind of a hidden disaster,” she said. “It’s not a fire. It’s not an earthquake. It’s not a train wreck that’s right in the public view…It’s all happening behind the doors of households and hospitals.”

In Santa Clara County, home to Silicon Valley, only 8% of ICU beds were available, which was better than many places. Hospitals are still “stretched to the limit,” said Dr. Ahmad Kamal, county director of healthcare preparedness.

The Los Angeles County Sheriff’s Department tweeted that it had mobilized a “Super-Spreader” Task Force to crack down on illegal, large New Year’s Eve gatherings. Officials didn’t immediately know Friday if there were any arrests or citations. Sheriff Alex Villanueva noted that on average one person in the county was dying of COVID-19 every 10 minutes. Anthrax: Many wild boars have died in Kerala (Representational) Thrissur: There is… 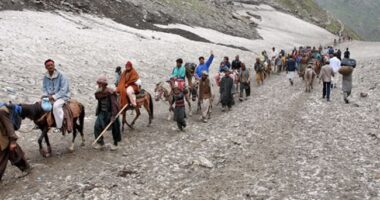 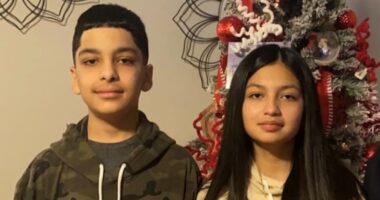 LONGMONT, Colo. — Longmont authorities are asking for the public’s help in locating missing…