The deputy chairman of the Joint Committee on Vaccination and Immunisation, Prof Anthony Harnden, has defended government plans to delay the second dose of the Pfizer/BioNTech Covid vaccine from three weeks to 12 weeks after the first jab.

When it was explained to them that the vaccine offers 90% protection for one dose, and the priority was to get as many people vaccinated in the elderly and vulnerable community as possible, they understood. I think the country is all in this together. And, I think we really, really want to pull together to try and do the best strategy possible.

Thai health authorities have recommended tougher restrictions on businesses and people’s movement in 28 provinces, including the capital, Bangkok, as the number of new Covid cases rises.

The measures include suspending some businesses and crowded activities, as well as advising people in affected provinces to work from home and avoid unnecessary travel.

They will need final approval from the prime minister, Prayuth Chan-ocha, before coming into effect.

Thailand, which managed to keep infection rates relatively low since the initial outbreak, on Saturday confirmed 216 new coronavirus cases and one new death.

Now, in a second wave, many cases are linked to a cluster among migrant workers in the Samut Sakhon province south of Bangkok, and another associated with illegal gambling dens in eastern Thailand.

Tokyo metropolitan officials are expected to ask the central government on Saturday to declare a state of emergency amid a resurgence of Covid cases, local media reported.

The Tokyo governor, Yuriko Koike, will make the request in a meeting with the economy minister, Yasutoshi Nishimura, who coordinates government measures to fight the pandemic, according to the Nikkei newspaper, citing multiple sources.

It is understood that Saitama prefecture, just north of Tokyo, will make a similar request of the government.

The Japanese capital raised its Covid-19 alert level to its highest measure on 17 December and has requested restaurants and other businesses to close by 10pm.

India has begun nationwide drills to start one of the world’s largest Covid vaccination programmes, as the drug regulator moved to approve the first vaccine.

A government panel on Friday recommended emergency use of the AstraZeneca/Oxford University shot and the first injections could be given in the coming week once the Drugs Control Authority of India gives final approval.

India, which has the world’s second-highest number of cases – more than 10.2 million – aims to inoculate 300 million of its 1.3 billion people by the middle of 2021.

Just under three million Americans were vaccinated by midnight on New Year’s Eve, far behind the federal government’s target of inoculating 20 million by the end of last year.

Despite big hopes of the vaccine being able to halt the spread of the virus and reduce deaths, the US distribution of the jab has been described as “chaos” and inept.

Ireland is bracing for 9,000 more Covid cases to be added to the official tally, as health officials warn hospitals will become overwhelmed following a surge in positive results.

On Thursday, the National Public Health Emergency Team estimated the number of positive tests still pending registration was 4,000, more than doubling to 9,000 the next day.

On Friday, Ireland officially reported a daily record 1,754 confirmed cases, surpassing 1,500 daily cases for the fourth day in a row.

We are now admitting between 50 to 70 people a day to our hospital system. Unfortunately, we expect this to get worse before it gets better. Our health system will not continue to cope with this level of impact.

Morning everyone, this is Yohannes Lowe. I’ll be running the live blog until the afternoon. Please feel free to drop me a message on Twitter if you have any story tips or coverage suggestions.

Vietnam has detected its first imported case of the new Covid-19 variant that is spreading rapidly around Britain, the health ministry said on Saturday.

The variant was identified in a 44-year-old woman returning to Vietnam from Britain, who was quarantined upon arrival and tested positive for the virus on 24 December.

“Researchers ran gene-sequencing on the patient’s sample and found the strain is a variant known as “VOC 202012/01”, the ministry said in a statement.

Vietnam, which has recorded 35 Covid linked deaths, is still operating repatriation flights to bring its citizens stuck in the UK home amid the pandemic. 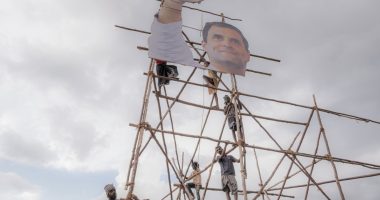 During the early hours of Dec. 24, a crowd huddled together on… 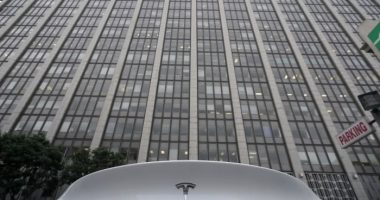 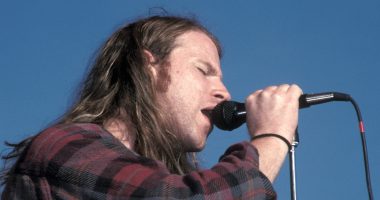 The record “Sweet Oblivion” featured “Nearly Lost You,” one of the Screaming… 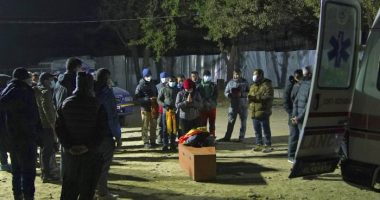