Demand for rapid antigen tests (RATs) is soaring alongside Covid-19 infections, sparking fears the at-home testing kits could soon come under the same pressure as toilet paper did earlier in the pandemic.

The public can now buy RATs from retailers, with pharmacies, supermarkets and big box outlets already selling RATs, or planning to have them on shelves in the next week.

New Covid-19 infections neared 20,000 today, and while free PCR and RAT testing is available to those with symptoms or who are household contacts – with the Ministry of Health’s central supply not available for public sale – many people are seeking self-testing options.

One pharmacist described the “desperation” from the public for RATs, which saw her five pharmacies sell around 6000 of the tests on Monday.

“Oh my God, it’s just crazy”, Clair Connor said of demand at her four Unichem pharmacies in Meadowlands, Hunter’s Plaza, Beachlands and Albany Megacentre, and one Life Pharmacy at Botany.

“On Sunday … Life Pharmacy Botany did $20,000 in [RAT] sales. But in the Albany store yesterday we did $28,000 in one day. When I got there, two people were having an argument about their place in the queue. [I had to tell them], ‘let’s just be orderly, there’s going to be stock for everyone in the queue’.”

Sale values could be divided by about 10 to gauge RAT sales, so altogether her pharmacies had sold about 6000 today, Connor said.

That kind of demand sparked a warning from Retail NZ, which represents two-thirds of Kiwi retailers.

“Let’s not make this the new toilet paper”.

“A friend told me it was an hour and a half wait to get a free RAT in Hamilton on the weekend.”

Connor still had plenty of RATs available, after sourcing her stock directly rather than going through a distributor, and more options for people to buy the test kits would soon be available.

“[I would say to people] there’s plenty of stock, so please try and be patient.”

Retailers spoken to by the Herald didn’t want to say how many tests they were bringing in, and Hines said they also hadn’t asked retailers.

Packs of the tests are already being sold in some pharmacies and online, including by Chemist Warehouse and The Market, which is part of The Warehouse Group.

Packets of five tests can be bought for $31.99 from The Market and $44.99 from Chemist Warehouse.

And major grocery retailers and others, such as The Warehouse, would soon have the tests on the shelves.

But people needed to remember there was already separate, Government provision for RAT testing of people who have Covid-19 symptoms or are household contacts, Hines said.

Retailers had been given a short deadline to get RATs into the country, with sales to the public only green-lit late last week, Hines said.

“We just have to understand that everyone has to quickly get airfreight things into the country for the first lot, and then there’ll be plenty of supply once all the shipping freight and things like that land.

“We’re working really hard to make sure those supplies come in quickly … and if there’s any issues we can talk to officials.”

“And we’re working as quickly as we can to have these tests available for customers in The Warehouse and Warehouse stationery stores nationwide by next week.”

They had several hundreds of thousands RATs on the way and expected them to be on the shelves next week, Foodstuffs North Island chief executive Chris Quin told Newstalk ZB on Monday.

Foodstuffs’ supermarkets are Pak’n Save, New World and Four Square.

“We made a commitment at the beginning to sell these at our cost.”

Countdown is also selling five-packs for $32.99, available at Countdown Pharmacies nationwide from this week.

They’ll be in more stores as they come through from suppliers, Countdown’s head pharmacist, Jeremy Armes said.

“We’d encourage customers to only buy what they need and to not stockpile these tests.

“We’re working closely with our supply partners to keep stock flowing into our pharmacies and we’re anticipating having more available over the coming days and weeks. “

Only Government-approved types of RATs – of which there are 11 – can be sold by retailers.

More than 30 types of RATs were approved for use in Australia, and she’d like to see an increase here, Hines said.

“Then we can make use of the supply that’s already coming down to Australia. It makes it a bit easier for supply lines.

“If we can try and be on the same orders it means we can making a better pricing mark.”

The Ministry of Health didn’t respond before deadline to a request for comment on whether there were plans, or investigations underway, into increasing the number of RAT types approved for use in New Zealand.

But she expected they would settle around that being offered by the two big supermarket chains – $32.99 for a five-pack. Hines said. 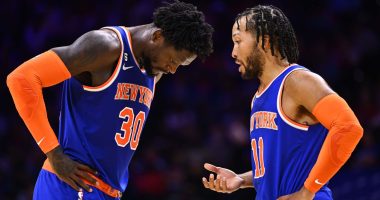 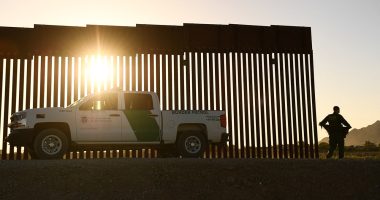 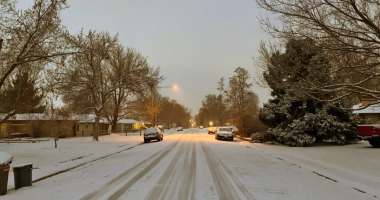