The Queen may have been notably absent, but the royal turnout for the Thanksgiving Service did not disappoint. Video / AP

Is it in a mahogany desk drawer? Shoved at the back of a 70s metal filing cabinet in an aide’s office? Squirrelled away on the Buckingham Palace intranet Z drive?

Somewhere in the royal household right now is one of the most contentious documents ever produced for the Queen – and a report which will now never see the light of day.

This week, The Sunday Times broke the news that whatever an outside law firm might have found during their investigation into allegations that Meghan, Duchess of Sussex had bullied staff will remain hidden from public view. The Duchess has always vehemently denied the claims.

But what might at first look like Team Windsor sensibly tamping down a spark which could reignite hostilities with the rebellious duo is in fact a more loaded and potentially explosive move.

Go back to March, 2021, and there was only one royal story the world was talking about: Prince Harry, Duke of Sussex and Meghan having detonated a bomb under the Palace via their interview with Oprah Winfrey.

Over two hours, they laid out highly damaging accusations of racism and a wholesale disregard for their mental health from an institution which had essentially thrown them to the media wolves.

However, less than a week before it aired (though it had been filmed), it had been Meghan who was in the line of fire after The Times published a bombshell story which alleged that Meghan had bullied royal staffers.

According to The Times’ Valentine Low, a bullying complaint had been made in October 2018 by their then-communications secretary Jason Knauf which alleged that the duchess had driven “two personal assistants out of the household and was undermining the confidence of a third staff member.”

Low wrote that “Staff would on occasion be reduced to tears; one aide, anticipating a confrontation with Meghan, told a colleague: “I can’t stop shaking.”

Elsewhere the report stated that “Another former employee told The Times they had been personally ‘humiliated’ by her and claimed that two members of staff had been bullied.

“Another aide claimed it felt ‘more like emotional cruelty and manipulation, which I guess could also be called bullying’.”

A spokesman for the Sussexes argued that the allegations were part of “a calculated smear campaign”, according to The Times, and that Meghan was “saddened by this latest attack on her character, particularly as someone who has been the target of bullying herself and is deeply committed to supporting those who have experienced pain and trauma”.

The day after the report came out, Buckingham Palace announced that they had launched an investigation into the claims. Later the same month it was revealed that the Palace had hired an outside law firm to take over the probe.

Then came Oprah and amid the global media melee that followed, those bullying allegations largely disappeared from view. That is largely how things have stayed in the intervening year. There have been a scant few stories about the investigation and only a scattering of information. This situation had pretty much gone cold.

That is until this week when The Sunday Times’ Roya Nikkhah revealed that the report “has been buried”.

“The findings from the highly sensitive inquiry, which was paid for privately by the Queen and conducted by an independent law firm, will never be published,” Nikkhah wrote.

While no details have emerged about what the unnamed law firm might have found or not found, the “investigation … has led to Buckingham Palace ‘improving the policies and procedures’ in its HR department, according to royal sources.”

However, though it had been thought the HR policy changes would be included in the next Sovereign Grant report, out this month, the Palace “no longer plans to make any public statement on the inquiry, or even publicly acknowledge the subsequent changes to its HR policies”.

One factor contributing to the Palace’s decision to tuck the report away, Nikkhah wrote, was “to limit tensions between the Sussexes and the palace”.

Outwardly this looks like the mature play on the part of the Queen here. Why stoke the flames and drag this particular business back into the spotlight? Better to tidy it away to preserve what is left of the frayed ties between London and Montecito.

But whether intentionally or not, in keeping shtum about whatever conclusions the lawyers have come to, Her Majesty has in fact done her granddaughter-in-law a disservice and damned Meghan.

The Duchess of Sussex has vehemently denied the claims since the beginning and it is easy to see how a forceful woman armed with nothing more than her up and at em zeal, her HRH and an AirBook could have put some toffee British noses out of joint.

It is easy to see how the qualities that had helped propel Meghan to somewhere in the upper reaches of the Hollywood food chain could rankle inside the rarefied walls of the Palace.

Still, reports about her alleged treatment of Palace staff have swirled for years now and been a regular leitmotiv in the Sussex narrative.

In November 2018, The Sun reported that “the Queen warned Prince Harry over Meghan Markle’s behaviour and attitude” and that “The message from the Queen was very much Meghan needed to think about how she speaks to staff members.”

The following month, The Mirror reported that the Duchess’ “personal assistant [had] quit after being reduced to tears by the royal’s demands.”

In 2021, Robert Lacey’s Battle of Brothers alleged that Prince William “was horrified” when he was “told about Meghan’s alleged behaviour” and that he “went ballistic when he heard the ‘dossier of distress’ that Knauf had gathered.”

Later that year, Meghan’s lawyer Jenny Aifa appeared on the BBC documentary The Princes and the Press and pushed back, saying that the bullying claims were not true and had “massive, massive inaccuracies”.

So, where does the truth lie here? We will never know.

However, what is clear is that the Palace’s decision this week means they have permanently barred Meghan from the chance to exonerate herself.

Instead, the shadows of these claims will now follow her in perpetuity.

You also have to ask yourself here, how did the news of Buckingham Palace suppressing this report find its way into the news? It is one thing for the royal powers-that-be to make the call that it should be kept concealed. It is another thing entirely for that decision to end up on the front page of The Sunday Times.

Has the Palace, in trying to manage this very delicate situation, made things worse?

In ‘burying’ the report and then the world finding out about this secretive move, the Palace has only added to the miasma of rumour and speculation swirling here. All of this only made more so given that this cloak of secrecy is, in part, reportedly driven by a desire to not inflame the Sussexes. Just what might it say that would supposedly rile them up so?

Has this all simply been bungled by royal aides or has someone inside The Firm been catching up on their Machiavelli reading list?

Whether you think we ended because of clumsiness or cold-hard calculation, the bottom line is that both the Palace and Meghan are now permanently trapped in this never-ending story.

• Daniela Elser is a royal expert and a writer with more than 15 years experience working with a number of Australia’s leading media titles. 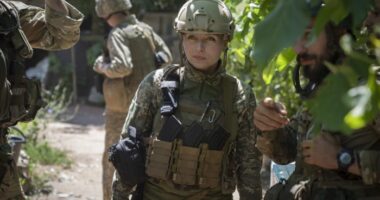 BAKHMUT – Torched forests and cities burned to the ground. Colleagues with… 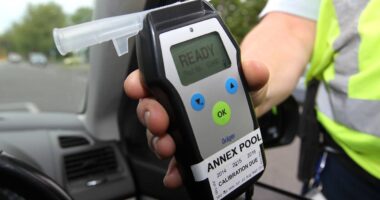 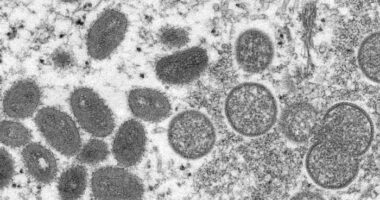 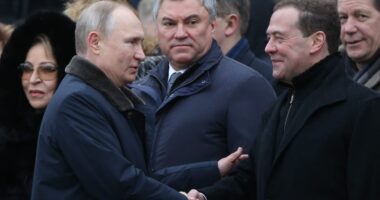 We assure you, there is a Clerks III trailer! Kevin Smith has…

Parents have asked Scalby School for a refund, saying that £35 was…
Share on Social Media
twitterfacebookpinterestlinkedintumblrredditwhatsapptelegram