Did anyone else’s whole body tense up when Kathleen Kennedy, president of Lucasfilm, told Variety that Star Wars “could go on forever”?

While we waited for the debut of Obi-Wan Kenobi in late May—not long after Kennedy said this now-infamous line—Disney announced a whole slew of new projects in one fell swoop: the game Star Wars Jedi: Survivor; animated anthology series Tales of the Jedi; and a February 2023 release for The Mandalorian Season 3.

This all came out alongside the first teaser for the series’ next spin-off of a spin-off, Andor. Meanwhile, we still await more details of another, Ahsoka, and an entirely new Star Wars series, Acolyte, from Russian Doll creator Leslye Headland. And there are even more besides that—not to mention those new movies from Taika Waititi and others that are still reportedly in the works. That’s a list of upcoming projects that certainly feels like it goes on forever.

I’m a Star Wars fan, but none of this news was good news to me. It wasn’t so long ago that a new Star Wars movie was a once-in-several-decades event. Think back to 1999, when we were queuing for weeks just to get tickets to The Phantom Menace. Now, there are multiple Star Wars movies, TV series, movie/TV spin-offs, and shorts; there is anything we could possibly want and more, all available instantly.

I’m ready to admit that the glut of not just Star Wars content, but all kinds of high-profile content—especially ones that belong to interconnected franchises—has finally become too much for me to keep up with. Frankly, I don’t know how anyone does. Worse, I don’t know why they’d even want to anymore.

When I sat down to watch the first episode of Obi-Wan Kenobi, I couldn’t have been less enthused. The show’s premiere wasn’t a special moment or the culmination of a long wait for me, as it was for many other fans. Rather, the weight of all the content that came before it made it feel like an obligation. Kenobi felt like it was just one more oversold Disney show ‌I had no choice but to watch, lest I get left behind and become disadvantaged in stories that reference it later.

Streaming services already fire out an unsustainable level of content, but Disney is pushing it to new levels of oversaturation. With that, comes an inevitable dip in quality. Hearing the stilted dialogue in Obi-Wan Kenobi and The Book of Boba Fett, or watching the staid storylines of Loki and WandaVision, I realize that the drop-off is not only evident but also ingrained. Diminishing returns are part of the fabric of every show Disney produces, being that each one is driven by what feels more like a set of staid brand guidelines than varied creative choices.

It wasn’t always like this for me, just as it wasn’t always like this for Star Wars. After the disappointment of the two J.J. Abrams Star Wars films, I was excited at the prospect of the series branching out into television. It felt like an opportunity to do something novel with the franchise, and The Mandalorian’s Western-in-space vibe really was the balm I needed when it premiered in 2019. The show wasn’t revolutionary, but it was at least different—the rare Star Wars story that was removed from the small world the series typically inhabits, mostly shirking its stable of recurring characters for new ones.

Subsequent seasons have fallen back into old habits, however. It was neat for The Empire Strikes Back’s Boba Fett to have a cameo in The Mandalorian, so Disney expanded that cameo into a series of his own. Rather than exploring new ideas and worlds, Disney decided to fill in gaps in the pasts of Obi-Wan Kenobi and Princess Leia. Ahsoka and Andor focus on less well-trodden characters, but they will still center their stars’ relationships to existing Star Wars characters and their place within established Star Wars history. As the franchise’s new steward, Disney appears intent on removing fan speculation by filling in every conceivable canonical gap. The result: a tremendous amount of content.

If we include the various animated series on Disney+, there have been six seasons of Star Wars television in the three years since the first season of The Mandalorian. (In that same timeframe, by the way, there have been seven Marvel TV series.) That’s a lot. Are you overwhelmed, reading that? Because I’m very overwhelmed.

Watching the Star Wars output, in particular, pile up, I wonder whether Disney is in the business of creating media or reactions. Why else would every series spend so much time mining every plothole, whether it’s the gaps in Princess Leia’s history in Obi-Wan Kenobi or how Boba Fett survived the Sarlacc Pit in The Book of Boba Fett? If the stories aren’t probing these what-ifs, they’re filling the landscape with obscure cameos in case there’s potential for a spin-off, like Clone Wars character Bo-Katan Kryze’s reappearance in The Mandalorian. These inevitably lead to moments that play well on social media, that fans and outlets can immediately pore over, frame-by-frame, for Easter eggs. Everywhere I look, there’s more, and it’s impossible not to engage with it. But by engaging, by reacting, we’re doing Disney’s marketing for them.

The sense that I’m watching moments designed to be cut out and shared on the Internet is one I’ve had for a while, but I finally confirmed this hunch last year. It was watching Spider-Man: No Way Home, one of the biggest successes in Disney’s other big, successful franchise, that cemented this notion for me. In the cinema, surrounded by buzzing fans, the nostalgia was made tangible and electric. But rewatching Tobey Maguire step through a portal and say, “Hi,” or seeing the brief pause after Matt Murdock’s cane appears on screen hits differently at home—they echo with a silence allotted for expected applause.

This experience was like reading a word for the first time and seeing it everywhere thereafter. Whether it’s the fake-outs before Obi-Wan finally turns on his lightsaber in Obi-Wan Kenobi’s third episode, or the way the camera hovers for a moment when Wilson Fisk shows up in Hawkeye on Disney+, I now immediately notice an intentionally placed moment of dead air, pregnant with cynicism. Worse, these shows make me feel cynical for not cheering like Disney me wants me to do

That’s all before you even get to Disney+ platform itself. The service bombards users with banners for Obi-Wan Kenobi, nudging us toward what Star Wars or Marvel show to watch next, constantly reminding us that these flagship shows are new. The app packages everything less like television and more like branded content, rendering every new release indistinct from one another.

I’m all for consistency. Indeed, having a single showrunner with a specific vision overseeing a show is important. But this stretches beyond a single series to multiple entries in a franchise. In building an overarching universe into which more entries can fit, every new bit of Star Wars content has all started to sound, look, and feel the same to me. That slightly washed-out aesthetic, the similar way all characters seem to speak, the same thudding music that permeates through every scene: Perhaps these repeated motifs wouldn’t be such a problem with room between series, but at the breakneck rate at which Disney releases them, they’ve melted into one uninteresting, suffocating content sludge. (All hail our new media overlord: content sludge.)

I feel like I need a holiday, but then, Disney has skin in that game, too.

By the time I begin to interrogate what I have seen and perhaps deem myself caught up on everything I feel committed to, there’s something new I have to watch to keep up-to-date with the franchises that I am expected to stay on top of: a new series, a new film, more trailers, more everything. Disney’s starting to feel like that boyfriend who asks where you’re going every time you leave the room.

By never letting up on new releases and never letting you forget that they’re waiting for you, Disney is weaponizing F.O.M.O. in a way that feels unfair. When so many of us already feel like we’re missing out (especially as the pandemic grinds devastatingly on), that social media is awash with reactions, clips, and advertisements is a little unjust. It ensures that anyone who takes a moment to rest is going to run into spoilers and be set apart from those who tuned in immediately. Take a moment to breathe, and you’re already behind, and the algorithms that govern what we watch won’t let you forget it. It’s relentless, and I don’t want it to slow down, I want it to stop.

Star Wars used to bring us together. Whether it was cramming in the cinema, gathering around the TV with our family, or in wider communities that eventually morphed into the fandoms we know today. Characters like Obi-Wan Kenobi weren’t just popular; they were the subject of great speculation and obsession, which were what entire communities hinged on. He felt like our character—that his narrative outside of Star Wars was ours to build.

When shows like Obi-Wan Kenobi take that away, a part of the community dies. Instead of bringing us together like good science-fiction ought to, the way Disney delivers its overwhelming slate of Star Wars content—of which Kenobi is only the latest entry—is driving us further apart. 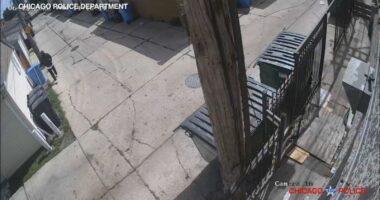 CHICAGO (WLS) — The Chicago Police Department is looking to identify a… 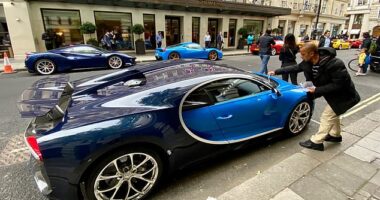 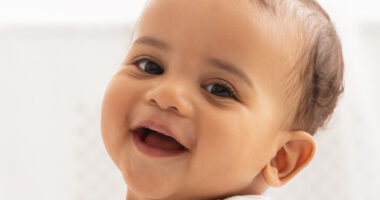 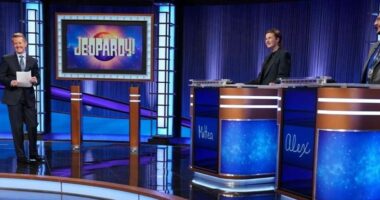 Host Ken Jennings is happy to show his support for the “Jeopardy!”…

Jayland Walker, shot more than 60 times by police in a bodycam…