The rapid expansion of energy firms in the UK has slammed into reverse. Last week both Extra Energy and Spark Energy ceased trading, affecting around 400,000 households with the small suppliers.

Seven energy minnows have collapsed so far this year and more than half a million households and business customers have been left in the lurch as a result.

Spark Energy had around 290,000 customers – the largest energy start-up yet to collapse – while Extra Energy had 108,000 domestic and 21,000 business customers. 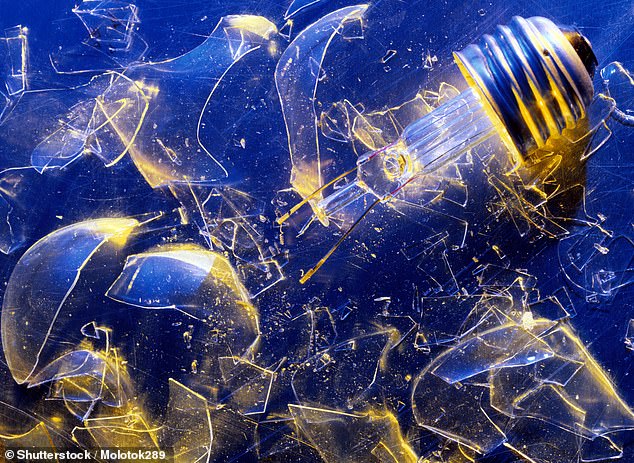 Another Energy firm cracks: A total of seven domestic and business energy suppliers have collapsed this year

The collapses followed an announcement last week that the energy regulator Ofgem had launched investigations into Spark Energy and another small supplier, Economy Energy, after failing to fulfill their renewables obligation scheme payments.

It also pulled up URE Energy and Eversmart with notice of a deadline in March 2019 to pay up.

In total 536,580 customers have now been left high and dry, at the mercy of whichever provider Ofgem places them.

So what should customers do? Read on to find out your rights.

Will my energy supply be cut off?

In short, no. Customers of small suppliers won’t be left without electricity as Ofgem has automatically begun the process of moving them to another supplier thanks to its ‘supplier of last resort’ scheme.

Scottish Power is poised to take on Birmingham-based Extra Energy’s customers with the switching process having started on Sunday 25 November.

Ovo Energy has confirmed it is going to buy Spark Energy, taking on its customers in the process.

Stephen Fitzpatrick, ceo and founder of OVO, said: ‘The energy sector is going through a major change and many companies, big and small, are struggling to adapt. We are are delighted to have been able to bring Spark into the OVO Energy Group, securing a good outcome for their customers and the team.

‘We will combine OVO’s innovative technology and focus on customer experience with Spark’s unique network of partnerships to bring greater products and services to more households around the UK.’

What about if you are in credit ?

If you are in credit, having paid for more energy than you have used, your cash is safe as it will be refunded to you by the new supplier.

This comes under Ofgem’s ‘supplier of last resort’ scheme.

Should I switch away now?

Ofgem’s advice to customers is to take a meter reading ready for when your new supplier appointed by the regulator contacts you.

It also advises customers to hold tight and not to switch to another supplier before then.

It warns that while you can switch with no penalties once you have been transferred to the appointed provider – either Scottish Power or potentially Ovo Energy –  if you move before then, you risk the switch halting or delaying the process.

Mary Starks, Ofgem’s executive director for consumers and markets, said: ‘Our message to energy customers with Spark is there is no need to worry, as under our safety net we will make sure your energy supplies are secure and your credit balance is protected.

‘Ofgem will now choose a new supplier and ensure you get the best deal possible.

‘Whilst we’re doing this our advice is to sit tight and don’t switch. You can rely on your energy supply as normal. We will update you when we have chosen a new supplier, who will then get in touch about your new tariff.’ 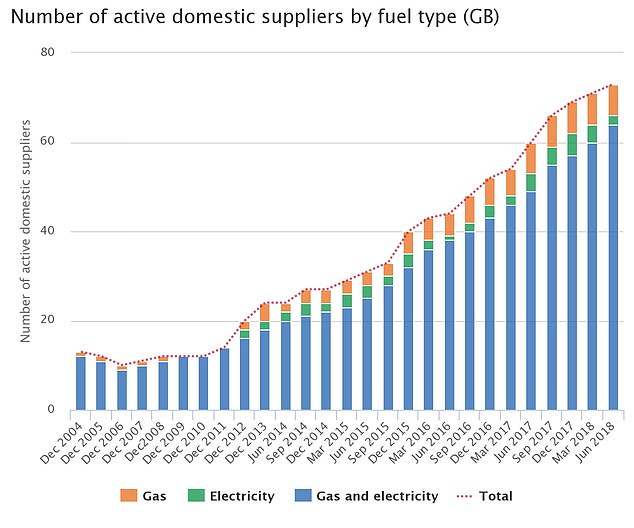 Will I pay more?

There is no hard and fast rule. In the past, customers of some energy companies that went belly up were guaranteed to pay the same as on their old deal. Others were put on a supplier’s cheapest offering while some found they paid more even on the cheapest offerings from their new energy company.

Mark Gutteridge, managing director of auto-switching site Flipper, says customers of the failed suppliers could end up paying more once they are moved.

‘Affected customers don’t need to worry about their supply as this will be maintained while Ofgem appoints a supplier of last resort to take on these customers’ accounts,’ he said.

‘However, when this supplier has been selected and customers’ accounts are moved over they will be put onto what’s known as the ‘deemed’ tariff – which will undoubtedly be more expensive than they were paying before.’

Deemed tariffs are typically a supplier’s standard variable rates, billed quarterly, and are around 25 per cent more expensive than the cheapest deals from the same supplier.

Gutteridge added: ‘When Iresa collapsed earlier this year, its 100,000 customers were transferred to Octopus Energy.

‘Those households had been paying as little as £834 a year on Iresa’s cheapest tariff, but saw their costs rise by up to £121 after the move, even though there were cheaper deals available elsewhere which were only £15 to £30 more expensive than their Iresa deal.’

However, Ofgem does specify that once they’ve been contacted, customers can ask to be put on their new supplier’s cheapest deal. Alternatively they can shop around for a better deal from a rival supplier and move without exit fees after the transfer is complete.

Back in 2004 only 13 energy suppliers existed; in June earlier this year the total number had reached 73 thanks to a relaxing of the rules on granting licences by Ofgem.

This was great news in terms of the extra choice for households and the knock-on effect on prices thanks to more competition.

But seven energy suppliers have gone bust in the past year: Future Energy, National Gas and Power, Iresa, Gen4U and Usio and now Extra energy and Spark Energy.

This has displaced more than half a million families and businesses combined.

While it is a scary prospect, the number of firms to collapse is still relatively low and you should never be left out of pocket or have your energy cut off even if your supplier is next.

It said last week that new energy firms will have to show they have adequate financial resources and can meet customer service obligations.

The regulator said tests should ensure small suppliers are robust while still encouraging competition and innovation in the market.

Applicants for new supply licences would have to demonstrate to Ofgem that they have the funds and resources to manage their business for at least 12 months after entering the market.

Can you ensure you pick a reliable supplier?

The first step if you are unsure is to check the energy regulator, Ofgem, to make sure a company has a licence to sell energy, and how long they have been up and running for.

While it’s difficult to predict with complete certainty there are a few steps you can take to pick a supplier that won’t go bust.

Consumer organisations such as Citizens Advice and Which? conduct regular customer surveys that are worth checking before you commit.

The Energy Ombudsman also puts out complaints figures four times a year which can tell you how a company is performing before you commit.

Keep an eye on This is Money and the web for news on energy suppliers to stay ahead of any current issues or problems in the past and you could also check Trustpilot for customer reviews. 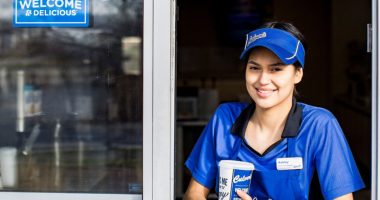 The restaurant chain Culver’s, famous for its ButterBurger, has more than 910 locations… 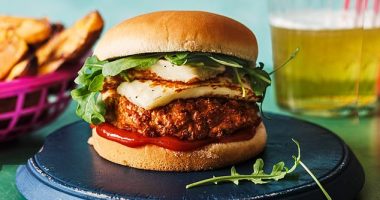 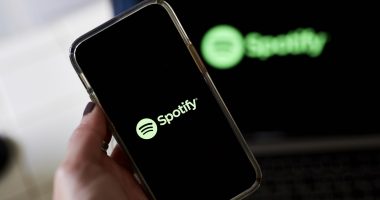 The Spotify logo on a smartphone arranged in Saint Thomas, U.S. Virgin…

The helicopter rides were between 2019-2021. (File) Islamabad, Pakistan: Former Prime…