Expert reveals what the colour of your car says about you

Drivers of grey cars like to avoid the limelight, while those in red motors are confident, cheeky and live life in the fast lane, according to a study by new car finance firm Carmoola.

Experts have revealed exactly what the colour of your car says about you – and it gives away far more than you think it does.

The detailed study examined the personality traits of drivers who own motors in the top ten most popular shades including white, black, silver grey and red, the most popular colours right now.

According to the report, commissioned by car finance app Carmoola, which encourages motorists to ‘suss out their budget first’ before splashing out on a second-hand car, 31 per cent of owners chose the vehicle they currently drive purely for its colour.

And while pink is having a sartorial moment amongst celebrities and politicians, it is the colour most likely to put a potential buyer off purchasing a new or second-hand motor, with almost a third (31 per cent) admitting they go as far as ‘despising’ the hue. 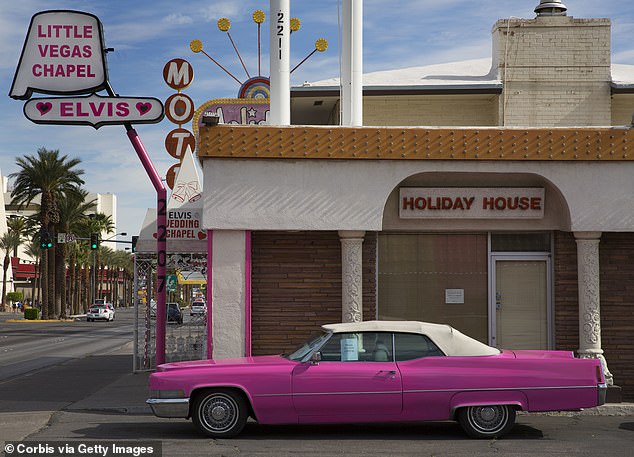 They created 14 personas for drivers who are out and about on the nation’s roads on a daily basis.

The most common type of car owner is one who can be found behind the wheel of a grey car.

Grey has been the most popular colour of new cars for four years running, with a quarter of all cars sold last year being grey.

Red: Chilli Pepper. Live life in the fast lane. Love the limelight. Life and soul of the party.

Loves being the centre of attention, taking all the limelight. They’re likely to be confident, always seeking the next adventure and they always live life in the fast lane.

They take risks, not always calculated ones. They’re very spontaneous and likely to be the liveliest friend, and the most bold outgoing one. Always the life and soul of the party.

The wavelength of the colour red advances to us the fastest so we see red before we see any other colour making it appear to go faster.

If there’s only one red car among all the other cars in a car park, we will always see the red car first. 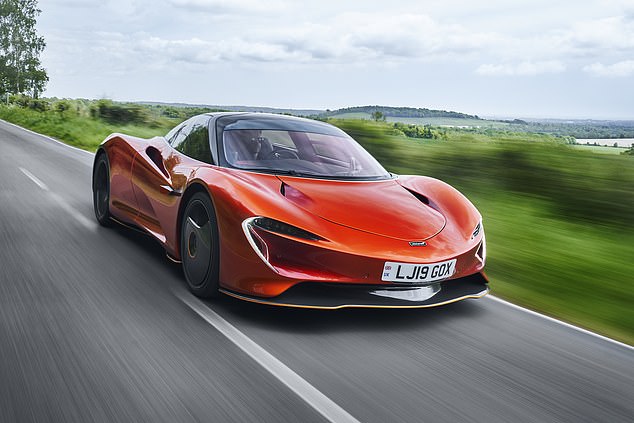 Drivers of red cars like to live life in the fast lane, love the limelight and are the life and soul of the party, according to the study

Grey: The Owl. Don’t like the spotlight. Measured and prefer not to be seen.

These are people who probably prefer to remain behind the scenes. They don’t particularly want to be seen and like to fly inconspicuously through life and not be noticed.

Never demanding attention, they are averse to being in the spotlight. Owners of grey cars are the total opposite of people who drive red cars.

Owners of grey cars could have a more conservative outlook. They are measured, think things through, don’t make rash decisions. Typically, they’re not spontaneous.

Black: The Bouncer. Like being in control. Sophisticated and you don’t question them.

Black attire is the ultimate colour of authority; it signifies being in control – like a bouncer in a black suit. People who drive black cars are perfectionists, and rarely compromise.

Black also suggests sophistication and glamour. It’s alluring and it has a mystery to it. Drivers who pick black cars like others to wonder who is inside.

Driving a black car gives off an elevated sense of grandeur and it’s also an aspirational colour.

People who buy silver cars, surprisingly, aren’t flashy. They are likely to have many attributes to those who own grey cars, they just prefer the prestige of silver.

They are serene and calm and prefer the finer things in life. They’re measured in everyday life and have a love of finer things that make life slightly more exciting than the norm. 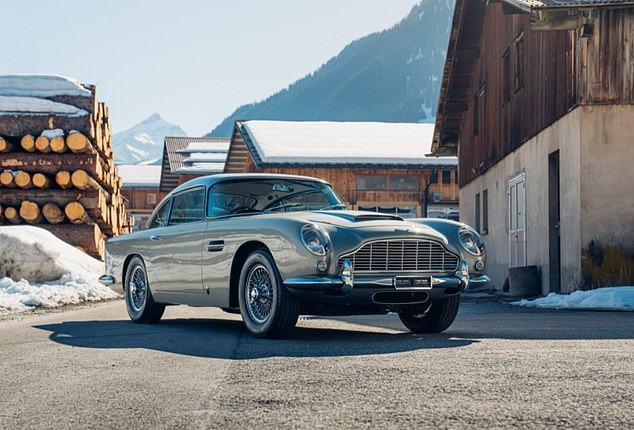 Yellow: The Canary. Full of sunshine and smiles.

These people are all about sunshine, happiness, and smiles. They love to share their happiness. and possess an upbeat, optimistic attitude.

They chirp their way through life enjoying every minute. They love being out and about spreading happiness through making people laugh and smile and could be described as endlessly cheerful.

Drivers of yellow cars are likely to be of a sunny disposition with a permanent ray of sunshine above their head…..even on a grey, cloudy day.

Gold: The Griffin. Confident and likes to show off their prized possessions.

It takes quite a bit of confidence to drive around in a gold car and this person really doesn’t mind being noticed and likes to radiate success.

Gold has long been a status symbol. So, by having a gold car or getting your car sprayed gold, you can give off that persona (or illusion) of wealth.

You might find a gold car being driven by someone who is wealthy, but generally if someone owns a gold car,, the reason for their colour choice could be more about confidence than their financial situation.

White: The Polar Bear. Pure. Unblemished. Looking for calm in their lives.

White is about purity with an unblemished and clean appearance..

White doesn’t ask anything of us emotionally so for those who seek clarity in their life and have a need for things to be ordered and uncluttered, they will probably buy a white car.

People who buy white cars prefer to be detached from the noise and chaos of the outside world..

Effectively, they’re looking for calmness or simplicity, very similar to people who opt for white minimalist homes who seek calm and order in their lives.

This is a soothing light colour and people who pick this colour car are mentally calm and positive in their outlook. They tend to be approachable and love to start a conversation.

They are the ‘blue-sky’ thinkers. They could be described as easy going, but they do seek to be mentally soothed. They tend to surround themselves in softer shades and enjoy being cocooned in a colour that instils calm. 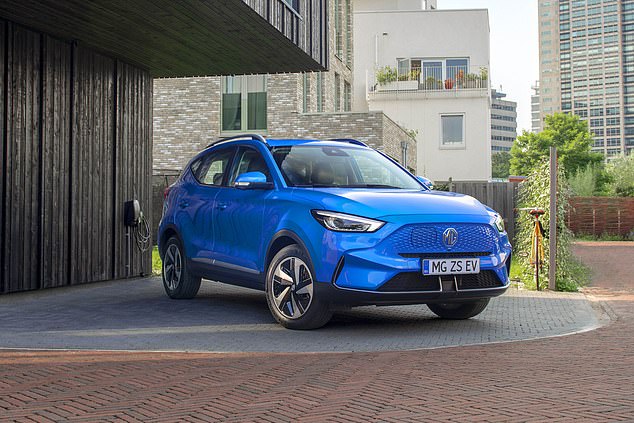 Dark blue represents knowledge and authority. People who choose dark blue cars like to share this knowledge with others.

A dark blue car can mean the owner is likely to be logical and rational. Dark blue helps you to focus and concentrate, so people who drive blue cars are likely to be able to do this in abundance. It’s a colour synonymous with trust

It’s similar to the reason why people wear dark blue to job interviews or to work, they want to appear trustworthy, and come across as knowledgeable and honest.

Orange: The Pumpkin. Full of fun and joy. Playful.

Orange is all about joy, fun and playfulness. These car owners are likely to be really outgoing and have a fun personality.

They are extremely sociable. Life for them is about getting out and about, doing exciting things and sharing all the fun with those around them. 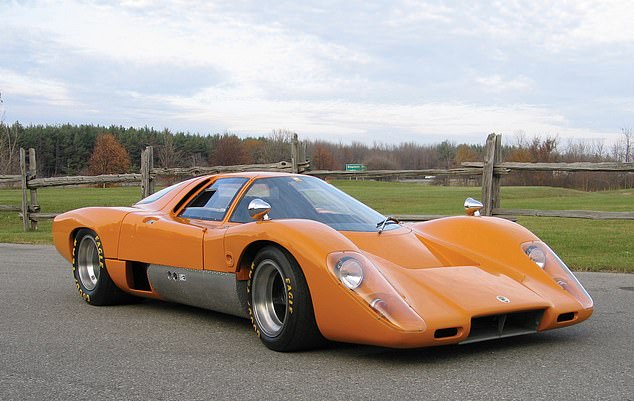 Owners of orange cars like the McLaren are full of fun, joy and playful, according to the study

British Racing Green carried a lot of gravitas in days gone by and owners of green cars are aware of this. They are likely to be older motorists who are more mature, worldly and wise. They are also likely to be retired and enjoying their new life and freedom.

This is a stately colour and has a sense of grandeur and tradition.

As dark green cars are associated with a bygone era, the driver will have a nostalgic side to their personality. They love reminiscing about the past.

Lime green: The Kiwi. Young at heart. Love a challenge.

Someone who picks a lime green car will be younger, maybe it’s their first car as a teenager.

If they are older, they tend to be someone who is young at heart with a zest for life.

They can be full of energy and are all about new beginnings and chapters.

This colour could tell other motorists that there’s a stable, reliable, and dependable person at the wheel.

They are well-grounded and will always turn-up when they say they will. If you break down on the road, don’t be surprised if they will be the first to come to your rescue.

They are calm, unassuming and want to just blend in and get on with life.

People who drive soft pink cars could be described as driving around in a permanent hug. They are sweet, compassionate, caring, very nurturing and are always putting others first.

If you turn up at the home of someone who drives a pink car, they will always offer you a warm reception, even a cup of tea and a piece of cake.

They are the kind of people to check up on you and will always be the shoulder to cry on if you need it. For those of us with pink car owners in our lives, we must remember they too need a hug and not just from their car. 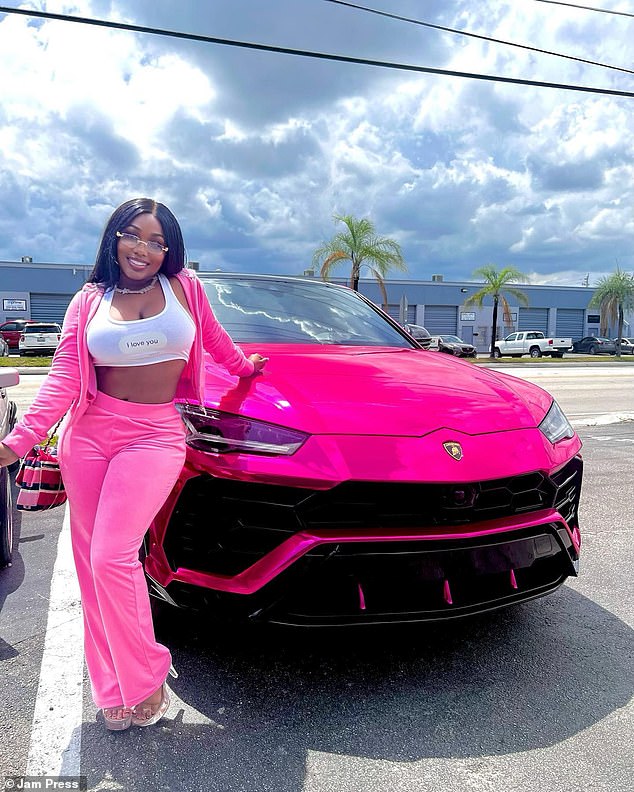 A woman with her pink Lamborghini. The study calls her The Candyfloss – sweet and caring

Karen Haller added: ‘We have an emotional response and react to colour every waking moment. Colour can change how we think, feel and behave in an instant!

The colours we choose to surround ourselves can help support how we feel, how we want to feel or how we want others to perceive us.’

Aidan Rushby, CEO of car financing app Carmoola, said: ‘Buying a new car is one of life’s greatest pleasures and the colour of the vehicle is clearly going to play a part in that.

‘Manufacturers are constantly making subtle changes to the colours of their vehicles although the core colours remain the same because they sell so well.

‘But there is a deeper meaning to our choice and many elements come into play. Our data shows that 31 percent of people chose a car just because of its colour.

‘But in an ideal world, other considerations should come first, such as the price or monthly payments. And that’s why Carmoola exists.’ 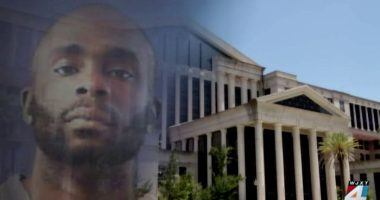 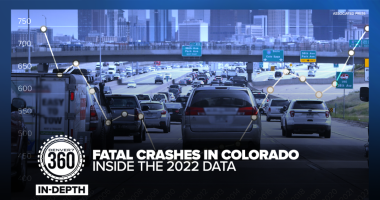 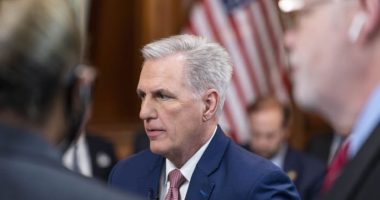 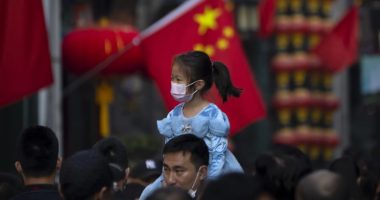 BEIJING – China has announced its first population decline in decades as…