Ferry operator Fullers says it has racked up losses of $67,000 on the Waiheke route during the pandemic. Photo / File

Fullers plan to increase the cost of its fares to Waiheke, Rangitoto Island and Coromandel fares by an average 8.4 per cent from July 1 has been labelled “extreme” by Auckland councillor Chris Darby.

But the ferry operator says it racked up losses of $67,000 on the Waiheke route during the pandemic as it maintained hourly services during lockdowns, in a nod to essential workers, and that its operating costs have increased by just under 15 per cent over the past year.

The price of a single adult return ticket on the popular commuter and tourist run will increase 9.5 per cent from $42 to $46.

“This is a massive increase that will seriously hurt Waiheke’s regular commuters. $403 for an adult monthly is a punishing fare,” Darby told the Herald.

“HOP users are penalised even more harshly with an almost 10 per cent increase. That’s telling rejection of fitting in with AT’s integrated fares,” Darby added.

A spokeswoman for Fullers told the Herald that factors behind the price increase include “record-high fuel prices”, which it says have increased 50 per cent over the past two years; annual inflation running at 6.9 per cent; a 14.4 per cent rise in transportation costs; and marine diesel fuel not being included in recent Government fuel tax relief measures.

“Fullers360 provided an hourly return service for the Waiheke community, operating in the recognition of our role as an essential services provider. Over this period, our business operated at a significant loss of $67,000 per day due to reduced services and patronage,” she said.

“Unlike the 2020 lockdown where we received Government reimbursement for cost recovery to deliver a regular timetable, we did not receive funding through the Essential Transport Connectivity scheme in 2021. This has had a material impact on our business and combined with increased operating costs, means we no longer have the ability to withhold fare increases to customers.”

“We all know that the cost of diesel and labour has gone through the roof,” the councillor said.

“But when we reviewed prices [on AT-regulated routes] in February, we decided to hold prices because we were looking at the bigger picture. We know people’s budgets are under pressure, and we want to get commuters back after Covid.”

It was not clear when Fullers – which could not be immediately reached for comment – had posted the update. But one ferry user told the Herald that word had only spread among Waiheke locals this morning – and had become a hot discussion topic as they enjoyed their first Matariki holiday.

“It’s time to bring them [Fullers] into the public transport regulatory system,” the ferry user said.

At the moment, Fullers does not come under Auckland Transport’s oversight, under a deal struck with former transport minister Steven Joyce in 2011.

Three years ago, Darby launched a petition – which gained 5565 signatures – calling on the Government to “Bring Fullers into line” by bringing all of its routes under the Land Transport Management Act (2003) and putting fares and operation under the oversight of Auckland Council-controlled AT under the Public Transport Operating Model (PTOM).

The key Waiheke route’s exemption from PTOM – and the subsidies that come with it – means commuters to the island missed out on the February fare freeze, and the half-price fares that other public transport users are enjoying between April and September.

“The short notice and severity of these increases only confirms the need to pull the Waiheke ferry service out of the contract-exempt status Fullers has enjoyed for over a decade. There’s no chance of getting real transparency over their revues and expenses until that occurs,” Darby said this morning.

The councillor acknowledged that the pandemic over the past two years likely turned the route into a money-loser. But he said the larger picture was that, “The Waiheke run has long been the most profitable ferry route in Auckland and Fullers has banked well off it. Just as Auckland Transport is absorbing costs to entice commuters back to taking the bus, train and ferry, so too should Fullers. Their handy pre-Covid profits from the Waiheke run might need to be repatriated from the Glasgow owner.”

The Government, in turn, asked AT to open negotiations with Fullers – which the Herald understands were due to wrap last December, but are now in multi-month overtime.

A complicating factor has been a transition to electric ferries, which was delayed by at least 12 months due to Covid, but construction is now under way, with a Fullers-funded hybrid electric-diesel ferry due on the water next year and two Government-funded fully-electric ferries now under construction as a precursor to the full electrification of the 30 or so ferries that service Auckland.

However, key elements of the new strategy have yet to be decided, including which entity holds the operating contract for the new electric ferries.

‘It could be Fullers, it could be AT. Neither is a given,” Energy Minister Megan Woods told the Herald on April 26.

The Fullers spokeswoman confirmed negotiations with AT were in progress. The company could not comment until after the talks had concluded. 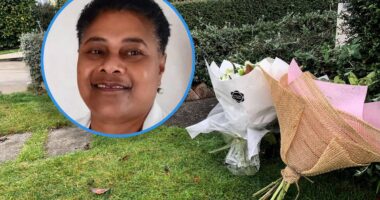 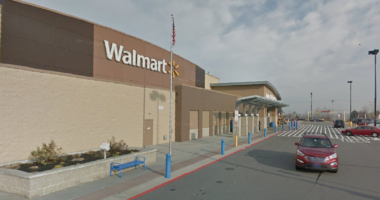 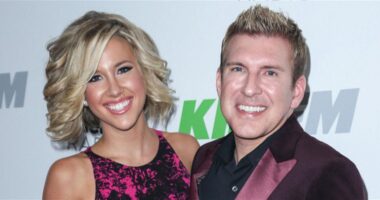 Madeleine Eiss was a tennis player who died at 18. The beginner…

Fri, 01 July 2022 at 8:04 pm Continue Here » One of…
Share on Social Media
twitterfacebookpinterestlinkedintumblrredditwhatsapptelegram