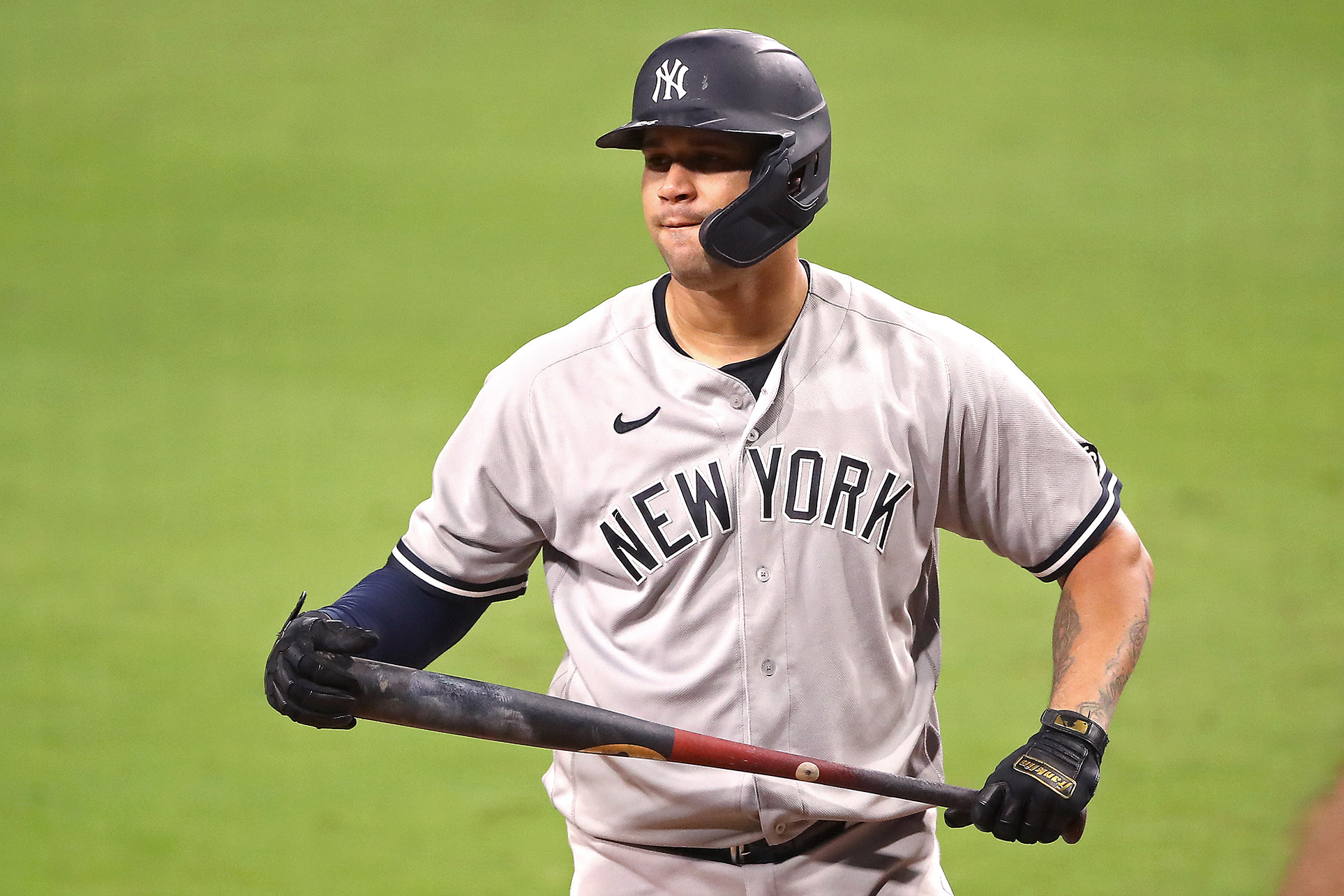 Who needs Dick Clark or Guy Lombardo when Gary Sanchez’s year-ending rendition of “Uncoachable You” — a great song, accordion to music critics — brings us into 2021 on a toe-tapping high note.

Sanchez, the worst two-way catcher since Bug Bunny’s Tea Totallers met the Gas House Gorillas, just couldn’t figure out why the Yankees mostly benched him during the playoffs, and why no one explained it to him, as if batting .147, striking out 64 times in 49 games and leading the league in passed balls for the third time in the last four years didn’t speak for itself.

Oh, and he often can’t be bothered to run on offense or defense.

But give Sanchez credit for gall. After his past season, sensible folks would’ve never brought it up or quickly changed the subject.

Ah, yes, what a year, filled with the weird, worrisome and widely unwelcomed. Or as reader Jack Baroody wondered, “The Nets played three games and Kyrie Irving and Kevin Durant already needed a day off?” Couldn’t play 10 minutes each?

Hey, at a combined $73 million this year they’re entitled. Good thing the Nets and their opponents don’t yet have to try to sell bait-and-switch tickets to “rest games.” Post-COVID that’ll be headed commissioner Adam Silver’s way.

Not too many years ago, as the NFL and MLB proved that it would sell its souls at auction for TV money, I satirically predicted the time would come when both leagues would prevent games from appearing on maximum access TV — if the money were right.

Well, here we are. MLB now sells at least half-a-dozen games exclusively to Facebook streaming, and NFL does similar with Amazon. Saturday’s playoff-significant game between the Niners and Cardinals — during a holiday break on a Saturday afternoon, no less — was not available on TV as the NFL sold the telecast to Amazon streaming. And bad reception was reported in some regions.

But what changes ever benefit a fan, at least those who don’t bet on games?

And just when you think our sports can’t grow any greedier, especially with the country in such great financial peril that no league can even take another five fans for granted, NFL commissioner Roger Goodell throws down a double-dare.

Imagine that chat among Goodell, team owners and the Amazonians. Goodell: “So let me get this straight. On a holiday Saturday afternoon you want me to take this Amazon money to prevent our fans from seeing a game of postseason importance.”

“Yes, Mr. Commissioner. And for this much money.”

And, of course, if Goodell expected no blowback, just almost total news media compliance, he was right.

Speaking of media, reader Mark Elder wants all the football experts who bashed those teams for allowing sure-thing Ohio State quarterback Dwayne Haskins fall to No. 15 in the 2019 draft providing Washington the misfortune to draft him, to stand and be recognized.

Haskins, another socially dubious young fool who was recruited by and trained under OSU coach Urban Meyer, the latter quickly signed by Fox when OSU could no longer cover for him.

New Mets’ coach Tony Tarasco grew up in California as a member of the Santa Monica Graveyard Crips. The Mets mostly wear blue, as do the Crips.

In addition to being yet another analyst who needs to, well, frankly, shut up, Fox’s Brock Huard, during Sunday’s Giants-Ravens, declared NY defensive end Leonard Williams “Was snubbed. He should have been a pro bowler.” Strong stuff! But an easy, old one. Huard didn’t name the guy who didn’t deserve to be selected ahead of Williams.

Good to see the Vikings perform obligatory end zone boogies en route to a 52-33 loss to the Saints on Friday.

The Knicks, team colors orange, blue and white to proudly reflect New York’s before Nike bought the rights to do as it pleases to sports, wore all black in their home loss to Philly, Saturday. The Nets? Do they even have team colors? They wear a new urban monstrosity — white, gray, black, some orange and blue tossed in — almost every game. But ’em all!

Nothing more laughable than COVID-canned cheering. Saturday on the NFL Network, a false start, 5-yard penalty against the Bucs brought raucous approval from the Lion’s home crowd — an odd response with the Lions down, 47-7.

You could almost smell the academic fraud stink surrounding this Army football team all season long, just by watching them play with a self-important swagger that betrayed the conduct of past West Point players.

In Washington, DC, the William Hill sports gambling giant has launched a Bet-Mobile, similar to a Good Humor truck or a rolling library truck, that will book bets near the Capital One Arena. Should make a great truck-jacking target.

See also  Why Biden, Who Loves Deals, Is Not Offering One to McCarthy

First LSU exploited a losing, COVID-infected season to declare it will punish itself to delouse itself for violations by not accepting bowl bids this season, even a big-dough bowl bid was already eliminated from consideration. Now Arizona men’s basketball is pulling a similar no-postseason transparency. What a bunch of see-through phonies.

Reader Richard T. Monahan asks why, with a chance to beat Memphis at the end of regulation with a two-point shot, why the Nets chose to shoot a low percentage 3-pointer, eventually to lose the game in OT? ESPN doesn’t show two-pointers as highlights unless they’re slams.

Saturday, with 20 seconds left in their game against Vegas, ESPN reported the Dolphins had a 99.9 percent chance to lose. Twenty seconds later that became a 100 percent chance to win. But such numbers reflect the misapplied intellects of the networks. The joke is on the teller.

On-the-record anti-Semite DeSean Jackson returned to the Eagles from a two month injury, Saturday, but that didn’t prevent him from somersaulting into the end zone — even if the fool had been injured and had lost his first NFL TD to a premature spike. By the way, still not a public word of condemnation from selectively moved Goodell for Jackson’s hateful bigotry.

The 5-10 Giants are still alive for the playoffs? Still eligible to win the Super Bowl? Sad but unsurprising. Follow the TV money.

Reader Lee Livingston: “If a star player tanks to lose a game, he’s investigated, condemned and could land in prison. If he tanks for an improved draft pick the fans love him.” 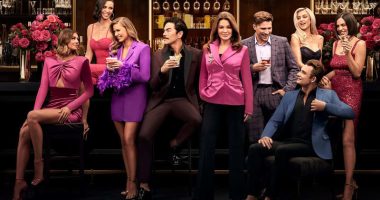 If you watched the Vanderpump Rules Season 10 trailer, you can tell… 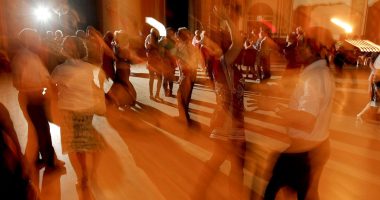 When George R. Uba heard the news about the devastating mass shooting… 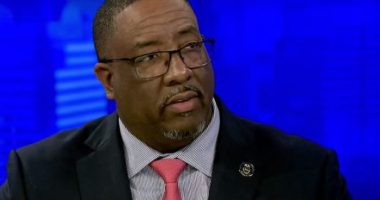 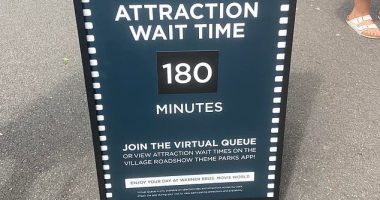