“ZiGi” may no longer be an official couple, but they will always be connected through their daughter.

While it’s unclear if he spent the day with his daughter, which he shares with ex-girlfriend Gigi Hadid, it’s clear his former partner was thinking of him.

Gigi shared a heartfelt Father’s Day tribute to her own father, Mohamed Hadid, on her Instagram Story.

“Happy Father’s Day to my sweet baba. I love you!” she wrote alongside a black-and-white photo of her dad kissing her cheek.

On the next slide of her story was a photo of tattooed arms holding out a puff paint marker to a child’s hand.

The supermodel strategically kept both Zayn and Khai’s face out of frame as to not spoil their identities; however, it’s clear from the plethora of tattoos who the man was in the photo.

Neither Zayn nor Gigi have shown their daughter’s face on social media since her birth in September 2020.

Last year, the couple, once known as “ZiGi” by adoring fans, broke up following a physical altercation between the former One Direction singer and Yolanda Hadid.

The Blast previously reported on the physical assault drama.

The singer reportedly “struck” the ex ‘Real Housewives’ star during an argument at Zayn and Gigi’s Pennsylvania home.

The incident reportedly happened on September 29 after Yolanda came into the couple’s home unannounced while Gigi was away for work, and the singer was taking care of Khai.

Zayn has been charged with four counts of harassment for allegedly grabbing Yolanda and shoving her into a dresser, according to court documents.

He also reportedly called her a “Dutch slut” among many other insults.

Zayn was given two harassment charges involving Yolanda, one charge for harassing Gigi over the phone and another charge involving a security guard, John McMahon, whom he attempted to “physically engage in a fight,” per court documents.

Zayn plead no contest to all of the charges, but he will have to serve 90 days probation for each count.

The day the news broke of their altercation, Zayn took to Twitter to share his side of the story.

Zayn Shared His Side Of The Story

“His note began, “As you all know I am a private person and I very much want to create a safe and private space for my daughter to grow up in.”

“A place where private family matters aren’t thrown on the world stage for all to poke and pick apart,” his note continued. “In an effort to protect that space for her I agreed to not contest claims arising from an argument I had with a family member of my partner’s who entered our home while my partner was away several weeks ago. This was and still should be a private matter but it seems for now there is divisiveness and despite my efforts to restore us to a peaceful family environment that will allow for me to co-parent my daughter in a manner in which she deserves, this has been “leaked” to the press.” I am hopeful though for healing for all involved with the harsh words shared and more importantly I remain vigilant to protect Khai and give her the privacy she deserves.”

Following his Twitter note, he contacted TMZ directly with a statement.

Malik told the outlet, “I adamantly deny striking Yolanda Hadid, and for the sake of my daughter, I decline to give any further details, and I hope that Yolanda will reconsider her false allegations and move towards healing these family issues in private.” 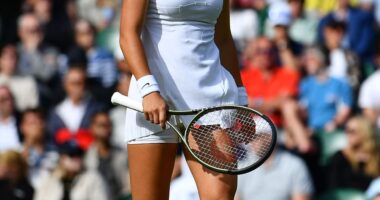 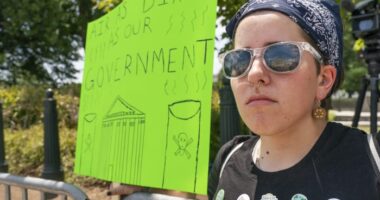