The son of Joanne Ingham, who along with her sister Sarah captivated the nation after jumping overboard from a Malaysian container ship, learned about his mother’s unexplained motel death on the news.

Shayden Ingham, 21, has spoken to the Herald about his mother’s battle with alcohol addiction and her attempts to get clean.

Now living in Nelson along with his 19-year-old brother Jamie, Shayden said he last spoke to his mother over Facebook and only learned of her June 7 death after reading it on the news.

Joanne Ingham was found dead in the Harbour City Motor Inn on Webb St after police were called about 2.40am. Police say the death is “unexplained”.

She had been living in emergency accommodation for some time and struggling with addiction, Shayden said.

He believed her life was derailed by the wave of publicity she and Sarah generated after stowing away on the container ship in 1997 then jumping overboard and swimming through shark and crocodile-infested waters to the Queensland coast.

The pair spent two weeks in the wilderness, surviving on shellfish, and eventually moved to Malaysia, where they married and had children, before returning to New Zealand.

Shayden said his mother had her demons but did not choose a life of homelessness and addiction, and was just like any other person.

She had also struggled to come to terms with losing her children. Shayden said they had lived apart from their mother since 2008.

“That was very hard on her.”

Shayden last saw his mother alive a year ago when he visited her in Wellington, when he spent time looking after her as she had little money, providing cigarettes and food.

He said the family gave his mum an intimate send-off at last week’s funeral service at a Lyall Bay church.

“It was overwhelming but still very beautiful at the same time.

“I think she’d be very happy about it.”

Asked how he would remember Joanne, he said: “Just as my mum and that look in her eyes.”

Shayden said he was still in the dark about how his mother died but was confident the police investigation would provide answers.

“All I know is she was last with her partner and I’m sure the police are good enough at their jobs to work out what happened.”

He said his mother had tried to get clean and managed to overcome her addiction temporarily for several years, before falling back into bad habits.

“She started to get her life together but then some people would just creep back into her life.

“You know how hard it is when you come out of addiction to be tempted with the same thing again. You probably tell yourself, ‘I’ll just have one drink’ and before you know if you’re two years down, buying Scrumpies with your Winz money.”

Though Shayden had not seen his mother for a year, her sister Sarah would provide regular updates.

She was hurting with the loss of her twin sister.

“They were always close so it’s really sad for her. She’s grieving. It’s still all pretty much brand new.”

The publicity around his mother’s life had been difficult to deal with and was still occurring after her death.

“I didn’t think anyone would care because it was so long ago what she did when she was famous, but they still bring it up.”

Shayden’s younger brother was unable to attend the funeral as he was isolating with Covid and forced to watch the ceremony over Zoom.

Joanne had been cremated and the family were yet to decide what to do with her ashes.

Though still grieving, Shayden and his young brother had now been saddled with their mother’s funeral expenses.

A Givealittle page has been created to raise funds towards those costs.

A Coronial Services spokeswoman said the matter is still an active case and there was no further update. Officials have imposed a bee lockdown (File) Melbourne: Australia is racing to… 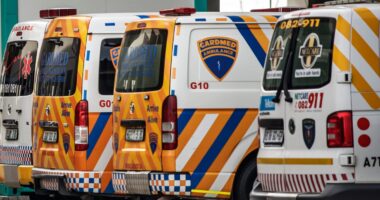 At least 22 young adults, many between the ages of 18 and… 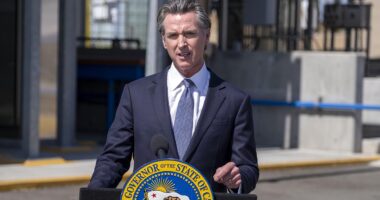 NEWYou can now listen to Fox News articles! Despite pledging to make… 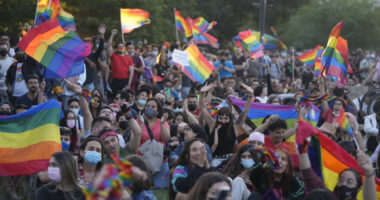 JACKSONVILLE, Fla. – The right to same-sex marriage and same-sex intimacy could…