When stories linking James Rodriguez with an unlikely move to Everton first started swirling about a year ago, they appeared to be nothing more than hearsay.

After all, Carlo Ancelotti, the man who signed the Colombian for both Real Madrid and Bayern Munich, had just been appointed as the club’s new manager. And it was only weeks before the January transfer window.

It was an easy connection to make. Of course Ancelotti, having arrived at a club with grand ambitions but struggling at the wrong end of the table, would look to improve the quality of his new side with a player he knows better than most.

Fast-forward a year and while Rodriguez may not have made the move last winter, he is now almost four months into an Everton career which has the potential to spark seismic changes at Goodison Park. 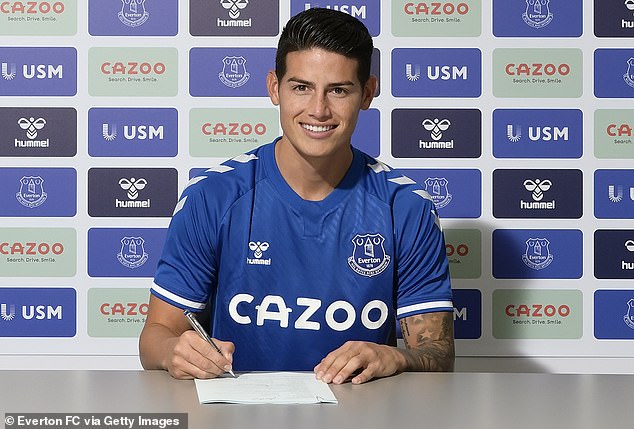 The switch – from sunny Madrid to lockdown in Liverpool – still came as a shock to those outside Everton’s inner sanctum despite months of rumours, with fans – some of a royal blue persuasion – and pundits alike surprised by the club’s pulling power.

Rodriguez, don’t forget, is one of the game’s genuine superstars. After finishing as top scorer at the 2014 World Cup, he moved to Real Madrid for £63million, becoming the fourth most expensive player on the planet at the time.

It was clear that a fresh start was needed. But why Everton? And how would he settle in a new country, with a very different climate, in the middle of a global pandemic? 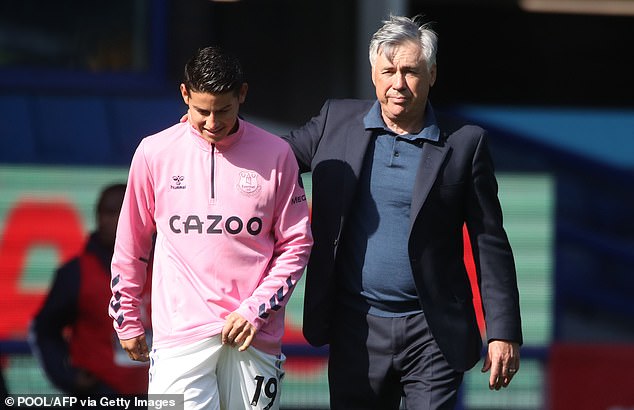 As elements of the Spanish press correctly reported 12 months ago, Rodriguez’s move to Everton was driven by Ancelotti from the very start.

The pair enjoy a relationship which has been described as being almost father-son like. It was built during their one and only year together at the Bernabeu in 2014-15, but is now stronger than ever.

Ancelotti’s warm nature, knack for man-management and attacking philosophy helped Rodriguez settle in quickly and find his feet. He enjoyed his best season at Real under the Italian, scoring an impressive 17 goals in 46 games.

It was that bond – strengthened by Ancelotti’s determination to sign him on loan for Bayern Munich in 2017 – that meant Rodriguez was immediately open to the idea of a move to Merseyside when the call came from his old boss last summer.

‘When you start the process of trying to recruit this kind of player it can feel like an impossible mission,’ Everton’s director of football, Marcel Brands, said of Rodriguez earlier this month. 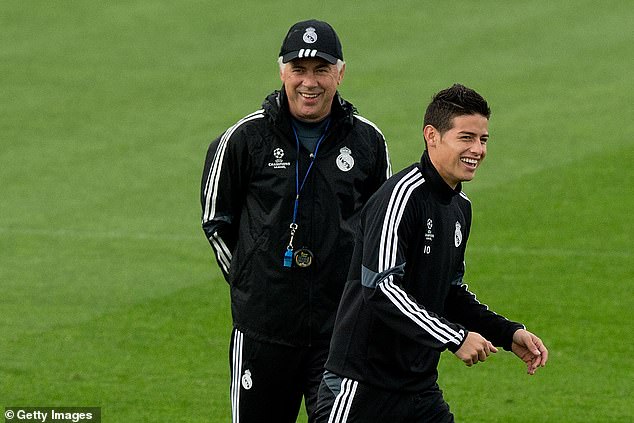 ‘But with Carlo as our manager – and the support and backing of our owner – we were able to make significant progress and, very quickly, it was apparent James was excited about the prospect of coming to Everton.’

Everton’s Mission Impossible was made significantly easier by Rodriguez’s desire to work under Ancelotti again, while he is also said to have taken a hefty pay-cut to ensure the move would go through.

One of his former clubs, Argentine side Banfield, even claimed that they didn’t receive a sell-on percentage from Real because Everton didn’t pay a transfer fee.

Everton have remained tight-lipped on the financial elements of arguably the most eye-catching Premier League deal of last summer, but they undoubtedly landed one of the bargains of the window.

After flying into Liverpool’s John Lennon Airport on owner Farhard Moshiri’s private jet in early September, Rodriguez holed up in the Titanic Hotel – Everton’s accommodation of choice for new signings – by the city’s docks. 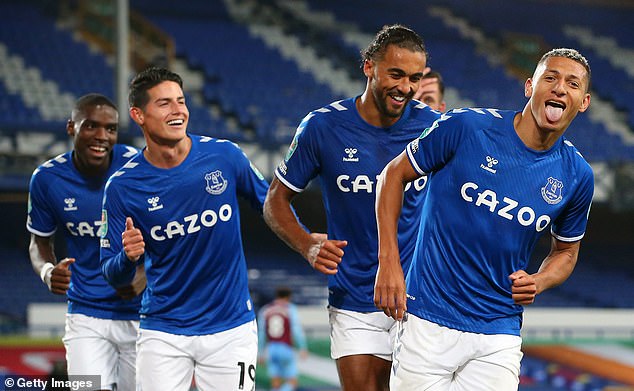 He emerged to complete his medical, fulfil his pre-signing media duties and to eat out in the city centre, including a dinner with Ancelotti and fellow new signings Allan and Abdoulaye Doucoure before any of the trio had been officially unveiled.

Almost four months on, having signed an initial two-year contract with the option of an extra season, Sportsmail has been told that Rodriguez is now settled in his own home in the north-west after deciding that hotel living was not for him.

The 29-year-old shares a daughter called Salome, aged seven, with his ex-wife Daniela Ospina, the sister of Napoli and Colombia goalkeeper David, with whom he split from back in 2017.

It is believed Salome lives with her mother in Madrid but has visited Rodriguez in England, although Covid travel restrictions have complicated their arrangement.

The former Monaco and Porto star also has a one-year-old son, Samuel, who lives with him full-time. Reports in Colombia have suggested that Rodriguez used a surrogate, in the same way his former Madrid team-mate Cristiano Ronaldo did. 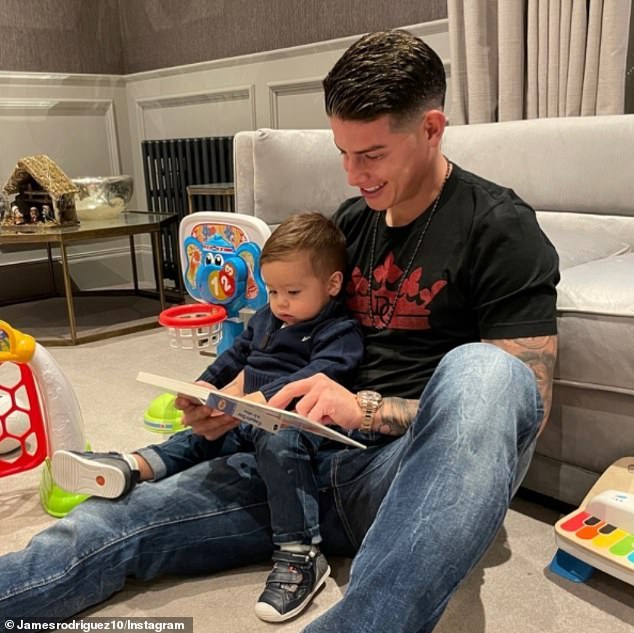 Rodriguez reads a story to his one-year-old son, Samuel, after moving into his own place 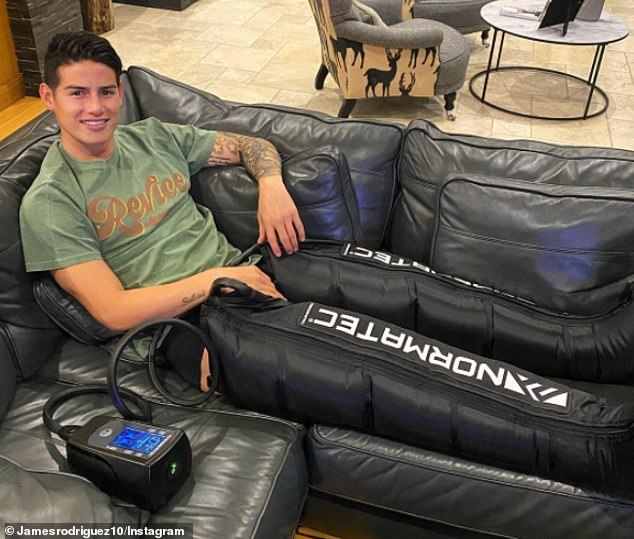 Lockdown rules have made Rodriguez’s transition tougher than it should have been, with players banned from socialising as they would normally or travelling as freely as they would like.

However, Sportsmail has been told that Yerry Mina has played an instrumental role in helping his Colombia team-mate settle into his new surroundings.

The giant but jovial defender has relished the opportunity to not only play alongside his country’s biggest star at club level, but to welcome him to Everton and the city after arriving himself back in 2018.

The club’s other South Americans – Brazilian trio Richarlison, Bernard and Allan – have also helped ensure Rodriguez has plenty of common ground with his team-mates, all of whom were thrilled to see him sign last summer.

Ancelotti’s squad are said to ‘love’ training and playing with the former World Cup Golden Boot winner, who regularly pulls off outrageous moments of skill at the club’s Finch Farm base. 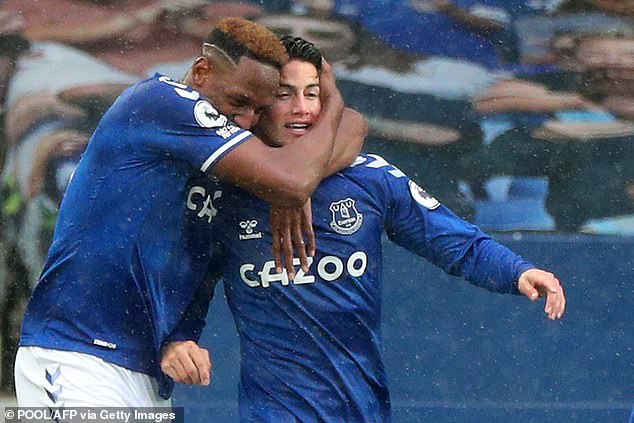 Sportsmail has been told that Rodriguez is ‘quiet and unassuming’ around the club, despite being the biggest name – perhaps apart from Wayne Rooney – to wear the  famous blue shirt during the Premier League era.

Training and living in the often wet, windy and chilly conditions of the north-west hasn’t been an issue for Rodriguez either, despite the majority of his career being spent in the far warmer climes of Colombia, Argentina, Portugal, the south of France and Spain.

Two years on loan in Munich – a city with a lower average temperature than Liverpool over the winter months – prepared him for what was to come, although the non-stop festive period is in stark contrast to the Christmas breaks he’s used to.

It is perhaps the condensed schedule of this unique campaign, combined with the rough and ready style of England’s top-flight, which have contributed to Rodriguez’s injury issues in the opening months of the season.

After making a flying start with three goals and two assists in the opening four games – all of which were won by Ancelotti’s side – he suffered a bruised testicle during a robust challenge from Virgil van Dijk in October’s Merseyside derby against Liverpool. 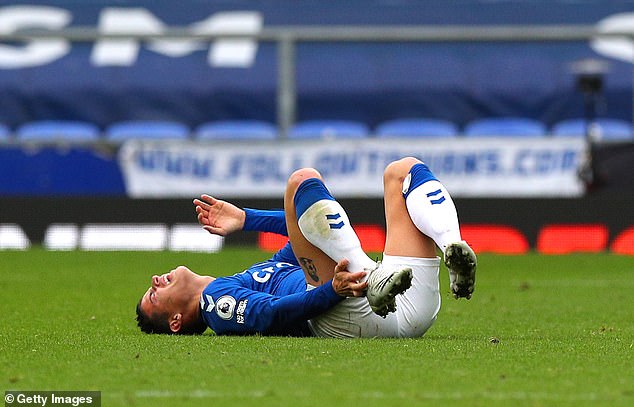 The problem kept him out of a defeat at Newcastle three weeks later, and after returning to action for four straight league games, he has now missed the last five games with a niggling calf injury.

Injuries were always likely to be part of the deal with Rodriguez – he suffered plenty during his time in Madrid – and it is hoped that allowing him to recovering properly from his latest setback will mean he is fresh for a busy period.

During the opening games of the season, as Everton made their brilliant start to become the league’s early front-runners, Rodriguez’s qualities were on full show.

Incredible vision and the technique to pull off passes others don’t even see, the ability to switch the play in a second and a coolness when in sight of the goal.

His talent has been described as ‘unquestionable’ by those around Finch Farm, and there is a belief that he will soon return to his early-season form following a dip in performances before his latest injury. 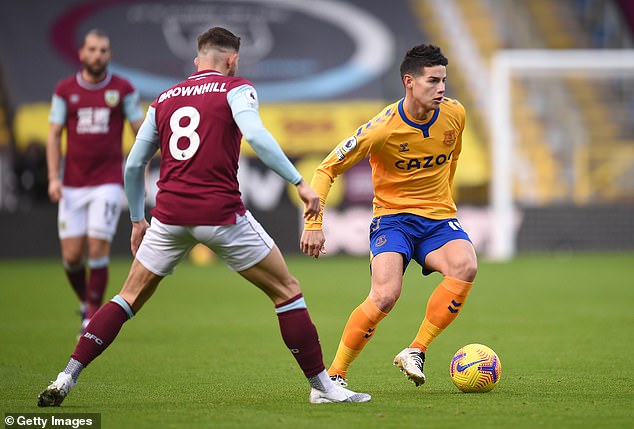 Off the pitch too, Rodriguez has already had a sizeable impact on a club who want to continue to grow commercially, as well as challenge the established order in England and become Champions League regulars.

When he signed back in September, the former Napoli target was the eighth most followed sportsperson on social media with a whopping 95.8million followers.

His stature and popularity – especially in his native Colombia – resulted in more than half a billion views of PR and media content relating to his signing, while online traffic to the club’s website grew by a whopping 433 per cent.

Everton’s own social media following increased by almost 20 per cent in the wake of Rodriguez putting pen to paper, with the club announcing their first partnership in Colombia just this week after agreeing a deal with online gaming brand Rush Bet.

While Ancelotti would have hoped to have his star man available for more games over the last month, the signing of Rodriguez has so far been deemed a big success by those on both the football and commercial sides of the club.

It was also a signal of intent. There is a plan with Ancelotti at the helm, and the resources to give him the players he wants are there – now matter how big a name they might be.

The next time Everton are linked with a superstar, maybe they’ll be taken a bit more seriously. Everton are delighted with Rodriguez, who has already made an impact on and off the pitch 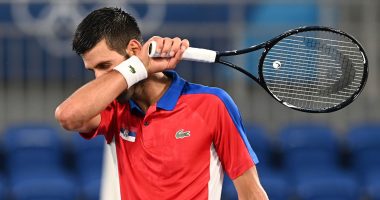 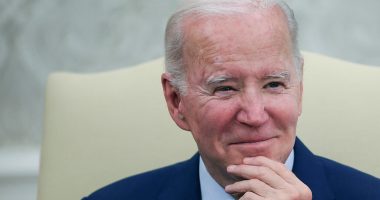 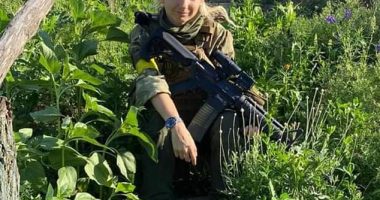 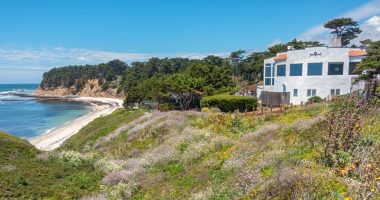