A putback dunk from Cal State Bakersfield’s Justin McCall looked to finish off a short-handed LBSU squad in regulation on Friday, but a drawn charge and two free throws from redshirt freshman Shaden Knight extended the game with 1.6 seconds remaining. Long Beach then held off the Roadrunners in overtime, closing out a 90-89 win at the Walter Pyramid.

LBSU, which finished 12 for 25 from 3-point range, pulled ahead for good with a trio of 3-pointers in the extra period, a surge started by Michael Carter III on the first possession of overtime. Carter, who led LBSU (2-2 overall, 1-0 Big West) with 25 points, hit another with 1:03 left to extend the lead to 86-82.

Isaiah Washington pushed the margin to 88-82 with less than a minute remaining, and Long Beach still had a four-point lead in the final seconds before Justin Edler-Davis hit a 3-pointer of his own as time expired that still left the Roadrunners (4-4, 0-1) one point short.

Long Beach, which played without its two leading rebounders in Chance Hunter and Romelle Mansel, struggled on the glass throughout. Bakersfield out-rebounded Long Beach 50-25, grabbing 27 at the offensive end (leading to 23 more field-goal attempts than LBSU), but the hosts made up for the discrepancy with strong defense and unselfish play.

Beyond playing without two starters, Long Beach had only nine active players, all of whom contributed. Long Beach shot 54.9 percent from the field (28 for 51) and had a season-high 15 assists while holding the Roadrunners to 35.1 percent shooting (26 for 74).

In addition to Carter III’s 25, Washington had 18 points (and six rebounds) and freshman Jadon Jones had 16 points in his first start. Joe Hampton had 13 points and three blocked shots, while Knight had nine points, including the critical free throws to finish regulation.

Long Beach led the entire first half, but Bakersfield took its first lead at 40-39 on a Shawn Stith layup early in the second half. LBSU went back ahead by as many as seven after a free throw from Carter made it 68-61 with 5:23 to play, but Bakersfield went back ahead with a 10-0 run and the hosts were forced to play small when Hampton and Trever Irish fouled out. Carter put Long Beach back on top at 73-71 with just over a minute left, setting up the late fireworks.

Bakersfield appeared to have the game won after McCall’s putback dunk with 1.6 seconds left in regulation, giving his team a 75-73 lead and forcing Long Beach to go the length of the court with almost no time left.

See also  Why Adolf Hitler's Mentor Eventually Broke Away From Him

But with the inbounds passer allowed to run the baseline, Knight came down to set a screen on Bakersfield’s Taze Moore, who barreled through him hard enough that the officials called a foul.In addition to giving Knight the opportunity to tie the score on free throws, it was the fifth foul on Moore, leaving Bakersfield without one of its key players in overtime.

Shaun Williams had 19 points to lead six Bakersfield players in double figures, while Edler-Davis had 15 points and eight rebounds and Shawn Stith added 13 points and 11 rebounds.

With series scheduling in place for 2020-21, the teams will square off again Saturday at 4 p.m. at the Pyramid. The game can be streamed on ESPN3. 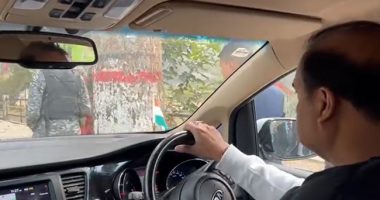 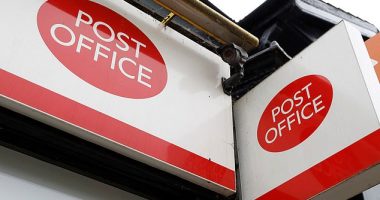 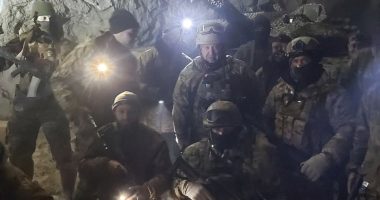 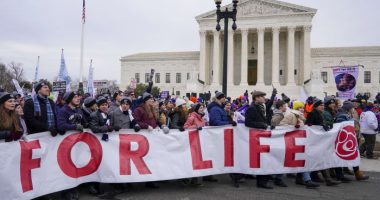 WASHINGTON – One year ago, the annual March for Life protest against…

Credit: Bravo Captain Sandy Yawn has had a lot to deal with…

Rep. Ilhan Omar (D-OH) has an idea of why House Speaker Kevin…