But few would have expected the degree to which the Washington Examiner, a longstanding go-to conservative Beltway publication, was ripped apart by fellow conservatives, who branded the outlet as “controlled opposition” and “RINO-funded.”

“Cassidy Hutchinson’s Tuesday testimony ought to ring the death knell for former President Donald Trump’s political career,” the paper’s editorial board wrote of the former Trump aide who presented bombshell revelations to the Jan 6 committee earlier in the week. “Trump is unfit to be anywhere near power ever again.”

After publication, the Examiner’s executive editor Seth Mandel tweeted out the story, only for his post to become fodder for a pile-on from fellow conservatives.

“Just heresay [sic] for the ratio,” former Trump legal advisor Jenna Ellis fired back as the angry replies rolled into Mandel’s feed. The Examiner editor did not return The Daily Beast’s request for comment on Thursday.

“One of the most obvious goals of Pelosi’s J6 committee was to relaunch the NeverTrump movement, to demoralize Republicans voters, and to criminalize any opposition to the regime’s policies,” wrote Mollie Hemingway, a Fox News contributor and editor-in-chief of The Federalist, taking direct aim at the Examiner. “By that measure, as editorials like this show, Pelosi’s been successful.”

From there, the right-wing outrage session only continued.

“Hey DC Examiner – why is this opinion still up?” talk-radio host Joe Pagliarulo raged on Twitter. “Her testimony was immediately debunked by the Secret Service. Did you not hear?”

“Seriously,” he added, “enough of the hate on actual conservative values.”

“This is beyond embarrassing,” The Spectator’s D.C. editor Amber Athey said. Another conservative writer responded by calling the Examiner “controlled opposition.”

Of course, it didn’t end there.

Fox News contributor Leo Terrell, whose punditry is premised on proclaiming himself to be a former liberal, went on a tear against the publication that his Fox colleagues, including star host Sean Hannity, frequently cite on-air.

“Attention Trump’s Supporters. Do not waste your time reading the RINO-funded Washington Examiner!” he tweeted.

He continued in a second tweet: “Attention Washington Examiner, Your editorial page regarding President Trump is an embarrassment. You owe President Trump an apology right now. Do your homework before you write an unfounded editorial!”

And, of course, no right-wing outrage-fest would be complete without Seb Gorka, who swooped in to add: “How long have I told you The Washington Examiner is funded and staffed with NeverTrumpers?” 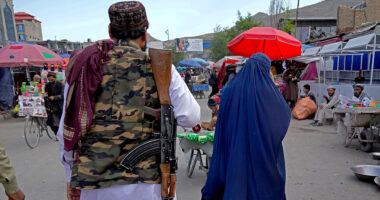 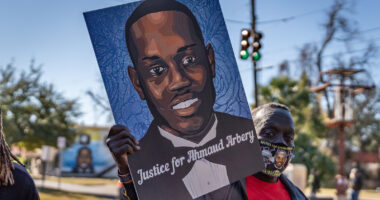 Arbery’s tragic death mirrored that of George Floyd’s back in 2020. Both… 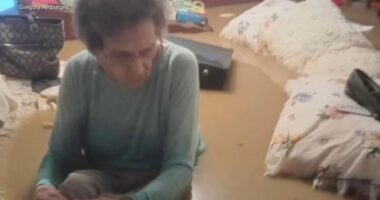 CHICAGO (WLS) — A 98-year-old woman was rescued from Kentucky flooding, and… 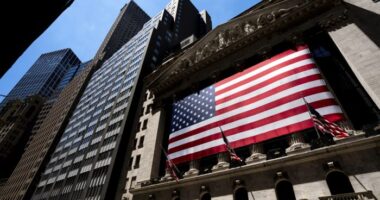