I wanted the top floor… but I’m only two feet off the ground! Man’s legs dangle in the air after getting stuck in faulty elevator doors

By Matt Powell For Mailonline

CCTV footage caught the moment a hapless man was left with his legs trapped after a faulty lift caused him to trip.

The incident, in which the 55-year-old man narrowly escaped having his feet severed, happened in George Town, Malaysia, on the night between June 17 and 18.

The video from inside the lift shows how the mishap occurred, while pictures show the cramped and painful position the man’s was trapped in. 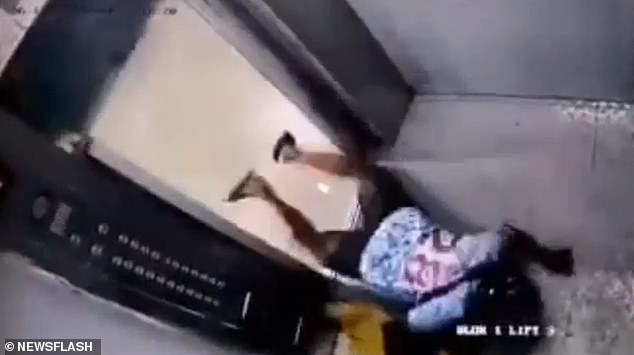 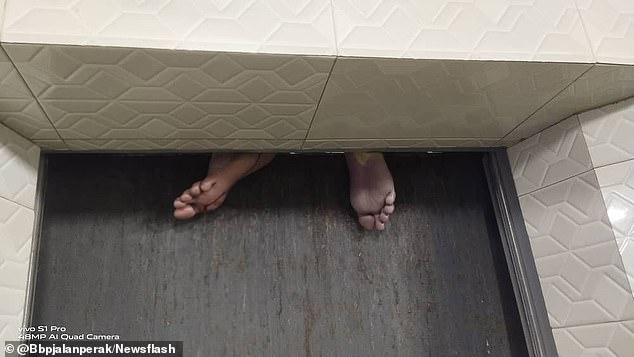 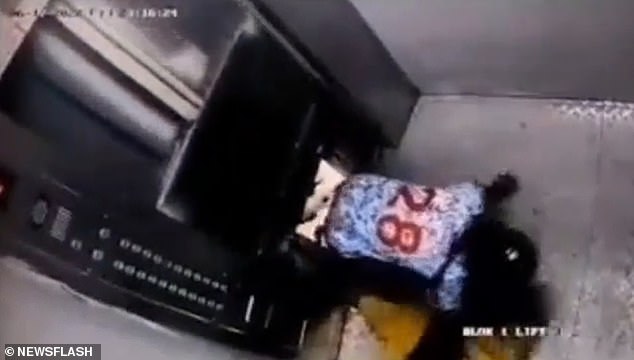 Unfortunately most of the man’s legs were left dangling out of the lift, which continued to move upwards until they were trapped 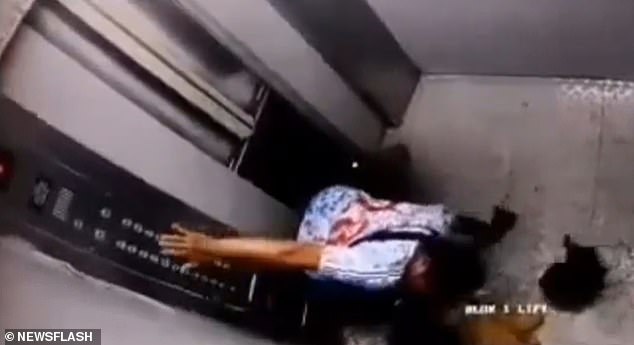 The 55-year-old is seen trying to reach for the emergency button on the elevator, but was unable to turn around or move about

The footage shows the doors of the elevator opening, and before the man is even inside it has already started to ascend.

Due to this malfunction, the man is caught completely off guard and immediately stumbles.

After falling to the floor, his legs are left hanging out of the open lift door while his body is inside. 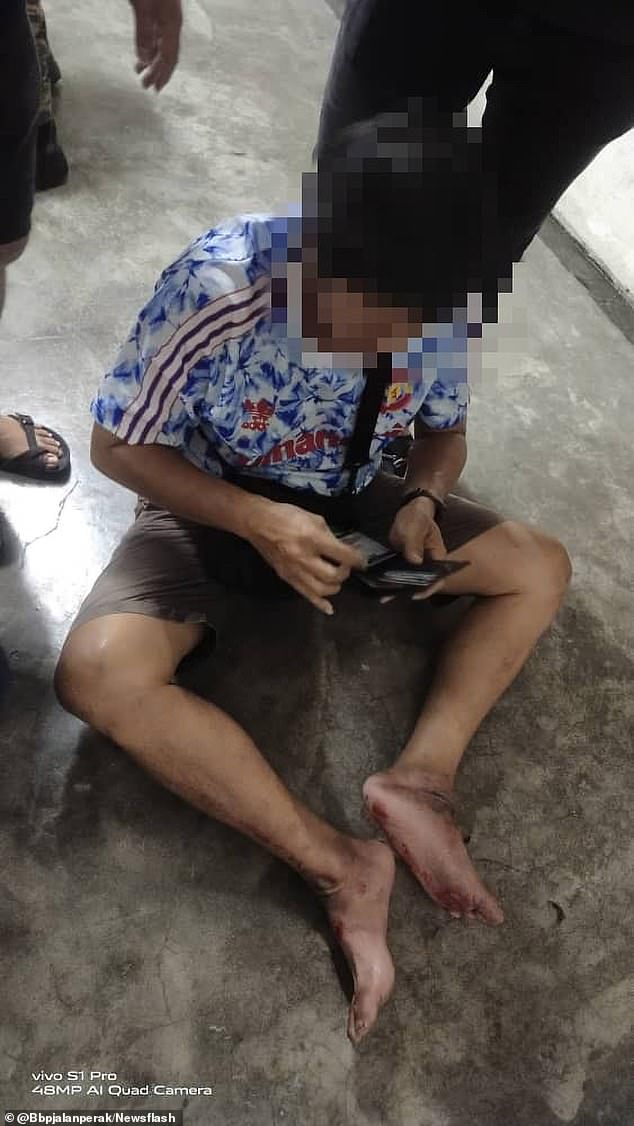 After he was freed, the Manchester United fan took a seat and examined his feet which looked sore but not seriously injured 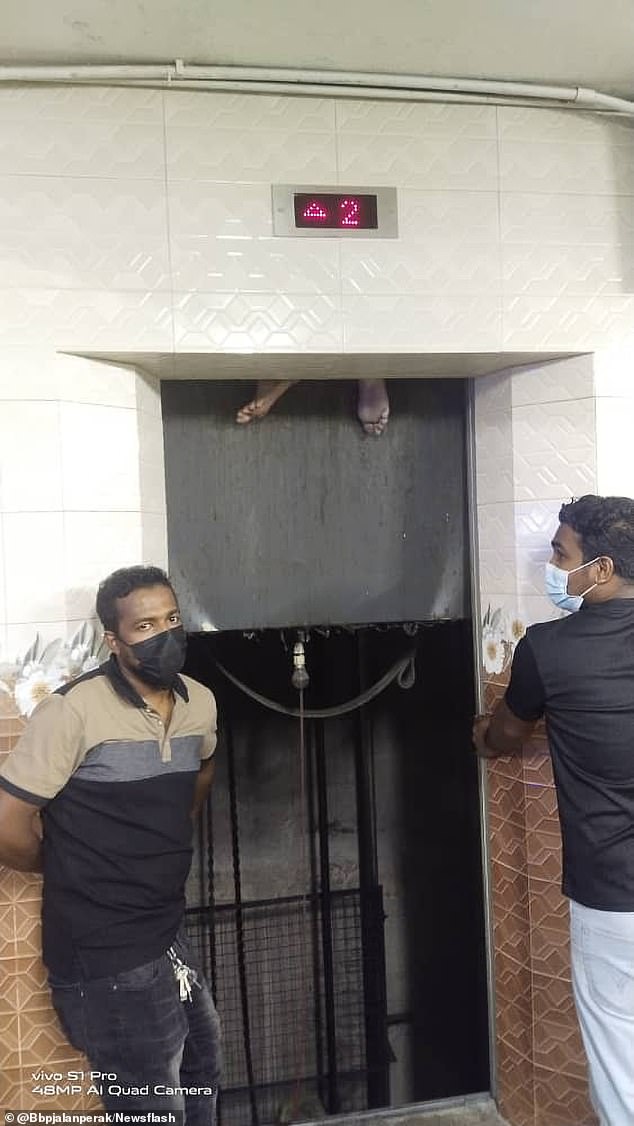 After about 30 minutes, the team was able to successfully free the victim’s feet. He was immediately taken to the hospital 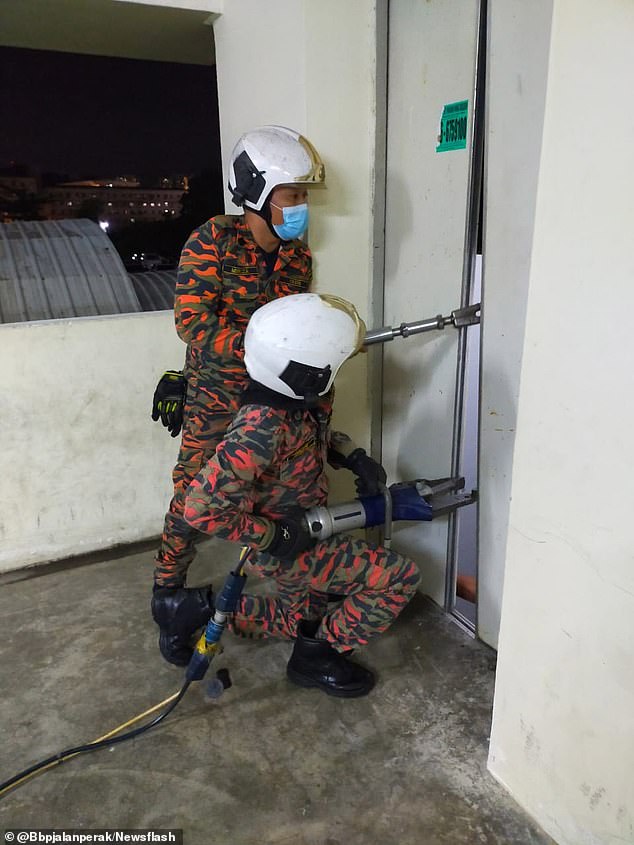 The lift then fortunately comes to an abrupt stop, possibly because of a safety feature kicking in when the doors failed to close properly.

However the man’s feet were left dangling over the bay in the wall in what looked to be a very painful position.

The Jalan Perak Fire and Rescue Department was called and rescuers were dispatched to the scene to free the trapped man.

He was finally freed from the lift and sent to hospital for treatment for his apparently bloodied feet. 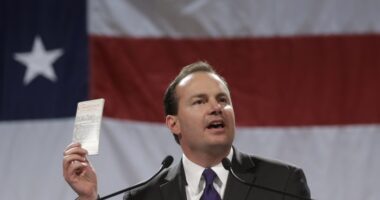 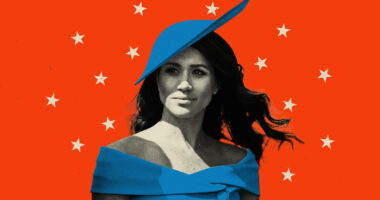 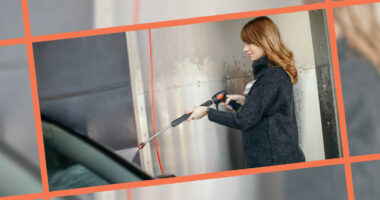