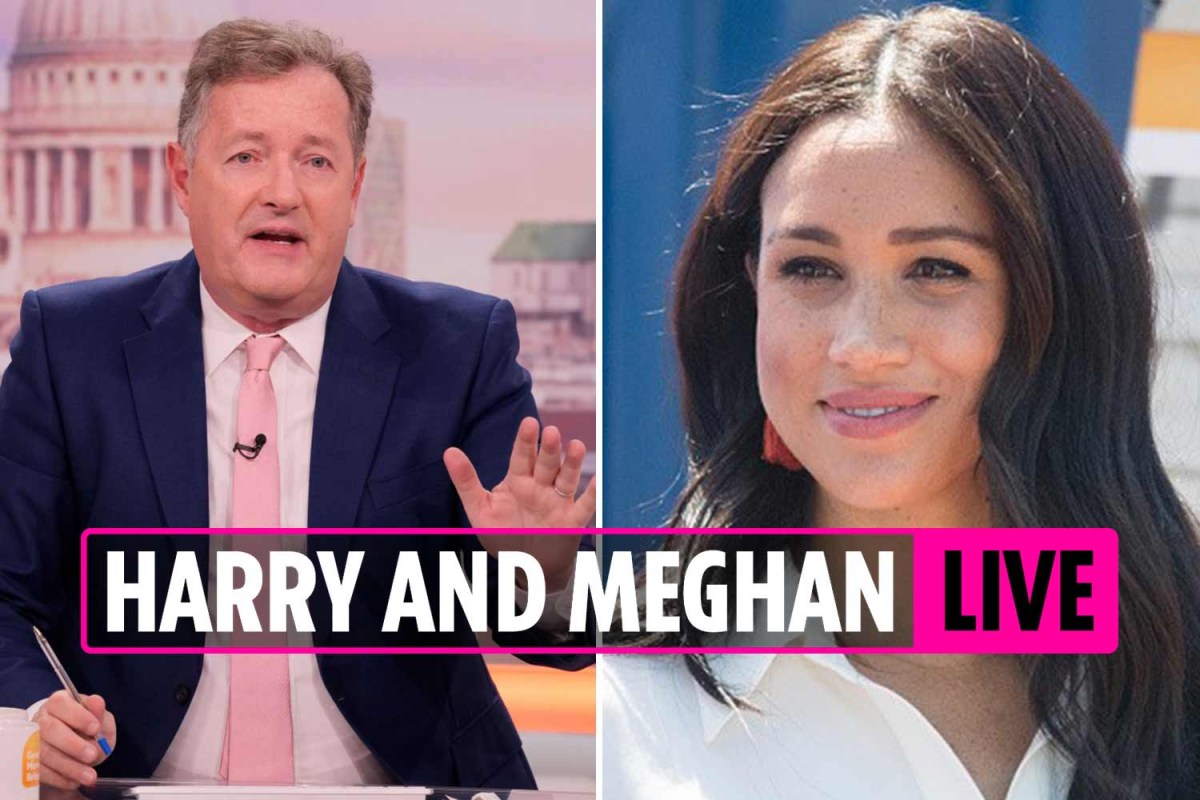 PIERS Morgan has mocked Meghan Markle as her fans were outraged that the Duchess didn’t feature in any royal birthday posts for Harry.

He put on a fake American accent whilst mocking Markle’s plea for privacy and calling her “the other one.”

Piers said on GMB: “Have you noticed its only Harry? There’s no reference to the ‘other one.’

“She’s been airbrushed. No Meghan.

“Do you think it’s because she ‘wanted to have her privacy respected at this difficult time’?”

Her fans were LIVID after the Duchess was left off of Royal tributes to Prince Harry on his birthday.

The Royal Family’s social media posts for the Duke’s 36th birthday seemingly left out Meghan, and fans were quick to point out the “shady” move.

The Cambridges shared a sweet photo of Harry racing William and Kate at a Heads Together relay at London’s Olympic Park with the message: “Wishing a very happy birthday to Prince Harry today”.

One of the most-liked comments on the post was a fan writing: “The shade of them using this pic rather than one including his wife.”

Donald Trump REFUSES to commit to a peaceful transfer of power