My haven, Ian Rankin: The bestselling crime writer, 60, in the music room of his Edinburgh flat 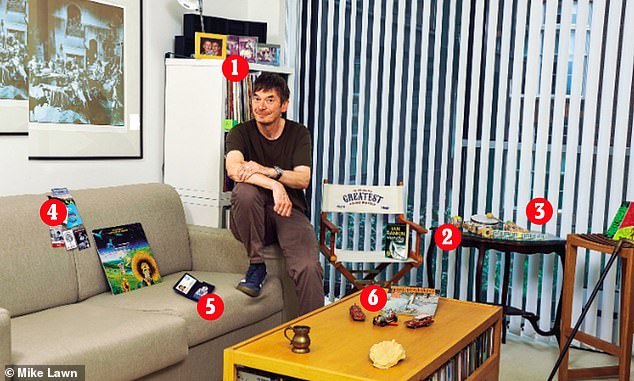 This room is where I relax when I’m writing my books, by playing a record. I have very few pictures of my parents and that’s why this photo of my mum Isobel, who died in 1979 when I was 19, and my dad James, who died in 1990, is so important to me.

There’s also a photo here of my wife Miranda at a French vineyard where we worked together in the early 1980s. And the picture in the yellow frame is of our two sons, Jack, now 28, and Kit, now 26. 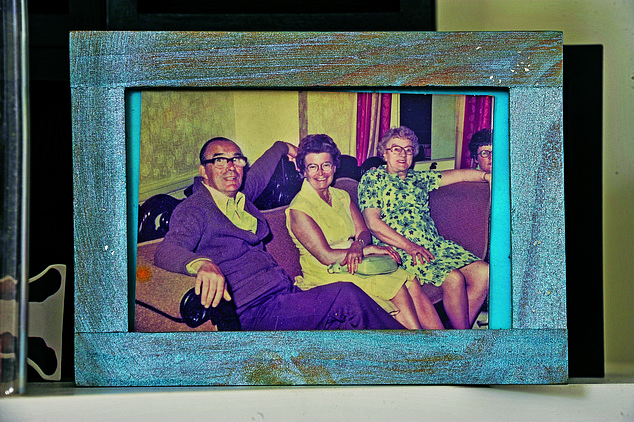 Ian said he has very few pictures of his parents but does have this image of his mother Isobel, who died in 1979 when he was 19, and dad James, who died in 1990 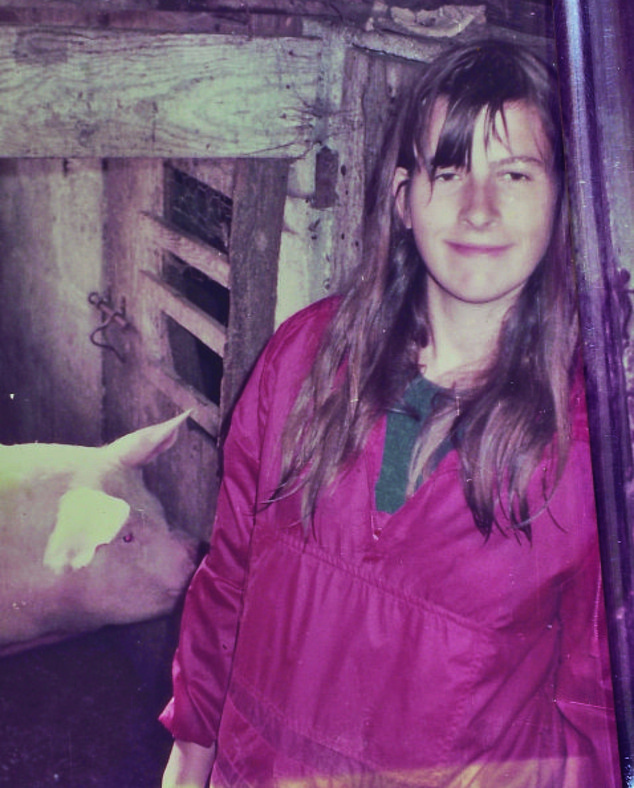 I’m a great admirer of the novelist Muriel Spark – like me, she wrote about Edinburgh. So when I heard her son Robin had died and the family’s tenement flat was going up for sale, I went to see it.

It’s thought Muriel wrote at least part of her best-known book, The Prime Of Miss Jean Brodie, at this small table in that flat. When the table came for auction my wife Miranda bid for it and it’s now close to hand when I write. I hope Muriel’s genius might rub off on me! 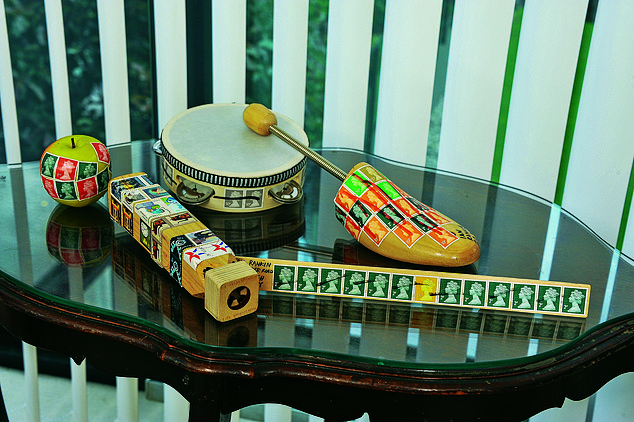 Artist Peter Liversidge posted Ian all sorts of unusual stamped ‘artworks’ over the years, from a wooden ruler to a train whistle and a plastic apple

The artist Peter Liversidge, who I bonded with over music, has posted me all sorts of unusual stamped ‘artworks’ over the years, from a wooden ruler to a train whistle and a plastic apple. He’s plastered them in stamps, popped them in the post… and hoped for the best.

The more stamps he can get on the better. Although some things he sent – such as a broomstick – never arrived; the Royal Mail clearly decided they weren’t worth delivering. It’s always a pleasant surprise to receive something. 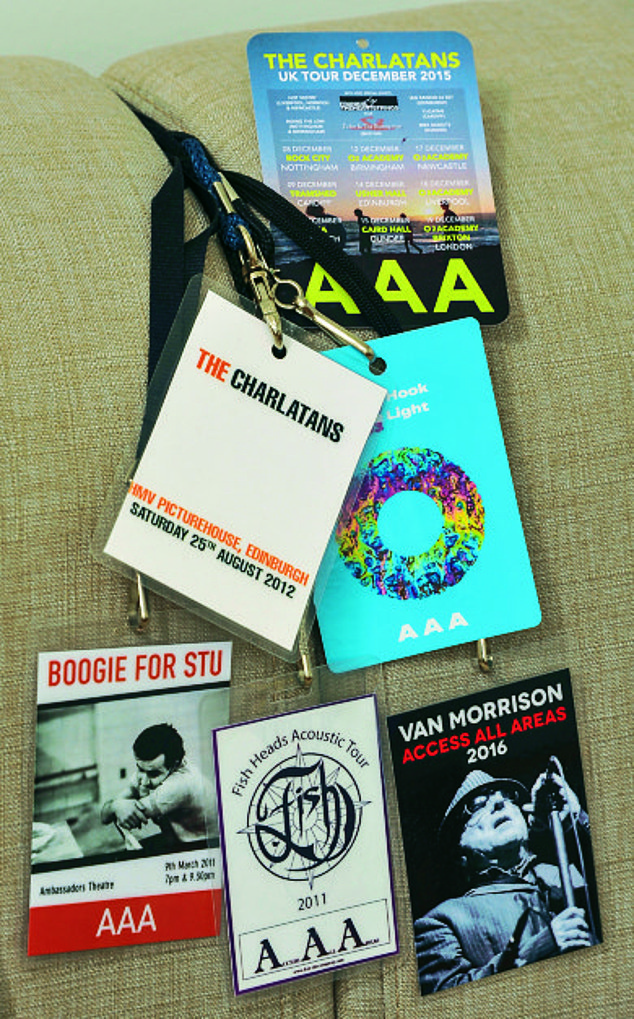 I’m a big music fan and I’ve been lucky enough to be offered backstage passes like these to see some of my favourite acts, like The Charlatans. I’ve also met musical heroes like Van Morrison, who signed his album for me, and become pals with former Joy Division and New Order star Peter Hook.

See also  What does South Africa need to do to qualify for the 2023 world cup?

But it’s a great tragedy that so few of today’s rock acts indulge in the wild stuff that used to happen backstage. The most you’re likely to be offered now is a cup of tea! 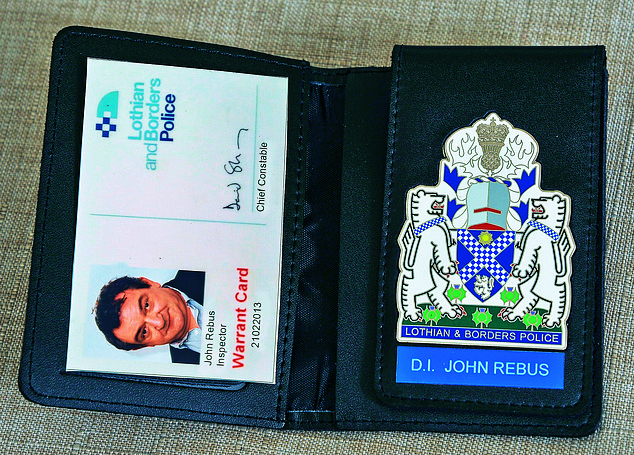 This police warrant card is a prop from the ITV adaptation of my Rebus books, in which Ken Stott starred for three series. The card is out of date now – Lothian and Borders Police is now part of Police Scotland.

The Rebus books have sold around 35 million, and there’s a script for a rebooted Rebus at the BBC at the moment, so watch this space. I think I’ve got maybe one more Rebus book in me, but I say that every time I finish a novel… 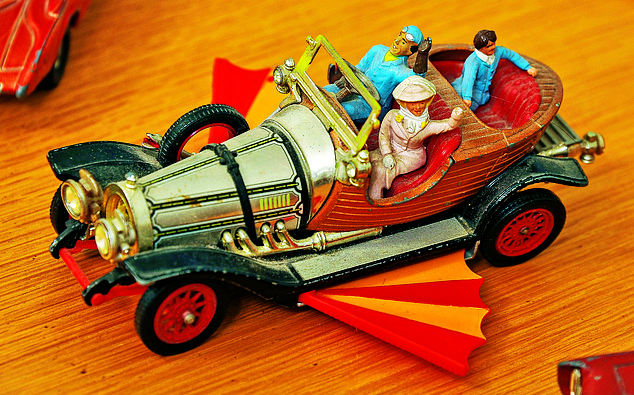 I had a huge collection of toy cars as a kid and loved to play with them. Sadly the only ones left are these three – my Captain Scarlet, Chitty Chitty Bang Bang and Monkees cars.

In mint condition in their boxes they would be worth a fair few quid, but they’re a bit battered and scratched – nonetheless having them around takes me back to my childhood. As kids, my generation had to use their imagination more when they played with their toys than today’s kids with their video games.

As told to York Membery. Ian’s latest Rebus thriller, A Song For The Dark Times, is out now (£20, Orion). Twitter: @Beathhigh 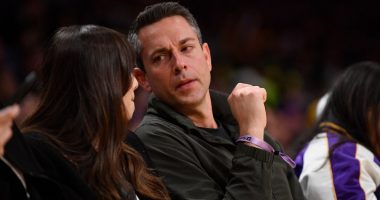 Many Shazam! fans were shocked this weekend when Zachary Levi, who stars… 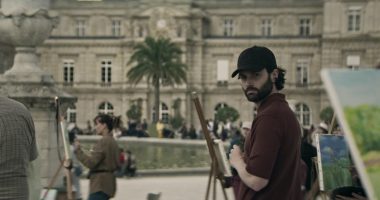 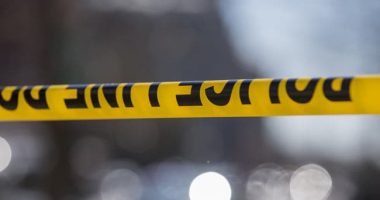 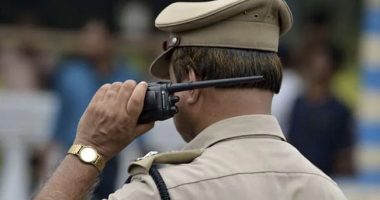