TV personality NeNe Leakes recently got candid on what killed off her talk show career before it had the chance to become a reality. The Real Housewives of Atlanta alum gained popularity in 2014 after posting a picture of her defaced Birkin bag.

The bag garnered several responses, one of which was from “The Wendy Williams Show” host Wendy Williams. According to Leakes, the 57-year-old made unappreciated comments about her and her financial status, which drove the reality star to release a scathing reply.

Leakes replied around the same time she was talking with a studio for a talk show host position with Tom Arnold. The studio was also in charge of Williams’ show. After she replied to Williams, the deal was killed off, and Leakes put the blame on Williams. The TV personality recently revealed that while her comments to Williams may have found their mark, something else made her push for the show to be scrapped.

Leakes just admitted why Williams allegedly pulled the plug on her show with Arnold. In an interview with Page Six, the television personality revealed that while the issue stemmed from their 2014 debacle, which involved a defaced Birkin bag, it went beyond the incident.

While recounting the story, the 54-year-old said that besides her comment on social media, Williams made some unsavory comments about her during a segment of her show. The comment led to Leakes’ cutting blog post that seemingly cost her the talk show gig.

The “Real Housewives of Atlanta” alum recalled, “Wendy saw that I had defaced my Birkin bag, and yes, she posted a comment on her show social media page about it. But that wasn’t the trigger. The trigger was what she said about me on her “Hot Topics’ [segment].”

She Believes Williams Was ‘Scared’ Of Her

Leakes proceeded to give a paraphrased version of Williams’ on-air comment, which made a dig at the 54-year-old, alleging that she wasn’t wealthy enough to deface the Birkin bag, which was worth around $10,000.

Leakes continued, “Kim Kardashian had done the same thing around the same time, ‘defaced’ her [Birkin] bag. Wendy said Kim can do that because she had the money to do such a thing, but basically I don’t.”

In her scathing response, Leakes accused Williams of acting vile towards her when the reality tv show alum had done nothing to warrant the behavior. She proceeded to call the show host the “lowest of the low” and claimed that the 57-year-old was “scared” that she would take her place.

“I know you hate me because I turned down the chance to come on your Talk Show, and I am sure you’re scared I will take your place (I know you have heard! Ummhmm wink wink). BE SCARED!” she wrote at the time.

According to Leakes, although her response was biting, it wasn’t what made Williams truly upset. During one of her responses, she called the show host “Wendell,” making the name go viral, much to Williams’ ire.

The reality star said, “I responded by saying something like, ‘Now, Wendell, I have four Birkin bags, and I can do the same.” Leakes claimed the American broadcaster “didn’t like” the name, and not long after, her talk show deal was pulled out.

“Debmar-Mercury pulled the deal and stopped all communication with me. Our deal went dead.” The 54-year-old further revealed that she was in talks with Debmar mercury at the time of the incident before the studio decided to make a “male/female duo.” The decision heralded the introduction of Arnold into the mix.

In what seemed like a move that mirrored the trend of the time, Leaks defaced her black Birkin bag, penning down several of her popular catchphrases from her time on the “Real Housewives of Atlanta.” Before the reality star, several celebrities like Kim Kardashian and Lady Gaga had doodled on their own bags.

Leakes referred to her Birkin doodles as “NeNe-isms,” and some of them read, “Close your legs to married men,” “I’m very rich b–ch,” “I said what I said,” “So nasty and so rude,” and “Fix that body.” The purse was a standard Birkin bag estimated to be between $8000 to $10,000. At the time, she took to Instagram to post her handiwork.

After Williams caught sight of the handbag, she sent out a post asking her viewers and Twitter followers what they thought of the Birkin. “Hot question: What do you think about @NeNeLeakes defacing her Birkin bag?” She eventually deleted the tweet but not before Leakes caught wind of it, leading to the blog post. 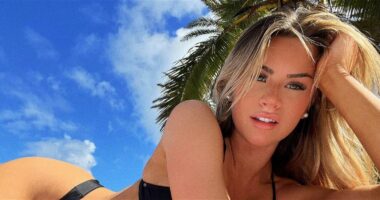 On Thursday, Emily Elizabeth had a brand new bikini photo to share… 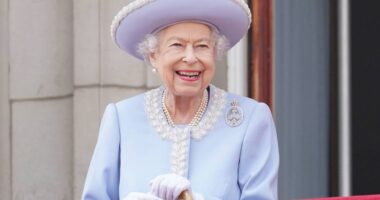 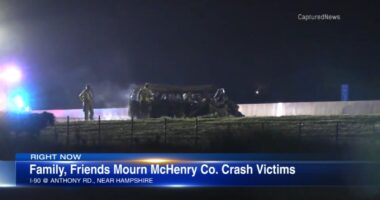 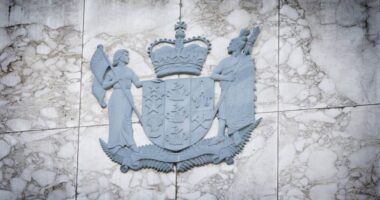