No. 1 Alabama beats No. 4 Notre Dame in relocated Rose Bowl 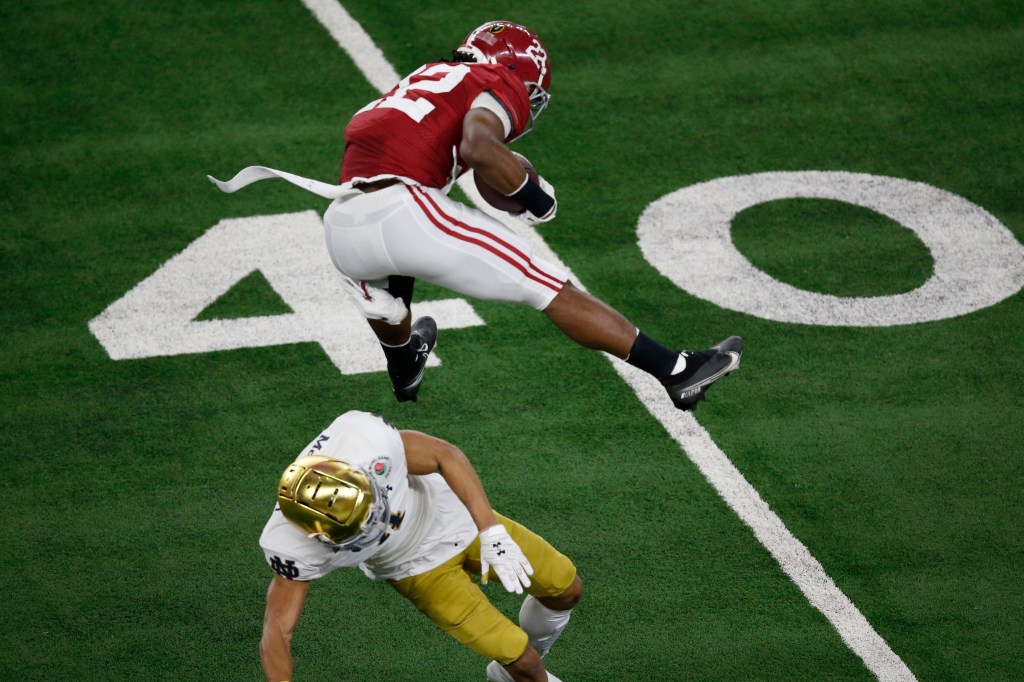 Smith caught three of Jones’ four touchdown passes and Najee Harris ran for 125 yards with a high-hurdling highlight in a 31-14 victory over No. 4 Notre Dame in a CFP semifinal Rose Bowl played inside about 1,400 miles from Pasadena.

“I don’t think there’s anything quite like the Rose Bowl, the tradition, the setting, the mountains. It’s just a phenomenal experience,” Coach Nick Saban said. “Wish our players had gotten that opportunity.”

But Saban and the Tide (12-0, No. 1 CFP) will take yet another win in the home of the NFL’s Dallas Cowboys, which the coach called one of college football’s finest venues, and advancing again in the playoff.

The Tide earned a spot in the Jan. 11 championship game in suburban Miami, against No. 3 Ohio State, which beat Clemson, 49-28, in the other CFP semifinal at the Sugar Bowl on Friday night.

Alabama missed the CFP last year for the only time since the four-time playoff debuted at the end of the 2014 season. The Buckeyes were the initial CFP champions, after beating the top-seeded Tide, 42-35, in a semifinal that year.

Notre Dame (10-2, No. 4 CFP), in football’s final four for only the second time, has lost seven consecutive New Year’s Six/BCS games since 2000.

Alabama scored touchdowns on its first three possessions, including a 97-yard drive on which Harris leaped over 6-foot cornerback Nick McCloud just after crossing the line of scrimmage, landed on both feet, then sprinted for a 53-yard gain before getting run out of bounds.

“I don’t know why I’m surprised every time he does it. I’ve seen it for three years, but still, Geez!,” tight end Miller Forristall said.

“I actually try to teach him not to do it, and it didn’t work,” Saban said, laughing. “Anyway, for a big guy, it’s pretty amazing that he can do that. He’s kind of got a great feel for when a guy’s going to try to cut him. … When he sees that head go down, he’ll go over the top of them in a heartbeat.”

Jones, who completed 25 of 30 passes for 297 yards, threw a 12-yard touchdown to tight end Jahleel Billingsley on the next play.

That came between drives when Smith, with 16 touchdwn catches his last seven games, turned short passes into scores of 26 and 34 yards. Smith finished with seven catches for 130 yards, later adding a nifty toe-tapping 7-yarder in the front corner of the end zone right on the pylon.

CFP officials moved the Rose Bowl because of COVID-19 restrictions in California that would have kept family – or any fans – from attending the game at its normal home. There was a limited capacity crowd of 18,373 at AT&T Stadium, the home of the Dallas Cowboys, just a bit higher than the attendance for the Cotton Bowl game there two nights earlier when Oklahoma beat SEC runner-up Florida, 55-20.

It was another thud of a finish for the Fighting Irish after winning all 10 regular-season games, including a home victory over Clemson. But Notre Dame then lost, 34-10, to the Tigers in the ACC title game.

“Today was about making the plays. They made them on the perimeter. Their skill players showed up today as they have all year,” Irish coach Brian Kelly said. “We battled. I thought we did some of the things that we wanted to today but we simply didn’t make enough plays.”

Notre Dame lost, 30-3, to Clemson in the CFP semifinal Cotton Bowl two years ago at AT&T Stadium. It was the first time the Irish had played Alabama since the Tide beat them, 42-14, in the BCS national championship game eight seasons ago.

The Alabama defense kept quarterback Ian Book scrambling. The winningest starting QB ever for the Irish at 30-5, Book completed 27 of 39 passes for 229 yards and only his third interception in 353 attempts this season.

Alabama is 5-0 at AT&T Stadium, with a pair of convincing CFP semifinal wins there. The Tide beat Michigan State, 38-0, in the Cotton Bowl five seasons ago.

Notre Dame: The Fighting Irish have gone 32 seasons since winning their last national title with a 12-0 record under Lou Holtz in 1988. The Irish were down only 21-7 when they got the ball for the first time in the second half. But any chance to get some momentum evaporated when Book threw an interception when under pressure, and Alabama turned that into Smith’s third touchdown catch.

Alabama: The outcome wasn’t unexpected with the Tide a three-touchdown favorite, but the 31 points were their fewest since losing to Clemson, 41-16, in the CFP title game two years ago – a span of 25 games. The 437 total yards were the lowest since they had 414 against Missouri in the opener of this pandemic-affected season.

“We kind of protected the lead a little bit,” Jones said. “We have to do a better job playing the plays.”

Notre Dame goes into another offseason still trying to figure out how to close the gap against the best of the best. The Irish play their 2021 season opener on Sept. 5 at Florida State.

Alabama gets a chance to win its sixth national title in Saban’s 14 seasons in the CFP national championship game. 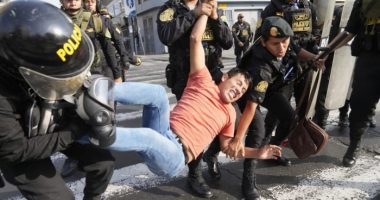 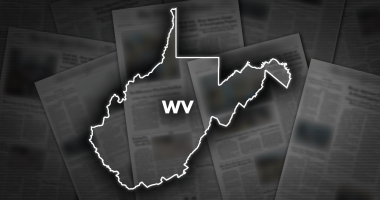 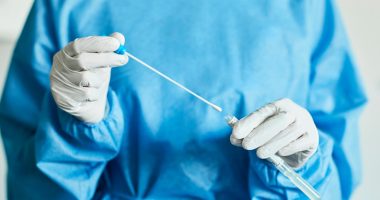 Check the COVID-19 Data Tracker from the U.S. Centers for Disease Control… 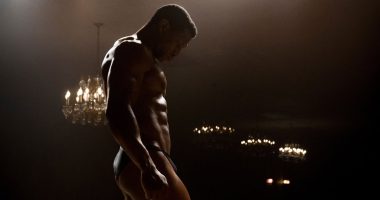