DENVER (AP) — Colorado Republicans have rejected an indicted county clerk as their nominee for secretary of state, choosing a former local official who ran on a platform of taking politics out of running elections.

In spurning Mesa County Clerk Tina Peters, the bulk of Republican primary voters appeared to reject the conspiracy theories and false claims that have spread among conservatives since the November 2020 presidential election. Over the last year, Peters has appeared regularly with prominent allies of former President Donald Trump, who claims without evidence that the election was stolen from him.

The win by Pam Anderson, a former county clerk and past head of the state clerks’ association, sets up a November match-up with current Secretary of State Jena Griswold, a Democrat seeking a second term who ran unopposed in Tuesday’s primary.

In recent months, Peters had issued various reports — discredited by officials and experts — that claim voting system tampering. The reports were based on an unauthorized copy of her county’s voting system, a security breach that led to her indictment. She has been charged with seven felony counts.

Peters has dismissed the charges as politically motivated, even though the Mesa County district attorney who convened the grand jury is a Republican.

There is no evidence of widespread fraud or conspiracy in the 2020 presidential election, which Trump lost to President Joe Biden.

Peters has appeared regularly with Trump loyalists, including MyPillow CEO Mike Lindell, who has promoted Trump’s false claims of a stolen election. She attended Lindell’s “cybersymposium” last year where Lindell promised to reveal proof that voting machines were somehow manipulated.

While no evidence was provided, a copy of Mesa County’s voting system hard drive was distributed and posted online, according to attendees and state officials. Peters has said she had the authority and an obligation to make the copy but said she had no knowledge of how it came to be distributed.

Nationally, nearly two dozen Republican candidates are running to be their state’s top election official who deny the result of the 2020 presidential election, according to States United Action, a nonpartisan advocacy organization tracking the candidates.

Among those who have advanced to the November ballot are Wes Allen in Alabama, Diego Morales in Indiana, Jim Marchant in Nevada and Audrey Trujillo in New Mexico. Kristina Karamo in Michigan and Kim Crockett in Minnesota are favorites to win their primaries in August.

A coalition of election and cybersecurity officials declared the 2020 presidential election the “most secure in American history,” while Trump’s attorney general at the time said there was no fraud that would have altered the results. There has been no evidence to suggest Trump was cheated out of a second term. 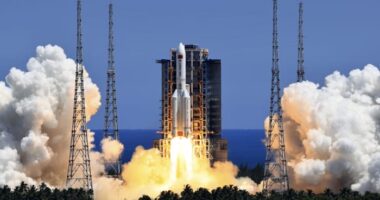 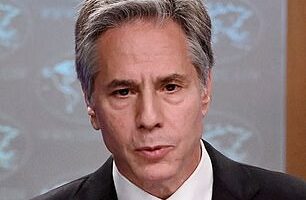 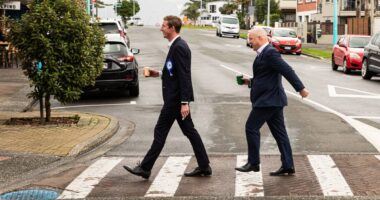 House values dip further, a controversial harbour bridge trial is back on… 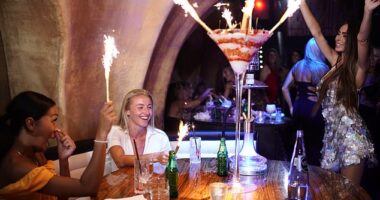 Lionesses Leah Williamson, 25, and Beth Mead, 27, jet off to Ibiza…