Pauline Tantot bares it all in her latest social media upload!

The famous influencer has been keeping her 5.8 million Instagram followers tantalized with a lot of sultry photos, although she kicked it up a notch with her newest share. For the latest addition to her feed, Pauline sported a see-through mesh bodysuit that left her chest exposed and her toned body on full display.

Leaving VERY Little To The Imagination

The ensemble came from Lounge Underwear, according to her tag in the picture. it had a sleeveless design that showcased her slender arms and shoulders. The undergarment was adorned with tiny embroidered flowers that added a sweet vibe to her look. Its see-through fabric bared all of her curves, including her chest. The model also didn’t bother to cover the necessary bits — letting them all hang — much to the delight of her audience. However, despite the fact that it violated Instagram’s strict no-nudity policy, the site hasn’t taken it down.

The suit also had high leg cuts with scalloped edges that left her hips exposed, adding to the sex appeal. Pauline sported a pair of hot pink joggers, which she pulled down for the shots.

In the first photo, the 27-year-old was seen standing against a glass door that seemingly led to the balcony. She popped her hip to the side while parting her legs and letting her arms hang on her sides. Pauline looked straight into the camera and offered a serious expression that still looked tantalizing.

The second image was cropped from her shoulders down to her upper thighs, which meant that her torso was the main focus, with her cleavage hard to miss. This time, Pauline placed her hands behind her buns as she struck a pose.

In the last picture, the French beauty turned around to showcase the back side of her scanty attire, which had a big cutout with thin straps. It also appeared to have a thong design. Unfortunately, Pauline cropped out her derrière from the snapshot.

She tied her smooth blond locks in a low ponytail while also leaving some tendrils of hair falling over her face.

She also added that the new Lounge Underwear collection will be available on “June 27.”

Fans Are Loving The Snaps

The steamy upload was very well received by Pauline’s army of fans, who took to the comments section in large numbers to compliment her beauty, chiseled midriff, and lingerie.

Pauline also posted another sizzling shot earlier this month. That time, she showed off her pert backside while wearing light blue booty shorts with a “Mykonos” print in white.

Did The Tantot Twins Get Butt Enhancements?

With her body, particularly her backside looking almost perfect, Pauline, like her twin sister Mathilde, is often a subject of plastic surgery rumors.

In an interview, her sibling revealed that she “once had injections in the buttocks,” although she doesn’t “advise it.”

Mathilde explained to Vanity Island Magazine that the procedure was useless as her body rejects hydraulic acid too quickly. She didn’t share whether Pauline did the same thing for her buns. However, the sisters are known for doing things together. Hence, it’s a big possibility that Pauline has tried getting fillers on her backside too. 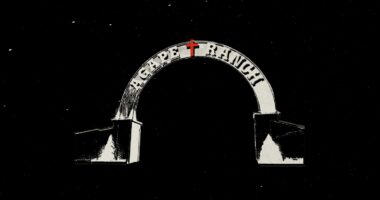 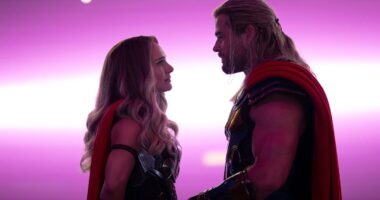 In the early days of the modern superhero film—let’s say roughly 2008,…