Police to reveal identity of Philly’s slain ‘Boy in the…

Philadelphia police have revealed the name of young boy who was beaten to death and found stuffed in a cardbord box in Philadelphia nearly 66 years ago as Joseph Augustus Zarelli. 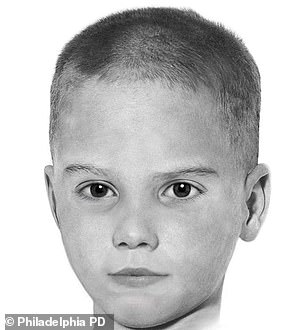 The death of Zarelli – known for decades as the ‘Boy in the Box’ – is the city’s most notorious cold case.

Police say detective work and DNA analysis helped them learn the name of a youngster whose brutal murder has never been solved.

The child’s naked, badly bruised body was found on February 25, 1957, in a wooded area of Philadelphia’s Fox Chase neighborhood. 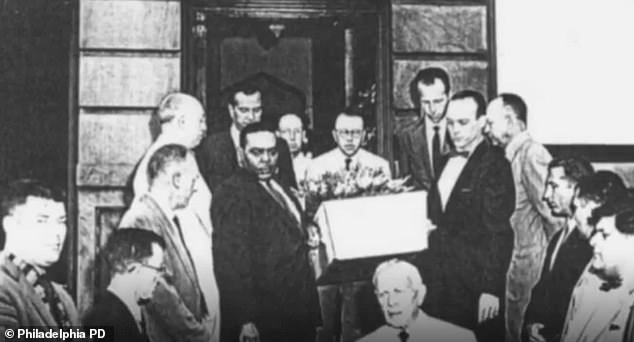 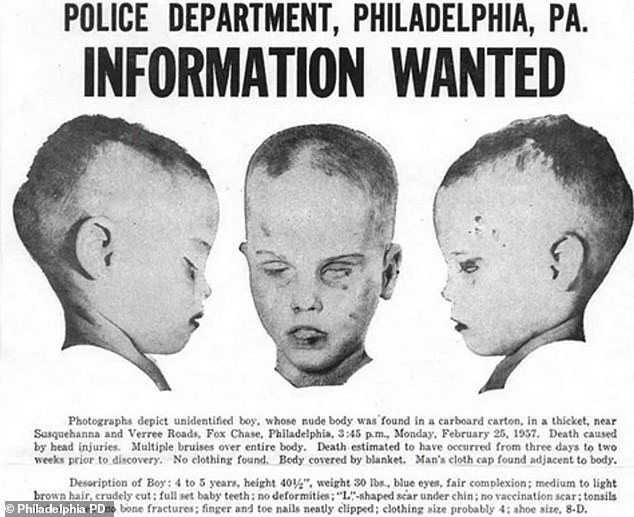 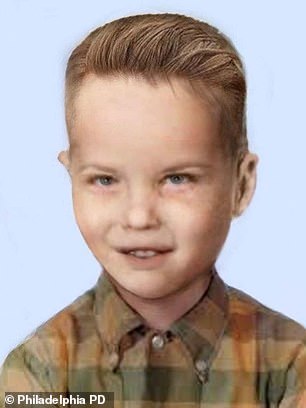 Outlaw said: ‘No one ever came forward to claim the child.

‘His entire identity and his rightful claim to own his existence was taken away.

‘This announcement only closes one chapter in this little boy’s story, while opening up a new one,’ Outlaw added.

The commissioner then took to Twitter, appealing to the public to provide any further information on Zarelli now that his identity has been revealed and offering a $20,000 reward ‘for information that leads to the arrest and conviction of a suspect’.

Police said they had suspicions as to who was responsible for Zarelli’s death, but said it would be ‘irresponsible’ to release the information.

Officials added their DNA testing revealed Zarelli has surviving relatives in the area.

The boy, who is thought to have been aged 4 at the time of his death, had been wrapped in a blanket and placed inside a large JCPenney bassinet box.

Police say he was malnourished and had been beaten to death.

A man’s newsboy cap in royal blue corduroy was found near the body, and police believe it may have been tied to the killer. The flannel blanket, recently washed and mended, that covered the body offered another clue.

Zarelli’s photo was put on a poster and plastered all over the city as police worked to identify him and catch his killer.

For six decades, the victim’s headstone has simply identified him as ‘America’s Unknown Child’.

Detectives pursued and discarded thousands of leads – including that he was a Hungarian refugee, a boy who’d been kidnapped outside a Long Island supermarket in 1955, or that he was a variety of other missing children.

They investigated a pair of traveling carnival workers and a family who operated a nearby foster home, but ruled them out as suspects. 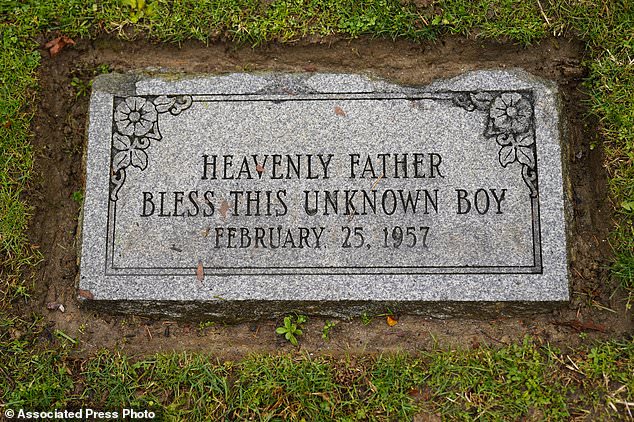 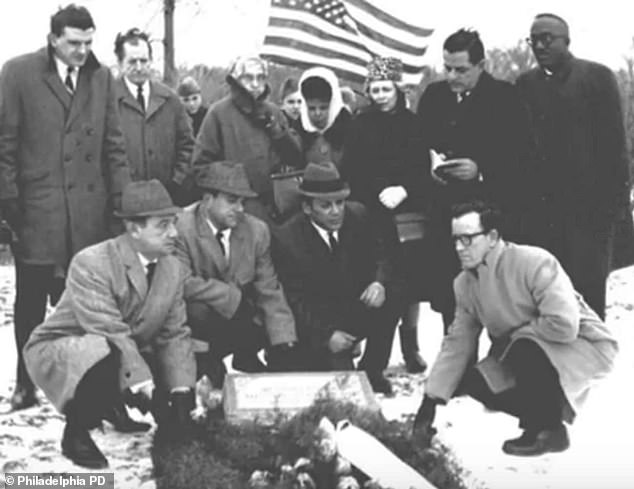 An Ohio woman claimed her mother bought the boy from his birth parents in 1954, kept him in the basement of their suburban Philadelphia home, and killed him in a fit of rage.

Authorities found her credible but couldn’t corroborate her story – another blind alley.

All the while, the boy’s missing identity gnawed at police officials, generations of whom took up the case.

The child’s body has been exhumed twice, and DNA was extracted in both cases.

Police are believed to have used genealogical DNA research to identify him, by searching for distant relatives in public databases and reconstructing the family tree.

In 1998, Zarelli’s remains were transferred from Philadelphia’s Potter’s Field to the Ivy Hill cemetery.

‘I just wish that the police officers and all the people involved who long passed away were still here to see it because that was one of their goals, and a couple of them said, ‘I hope they live long enough to see a name put on there’.’ 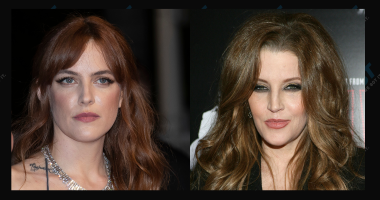 Following the memorial of Lisa Marie Presley, her daughter Riley Keough has… 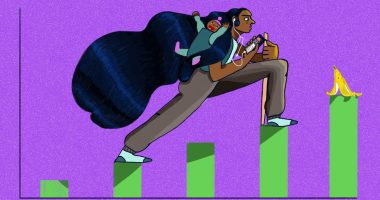 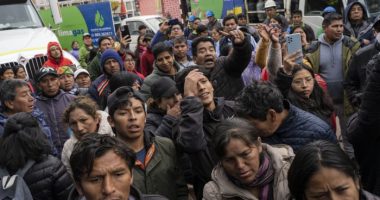 CUSCO – Marco Gonzales ventured to the Andean city of Cusco from… 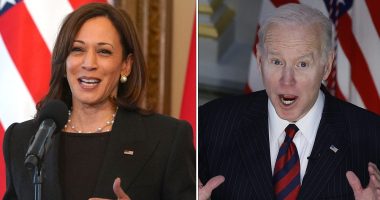