Royalist is The Daily Beast’s newsletter for all things royal and Royal Family. Subscribe here to get it in your inbox every Sunday.

“Well, Gloria, it seems as though you and I will be taking a trip to D.C. together soon.”

With those words, uttered during an “in conversation” piece for Vogue with Gloria Steinem reflecting on the Supreme Court decision overturning Roe v. Wade, Meghan Markle has once again triggered speculation that she could be contemplating a new act in her life, this time as a full-on political activist.

It was perhaps unfortunate timing by Meghan that she chose to do the interview just days before the well known date on which the royal accounts were published, a usually dry event made unusually interesting this year as the palace had reneged on an earlier promise to publish a report into alleged bullying by Meghan when she was a working member of the royal family living in Britain.

As welcome as that olive branch from the palace might be personally for Harry and Meghan, it put the spotlight back on Meghan for all the wrong reasons. But that should not distract from the significance of the interview itself, which, in criticizing the Supreme Court decision to wind back the clock on women’s rights in unambiguous and strident tones, was exactly the kind of thing that Meghan could never have done if she had remained part of the royal family.

What is the scope of Meghan’s ambitions? One of her chief naysayers, Dan Wooton, writing in the Daily Mail, quoted one of her close aides as telling him (while Meghan was still a member of the royal family): “I am now convinced there is something bigger going on here—an eventual plan that involves running for office in America,’ the courtier confided in a moment of frustration about claims of their principal’s increasingly uncontrollable behavior. “She’s obsessed with US politics. I think we’re (the Royal Family) now just a stepping stone to something she considers far more important and attractive.”

But Wootton says these political ambitions could be scotched if the nature and extent of the bullying allegations against Markle, which the palace has indicated it wants to bury forever and ever, ever surface. And given everything in today’s world typically does, how does the palace intend to keep everything hush-hush to maintain some kind of royal family peace?

Speaking of Harry’s family, the kind of intervention Meghan made this week is completely shut off to that other notably opinionated royal, Prince Charles. And while he might be unlikely to have much to say about U.S. constitutional abortion rights, he has plenty to say about other matters. He therefore is likely to view Meghan’s newfound stridency with grudging respect, admiration and perhaps even a tinge of jealousy.

He has been remorselessly criticized for his “meddling” over the years, with a negative comparison to his mother’s inscrutability often being made. However this has not stopped him wading into a whole range of debates, and he has been outspoken on a veritable cornucopia of issues ranging from farming and conservation to climate change, alternative medicine and architecture.

“He is not going to just suddenly shut up when he becomes king,” a friend of Charles told The Daily Beast. The friend added that Charles can become frustrated by what he perceives as the shackles his role imposes on his ability to speak and act freely on issues he feels passionately about.

Whereas Charles voices his opinions “privately,” before they become publicly known, Meghan gave very public voice to what millions of other people are saying publicly and privately: that the ruling was “a blueprint for reversing rights. The ruling is a signal about the future of same-sex marriage, contraception access, and many fundamental rights to privacy. It feels like the tip of the iceberg and is part of why people feel so scared.”

Asked if women’s rights were an issue she wanted to tackle, Meghan said, “Absolutely. Being home, seeing what’s happening in our country and feeling energized and motivated, if this is the type of legislation that we need pushed through, then this is a moment that I am absolutely going to show up for. Not just because it’s what we need as women, but it’s what we need as people.”

Republican politicians naturally immediately attacked Meghan, not just for her views, but for expressing them.

While many criticize Meghan and Harry as dilettante millionaires, the piece actually illustrated the extraordinary distance which Harry and Meghan have now traveled from the studied ambiguity and professionally neutral stance that shapes—some would say calcifies—British royal life.

There will inevitably be some critics who will say it was bad form for Meghan to reveal Harry’s political views on the matter—she said her husband was a feminist and described his appalled reaction to the SCOTUS decision as “guttural”—given that he is still sixth in line to the throne and has a vestigial constitutional role as a so-called “counsellor of state” who can, with another individual, act for the queen in event of her incapacity.

“It is remarkable how few celebrities—whether A-list on down to D-list—actually run for office.”

However others will salute the overtly political stance taken by Meghan in the interview, saying it is high time she began using her role to lobby for and influence causes she believes in, rather than merely enjoying a millionaire lifestyle in Montecito.

While campaigning on big issues feels like a natural next step for Meghan (her office did not reply to a request for comment) there is little expectation that Meghan is about to actually launch a campaign for office. For one thing, where would she run and when? California’s filing deadline to stand in the next round of elections is long gone.

And realistically, standing for and being in a public office is a very different proposition to picking and choosing key causes to support.

As political strategist Jon McHenry told The Daily Beast: “It is remarkable how few celebrities—whether A-list on down to D-list—actually run for office.”

That may not matter to Meghan.

On her first date with Prince Harry, according to the book Finding Freedom; “Harry talked about his charity work, excitedly telling her stories from his extensive trips to Africa. Their ‘passions for wanting to make change for good,’ as Harry described it, was, as Meghan said, ‘One of the first things we connected on.’”

It appears to be a passion that certainly hasn’t gone away. 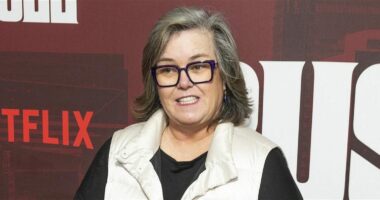 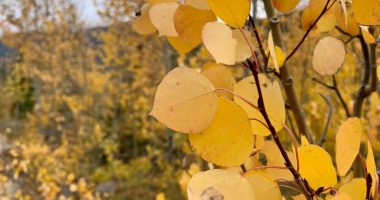 DENVER — It may still feel like summer outside, but it won’t… 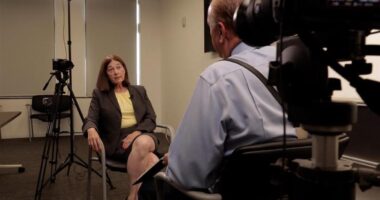 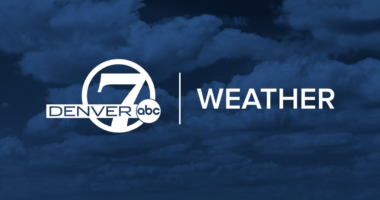 DENVER- A hot end to the week is ahead, with highs soaring…