Ukraine military insiders believe that the “most likely” attack will be a maritime and land assault in the south from Russian-occupied Crimea.

“We estimate one of the Russian scenarios could be an amphibious and air assault from occupied Crimea to seize water supply facilities in south Ukraine to provide water to Crimea.”

There has been a water crisis in Crimea since Russia illegally occupied the peninsula in 2014.

For the last several months, cities in the Russian-occupied Crimea have been rationing their water, reports have said.

For most of the region, locals are can only get water for six hours a day – three hours in the morning and three in the evening.

The crisis dates back to 2014 when Ukrainian authorities blocked the North Crimean Canal which had been supplying over 85 per cent of the region’s water.

Meanwhile, the EU’s top diplomat said on Monday that Vladimir Putin has amassed more than 150,000 troops on the border with Ukraine.

It is the region’s biggest ever military build-up.

It came as chilling satellite images showed thousands of Russian soldiers and armoured vehicles poised to invade from a base in annexed Crimea.

He said after a meeting of foreign ministers: “It is the highest military deployment of the Russian army on the Ukrainian borders ever.

“It’s clear that its a matter of concern when you deploy a lot of troops. Well, a spark can jump here or there.

“It is more than 150,000 Russian troops massing on the Ukrainian borders and in Crimea.

“The risk of further escalation is evident.”

He declined to say where he got the 150,000 figure, which is higher than the 110,000 estimated by Ukraine’s Defense Minister Andriy Taran last week.

But Mr Borrell said no new economic sanctions or expulsions of Russian diplomats were planned for the time being.

It comes after Moscow kicked out Czech embassy staff after it emerged two Russian spies behind the Salisbury novichok poisonings are also wanted for blowing up an arms depot in 2014.

Thousands of troops have been stationed in a camp in Voronezh

The camp is located just 174 miles from Ukrainian territories and houses portions of Russia’s 58th army.

There are more than a thousand military vehicles on the site as well as accommodation for soldiers in rows in fenced-off areas.

Before and after pictures show the site was empty on March 15.

Pictures from the ground revealed by CIT also show rows of tents and a large number of military vehicles in the Russia’s southwestern region of Voronezh, which borders Ukraine.

As the build-up continues, Russian state TV has claimed that the takeover of Ukraine’s border region was “inevitable”.

According to Ruslan Leviev, an open source analyst with Conflict Intelligence Team (CIT), the build-up is “the greatest concentration of Russian armed forces since 2014 and 2015”.

Putin annexed Crimea from Ukraine in 2014.

Since then more than 14,000 people have died in seven years of civil war between Ukrainian forces and Russia-backed separatists in the disputed Donbass region.

A ceasefire has fallen apart in recent months with increasing outbursts of violence that threaten to erupt into a full-scale war.

Amid escalating tensions, British warships will also reportedly set sail for the region in May.

The UK’s deployment is to show solidarity between the Nato allies and Ukraine, the Sunday Times reported.

One Type 45 destroyer armed with anti-aircraft missiles and an anti-submarine Type 23 frigate will leave the Royal Navy’s carrier task group in the Mediterranean and head through the Bosphorus into the Black Sea, according to the report.

An MoD spokesman said:”The UK and our international allies are unwavering in our support for Ukraine’s sovereignty and territorial integrity.

The Russian ambassador to the UK has warned of a “bloodbath” in Ukraine – and vowed to respond if Kiev moves troops to the Donbass region.

Andrey Kelin said Moscow had “no intention” of a large-scale military conflict despite moving tanks and ships to Ukraine’s doorstep.

US ambassador ‘REFUSING to leave Moscow’ after Putin expels diplomats

Russia has now massed 150,000 troops on Ukraine border amid fears of invasion

SHOOTS FROM THE LIP

US President Joe Biden has offered his “unwavering support” to his counterpart in Kiev.

Russia has also been flexing its military muscle ahead of a planned anniversary parade on May 9 to commemorate its victory over Nazi Germany in the Second World War. 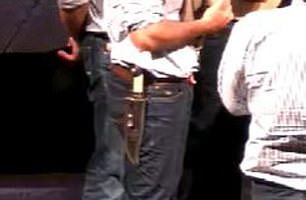 Edith Nesbit was just three when her father, a scientist and a teacher… 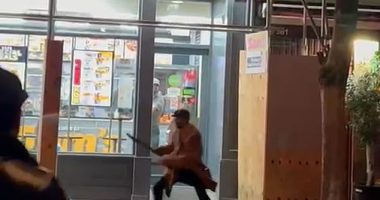 Bare it all? You don’t have to tell them twice! Jenny McCarthy…